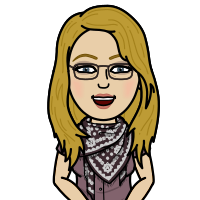 Grading Periods in Canvas -- When you can't set up "grading periods"

We are a large district that has allowed schools to set up a wide variety of grading periods. Why, I do not know. Those are definitely conversations we'll be pushing with out directors in the future. In the meantime, that variable situation does not allow up me to set up grading periods in Canvas to make the Gradebook sortable and grades accurate for a given 9 weeks.

Is there anyone who has set this up in a different way? My concern is that what students and parents will see for the second nine weeks is not accurate because it will be calculated in with the first nine weeks. There's also the sorting aspect in the Gradebook for teachers.

One thought I've had is to move older assignments into a 0% weighted category. Then make the current nine weeks set up with the Formative and Summative weights. This scenario seems to also move these older assignments to the end of the Gradebook. However, I hate to promote that idea with teachers until I have more feedback.

I'd appreciate your help!