Does anyone know why we got this error even when copying courses within Canvas?

WE can understand that it could happen when copying from Blackboard to Canvas but not within Canvas. Here are some error messages

@qnguyen ​, you would see the errors when coping from one Canvas course to another if the errors existed in the original course; regardless of where the course came from (Bb or Canvas). Have you clicked on the links and to see what the specific issue(s) are?

@kona ​ I actually clicked on the links but it lead me to the Question Database of hundred of questions, that is all
I found that sometimes Canvas gives the error message but there is no specific area was mentioned

I had this issue once. I would check two things:

I would also check to see if a quiz has a question group that is "Linked to a Question Bank" that wasn't imported.

I hope this helps! (on a related note, the link validator also didn't like anchor links that I have in my syllabus, but they still work.)

Another thing to check would be to see if any of the questions had images that did not copy over.l I have gotten those errors sometimes with images. Or, it could also be a question type that didn't copy over correctly and threw an error; that has happened to me also.

I had this same problem several quarters back, and Instructure Support was never able to fix it.

I was copying content from a previous term's course into the new course, and got a huge list of those same errors. Turned out, it was all of the True/False question items in my question banks. Because my question banks had been populated with Publisher content, our best guess was that this particular item type was either corrupted during  the original import of the publisher content (or a subsequent copying), or were in an incompatible format (Instructure's theory).

Since I never use T/F items, I just ignored them after that.

Yours is not a huge list, and I just tested this: when you click on the specific error line, it will take you to the question bank and place the focus on the exact item that created the error. Kind of tedious, but again your list is short.

We are giving the Canvas Admins area a little bit of love (especially questions that are really, really old) and just want to check in with you.  This will also bring this question new attention.

This question is far from answered. It is totally inappropriate to mark it as answered.

Clearly the problem is one that anyone who has tried to migrate from BlackBoard to Canvas has encountered -- even if you export from a pool or test and import it individually, any MATH or IMAGES that are in the answers or in the question responses are lost. Images or math in the actual question seem to come through, but not images elsewhere in the question. So it requires re-typing huge amounts of math (because those images are not easy to find in BlackBoard manually) or re-uploading a large number of images.

Things get worse if you have formula questions. In those cases, the pre-calculated ranges are imported, but the formulas show up as escaped MathML rather than actual editable formulas.

These import issues are so well known and so old and yet Canvas has put no effort into improving the import process. Instead they mark genuine questions pointing out real headaches as "answered" because the original poster is too exhausted to maintain a thread that is otherwise useless because Canvas refuses to actually come up with a solution. 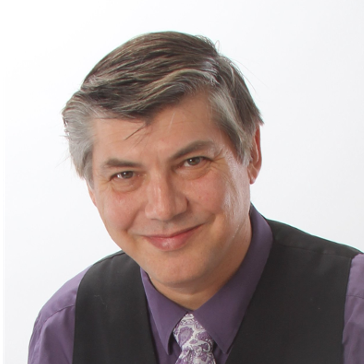 I find this problem is huge when importing even canvas export packages.  The only way teachers on my campus have to share question banks is to export the course, and then the other teacher imports selected items in the course (question banks and images).  After the import, the questions do not link to the images, but back to the images in the original course that was exported.  In the html for a question with an image, I find stuff like this <img src="/assessment_questions/1234567/files/996000/download?verifier=3qJNsJ8jFvccqpUpEtTxrYnUM6yt917kq2jO1QZw4", ... which is a link to the original course, and some kind of token to allow access.  If you edit the question in any way, the link is broken.  If the original teacher deletes the course, the link is broken. It's a huge amount of work to relink every image in a large question bank, and that should be done in the import process automatically.  Also, this problem doesn't only apply when importing from Blackboard.  It happens canvas-to-canvas as well.

I would like to re-ampliphy this problem.  I teach multiple computer science courses and have been fighting this canvas import/question bank issue for a few years now...

In our current time of increased focus in online teaching, I find this specific and repeatable issue to be an achilles heel for Canvas, relative to the stated "best practices" for using question banks (question groups).

Please note that the import I speak of below is cloud-based (it is completely unaffected by my computer, since I am importing from "an existing canvas course" that I previously taught, into a new canvas course... I never use my computer's file system to execute the import).  Also note that I am NOT importing question banks; I am only importing quizzes that reference question banks that exist and work that I "own" and manage in canvas.

I can absolutely document repeated and random import failures of quizzes that utilized links to question banks that are valid and which exist in my hosted (prior) canvas courses.  Question groups that utilize links to question banks, when imported from my old course into my new course (same class, different semester), will absolutely fail RANDOMLY when brought into the new course.

The significant and notable bug (and make no doubt that this is a serious import infrastructure Canvas bug) is that canvas will sometimes successfully preserve a link to a different question  bank in a one of my courses, and sometimes it will not.

Also, I can see that the total number of questions created in the new import is different and increased.  It appears as if when canvas import fails on a specific question group, it tries "again" and creates a second broken question group.

I would also like to point out that I have looked broadly for a pattern that would explain these failures and I have read the suppositions above that perhaps this is related to the type of questions that exist in the linked question banks, or perhaps that it relates to the name of the question bank, etc.  But I can find no pattern.  Moreover, since what we are trying to import is merely a link (!) it is hard to fathom what specific aspect of that simply import step could be failing randomly.  I am left to believe that it is not the nature of the content (links) being imported, but rather a random failure at the cloud-level in some strange way.

As a result, my quizzes from prior semesters, when imported into my current semester class, are corrupted in random ways.  Each question group may or may not survive import. (an I use a different question bank for every question... so the scale of this failure is quite massive across the entire semester and across all of my courses).

And (and this is critical)... when I delete and re-import that quiz again into my new course... I get a DIFFERENT result each time I attempt a new import!

This means that the canvas import software is not operating in a deterministic manner.  This may mean that the bug is caused by internet latency at the cloud level (again - my computer is not part of the import transaction so this is a problem in the cloud infrastructure to be sure).

Below are two pictures that show the "before" and "after" of import of a specific quiz.

This does not represent total failure (because some links are preserved) - so we cannot say "this is not supported"... because it works (albeit randomly).

So honestly how does canvas expect us to invest in time to build persist question banks that we can share across time and across multiple sections of the same course (!!!) if we cannot trust import to preserve links across courses to other question banks which I categorically own and have access too (and which clearly persist and can be referenced manually).

And... if the answer is "Try the new quiz system, it might work"... I would first like to hear canvas acknowledge that this is a broken artifact of the current platform before I roll the dice on the new and partially implemented quiz system we are supposed to use.

Original Quiz (all good links to question bank questions hosted in this course): 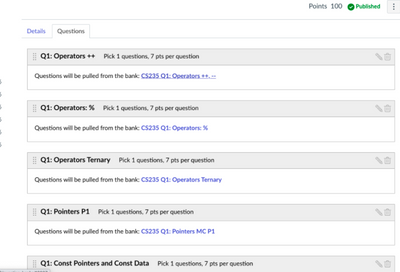 Imported quiz from the above course being used in new course for the current semester - NOT importing the question banks themselves, just the quiz.

Note that the top few links in the imported quiz below come in fine, except for the Q1 question group.  This question is broken because it does not contain a link which we can clearly see in the image above.  This break can be easily fixed by manually recreating a new question group and manually linking it to the same course question bank used by the other questions:

And here is a subsequent import that shows DIFFERENT RESULTS!!  (all I did was reimport with the same settings, which overwrites the same quiz and replaces it entirely... but with different results).  You can see now that question 1 and 2 are broken this time.  This behavior repeats randomly no matter how many times you re-import this quiz: 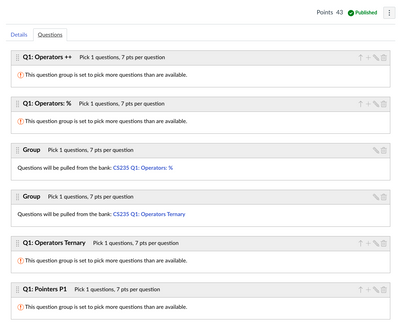 And here are my import settings: 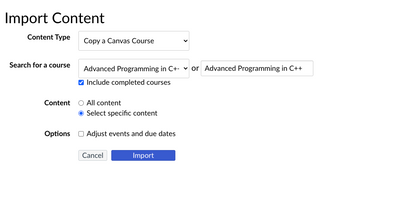 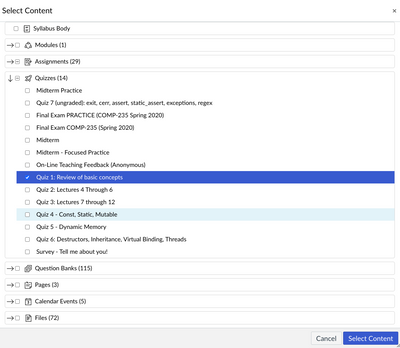 Help Canvas Help!  I have spent hours documenting this issue in the hopes that we can find the problem and get it resolved.  I hope to receive a substantive answer that is based on as much effort as I have offered here to represent the problem.