We were just made aware that the Canvas Zoom App is being deprecated (Nov 2018) and there is a new Enhanced LTI they want us to use.

Has anyone installed and use this new Zoom LTI? It looks to NOT use a Dev Key and only use LTI (no API calls??)

If you are using it - what functionality does it have right now beyond putting a link/button to Zoom (website proper) which just embeds Zoom into the Canvas frame?

I was happy to see the calendar in the update to LTI Pro! FYI - if you want the calendar features then you will need to use the Developer Key install options. Which, aren't in their help guide yet but if you are familiar it's fairly obvious what to do in the Zoom marketplace panel. There are different layers of settings and management.

How seamless or difficult was it moving form the enhanced integration and this Pro with the Canvas calendar feature?

We never installed the prior LTIs b/c they were features missing we wanted and some other oddities. So - LTIPro is a fresh install.

My own process would be to use Beta and Test to figure out what happens, potentially close to the refresh date to get more play-time.

One of my colleagues at a different northeast institution noted that going from the old deprecated LTI to the LTI Enhanced caused existing Zoom events to fly away. Maybe they fixed that?

The original LTI that used a developer key was problematic because it gave Zoom too much access and had some Canvas admins nervous about what Zoom could do or privacy concerns. We did not use this LTI for that reason. Recently our Zoom rep let us know there was a new "Enhanced LTI" which did not use developer keys. We checked out the documentation, and the Enhanced LTI seemed to be a pretty standard LTI configuration, so we installed it.

Shortly afterwards, there was mention of another newer "Pro LTI" which claimed to have a lot of new capabilities. When looking at the Pro LTI documentation, we noticed a few strange things. First, you have to download and install the "Pro LTI App" from the Zoom Marketplace in order to get the LTI Key and Shared Secret to install the Pro LTI.

There was already a Zoom admin interface which we had used to generate LTI keys and secrets for the Enhanced LTI, so we were puzzled why Zoom couldn't just add another page in that same interface to generate Pro LTI keys and secrets? Why make a separate Pro LTI App that has to be downloaded and installed just to get an LTI key and secret?  Does anyone know of another vendor's LTI that you need to install a local App just to get an LTI key and secret?

Before installing the Pro LTI App, you have to agree to permissions that you didn't need to before with the Enhanced LTI.

We've also been given multiple documentation links which has been confusing, though I think this is probably because not everyone at Zoom is on the same page. Just from past experience with dozens of other well-integrated vendor LTIs,  I don't see why we need to install a local "App" that forces you to agree to permissions to view user information. After the earlier Zoom developer key issue, I think Zoom needs to explain why they need this permission and exactly how Zoom would use this information.

hi Paul - thanks for that info! We're currently trying to get things squared away with Zoom and the Pro LTI. Right now they can't figure out why my admin status in Zoom can't configure it. We see the Manage tab where you can get all the key/secret info and put in the dev key. Maybe something has changed since they first launched LTI Pro?

Can you  post the links that they provided you? My next step is to have them outline their API calls as we'll want to scope their dev key. Any info you have on that would be great and put us ahead of things. 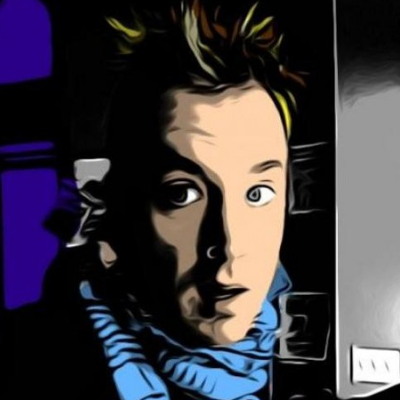 You don't have to delete the enhanced LTI for the Pro version - I was able to have both in one course and I didn't see a problem per se.

But we are just beginning a pilot semester with Zoom (we currently use Webex enterprise-wide), and since the LTI was installed on a course-by-course basis, I just replaced all of the apps today (our rep was clear that the enhanced LTI is no longer being developed).

Getting started with LTI Pro

Many of the links in that document go to a generic page - but many of them are page anchors so just scroll through the document.

The link to the canvas installation guide works.

Unfortunately the links Zoom sent me went to the "Oops!" page, and to make matters worse, both the rep and tech kept copying each other's links when I requested ones that worked! Once you have the LTI Key and Shared Shared secret, installing the LTI is pretty standard. You decide which account you want it in (we had a Pro seat limit, so we put it in a sub-account, and did not choose Auto Provision). After some searching, I found this link which shows the installation process: https://zoomappdocs.docs.stoplight.io/guides/canvas

I would send this link to your rep and ask if this is the latest - the only thing that would change in the install would be in the XML you paste (they may have updated it).  Hope this helps.

Yeah, their docs are a mess right now - I put in a support ticket about it (actually more just suggesting a note about the Pro LTI on their older LTI doc pages), and they responded that they were aware that the docs were a little bit of a mess right now, but that they hope it will all be clearer soon. A Sales Engineer told me separately that he's been attending meetings where they're working on the docs, so hopefully everything will be clearer in a week or so.

Yes, a little heads-up from Zoom would have been nice.

This is my biggest headache with the LTI system - I've found in general that vendors have a hard time communicating big changes (especially deprecations) effectively, but I don't know why.  My guess is that LTI integrations are seen as "plumbing" and so they don't get the same attention from PR/communications folks that new features do, and so it seems like there's always one or two surprise broken apps at the start of every semester.

There are some exceptions, of course - Turning Technologies has been super proactive in letting us know about their upcoming switch to a new LTI launch mechanism (like gave us a year's notice, and were very persistent about contacting people around Campus until they got in touch with my group).