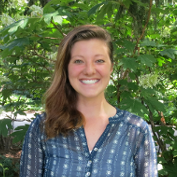 Am I able to see the total number of comments within a discussion group post?

Since you need to know who posted, not just how many posts, I think you will want to step a bit outside of the native functionality of Canvas and have a look at  @James ‌ work on How to Count Student Discussion Posts‌. This could also be possible utilizing Canvas Data‌ but that would be quite an undertaking for a relatively small task.

Let us know how this works for you and if you have any issues along the way.

I'm unsure whether you're talking about only replies to other students or if the discussion is set to post first? The https://community.canvaslms.com/groups/canvas-developers/blog/2016/01/02/how-to-count-student-discus...‌ that awilliams pointed at will give a count of all of the posts, but it doesn't discern between posts to the original question and replies to other students, it just counts the total number of messages left in the discussion.

If the discussion is set up to be post first, then you could get close by subtracting one from everyone's count (in my experience few people post more than once to the original question, although it sometimes happens so I won't rule it out).

An alternative approach that doesn't require subtracting one is to use the COUNTIF() function of a spreadsheet. It counts the number of cells that match a certain criteria. Let's say that the results for this discussion are in cells D2:D45.  Go somewhere outside the table and enter a formula =COUNTIF(D2:D45,">1") to count the number of cells that have more than one post.

If you're just using it as a way to incentivize the students or encourage them to participate, I wouldn't get overly worried about it and the spreadsheet should be good enough.

Thanks, James! The posts are set up to be post first. I am referring specifically to the replies to other students, so it would be pretty simple to use the subtract one method or your suggestion! Your instructions are very clear, however, I am having trouble locating my course hostname? I tried copying and pasting from the Carmen homepage and inputting my name like the example, but neither could be found. Are you able to provide me a bit more guidance on this? I was able to generate the token just fine.

If that doesn't work, the Canvas instance is the part before /courses and the course ID is the part after courses/

Apologies -- we use Carmen/Canvas interchangeably. That worked thanks! I am all set up. One last question -- will this only show those students within the course that have previously posted in one of the discussion boards within my course? There are approximately 550 students in the course, however, only about 350 generate on the excel sheet (my discussion in question is not due until next week so not all have posted to it yet).

It only lists students who have participated in at least one of the discussions in the course. If they did not participate, it doesn't show up.

If this is your first discussion, it could be that they just haven't participated yet.

If this is your third or fourth discussion and you've got 550 students, there could be something else going on. Google Sheets has an execution time limit of 5 minutes for any script. That is, the script will stop running after 5 minutes and that might happen in the middle of processing a discussion.

If that happens, then you'll want to go to the Data sheet (second tab at the bottom) and delete all information AFTER the last discussion that was fully processed.

Let's say I want to Discussion 6 processed, but the stuff after it didn't. I highlight the rows (the numbers on the left) after Discussion 6, then right click and say Delete Row.

Then, choose Append instead of Refresh.

In the future, wait until the discussion is over before you run the script, then choose Append New Discussions each time so that it can skip the information already in the spreadsheet and get to the new stuff.

James -- thank you for all of this information. Unfortunately I discovered that Google/Google Drive are not supported by my University. Is there any way to run this data in Box or another platform?

You don't need Google Docs or Google Drive to be supported from the university unless there are rules regulating the storage of information in places. You can sign up with a personal account and then use a token.

But no, my version is only available as a Google Sheet. A programmer could probably take the code I've written and make it work somewhere else, but it's not in Excel.