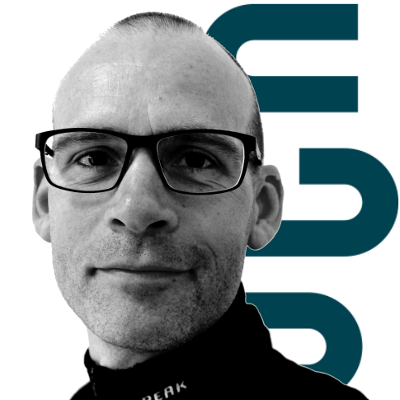 Being both a teacher and a student in the same course

I just found out that you can both be a teacher and a student in the same course. The only difference is that I can see myself appearing in as a student (e.g. in Attendance). So, my question:

I also have this question
9 Kudos
Share
Reply
1 Solution

Thanks for your replies - all helpful. Doesn't sound like I'm breaking anything 🙂 I will consider the test-student setup instead of having the two rolls in the same course.

1. I wouldn't call it dangerous because your teacher role will override the student role in the cases I've seen.

2. Advantages are you can award yourself badges that you've made for your course if you're using canvabadges.

3. Disadvantage is you aren't really seeing what a student sees because your teacher role supersedes the student role. Student View is better because you can Reset the Student view and take a quiz again or look at everything like a fresh new student in the class.

In addition to what Matthew wrote ...

I am both teacher and student for my sandbox. I was developing some Learning Tool Interoperability (LTI) applications and needed the student role to be part of the process. That's how I ended up with both and discovered I could have both. I'll complicate things a little further by saying I also have account admin rights for our instance of Canvas.

As I do testing with things, it's nice to have a person other than test student who can receive grades so that I actually get the notifications the student would about stuff. Because I'm the admin, things don't show up exactly the way the student would see them. I don't know if that's the teacher role or the admin role, I can't separate them. But I've found that sometimes the test student doesn't allow me the opportunity to test certain features - like collaborations with Google Docs, which I use a lot, or the ability to see the grades for all of your classes from the top navigation menu.

My take-away is that as a teacher, I don't need to be co-enrolled very often, but there are a few times, very few, probably countable on a single hand, where it has been beneficial. Because I have that sandbox to play around with, I personally wouldn't do it in a production course with real students in it.

following on what  @MattHanes ​ and  @James ​ have said, I have a completely separate fake student (named "Demosthenes T. Student," or "Demo Student"), to enroll in my courses.

The advantage to this is that I can view the course almost exactly as a student would; the Test Student is great, but has limitations, whereas my Demo Student is a real fake (albeit oxymoronic) student. I've discovered many a design kink and bug (some were mine, some were UI) using Demo that I never would have seen using Test.

The disadvantages are (1) having an extra student participating and earning grades in a course does indeed affect analytics; (2) my Demo Student, unlike my regularly-enrolled students, doesn't have school credentials, and so cannot use all of the SSO-based solutions (he can, however, access some, which is kind of astonishing); and (3) because of the above two limitations, not every school will even allow the use of fake real students.

Thanks for your replies - all helpful. Doesn't sound like I'm breaking anything 🙂 I will consider the test-student setup instead of having the two rolls in the same course.

sbastian
Community Participant
In response to Stefanie
Jump to solution

stefaniesanders  This is exactly what I do! (But your fake student's name is much more creative than mine!)

It's been extremely helpful to be able to log in as my fake student and show the professors I train what things look like from a student's view  - as stefaniesanders​ noted - test student doesn't quite give you the whole picture. I should note I only do this in a sandbox course because of the analytics issue noted above.

Community Team
In response to sbastian
Jump to solution

Community Coach
In response to Stefanie
Jump to solution

The problem with creating fake students for some Institutions/faculty is that unless you give the fake student real login information (as in a valid institutional username/password) you can't use our normal login site to log in as the fake student. This means it works for admins (because I can masquerade as a student), but not very well for faculty.

Community Team
In response to kona
Jump to solution

There is a little trick I call the Canvas Backdoor, and those institutions that allow the creation of fake students will usually give out this remedy to those who've demonstrated a need for it. The admin of the account needs to navigate to Account | Authentication to find the URL for the direct login that accesses the Backdoor; this will allow the fake student to bypass the authenticated campus site on a browser, but it's problematic at best on a mobile device.

Community Coach
In response to Stefanie
Jump to solution

Oh we've got that URL and use it, but I find most faculty find it confusing to need to remember to use a different place to log in for the test student.