Is it possible to create a multiple drop down questions using the same set of choices in the drop down menu without typing the choices into each question? t

I believe stefaniesanders​ is correct on this one.  When you create a "Multiple Dropdowns" question, you'll need to input the same possible answer choices into each "blank" space within your question.  In my testing, the answer possibilities from "blank" #1 do not carry over to "blank" #2, etc.

@rowland , if I understand correctly what you're asking, I don't think so. I'm willing to stand corrected on this one. But: would a matching question work for you?

I believe stefaniesanders​ is correct on this one.  When you create a "Multiple Dropdowns" question, you'll need to input the same possible answer choices into each "blank" space within your question.  In my testing, the answer possibilities from "blank" #1 do not carry over to "blank" #2, etc.

When I first had this problem, I would play around with question banks. It's been a while, so I might have something off here, but I would take the question from Unfiled Questions and move it into a named question bank (I called it "Temporary Bank"). Then I would choose Find questions and pull a new copy (do not link it) from the question bank and end up changing the question while leaving the responses the same. I would tweak any responses that needed it, but you need to be careful about changing the names of the variables from question to question. Canvas had a bug (at least at the time) that would merge answers together if I removed one of the variables. If the responses are identical, then it should be no problem.

Canvas is also a little quirky when it comes to banks. It sometimes likes to tell you that you've already used that question. I can't remember how I worked around that. I might have used a bank from a different class or I might have had to import it into a different question set group and then move it afterwards. Sorry my memory is so foggy, but I've moved on to other ways.

What I finally ended up doing was creating my own questions through the API. But that elevates things to a whole new level that is beyond the abilities of most users.

I've been writing some multiple dropdown questions for my statistics class and putting them into a Respondus-like format in a text file. I then wrote a program that will parse the text file and put it into the format that Canvas needs and create the question through the API.

The format it needs to be in is unclear and the API documentation is wrong in places, so it is probably simpler for most people to retype the responses for small amounts of questions.

I have some programming skills and I hate repetitive tasks, so spending 5 hours to do something that would take 15 minutes is not unusual for me. That said, I had a lot of multiple drop down questions that were very similar. Some of them having close to 50 total items to type. The program was a life-saver. I still have to manually specify the course, quiz, and quiz_question_group id's in the code, so it's not slick, but it (for me) beats manually entering the questions.

Once I had figured out how to do that, I used a similar approach to create a quiz with 9 numeric response questions, each with 150 possible versions, so 1350 questions in all. I would not want to manually type them all in by hand. Especially since I hosed the two of the questions and had to redo them.

Another alternative that you could use, but I never did, is some kind of automation software like AutoHotKey. Scripts like that prone to timing issues and adding new responses or deleting responses that weren't used can be problematic. I've used it before when creating rubrics.

This is yet another aspect in which Canvas's lack of copy-paste functionality is a total let-down. I just ran into the same problem: 10 drop-down menus with the same 10 options in each = 100 things to individually construct for a single question. Yes, matching would be preferred, but the matching option can't handle images.

Back to typing answers now ....

Community Coach
In response to bsr
Jump to solution

lvitanza
Community Participant
In response to bsr
Jump to solution

I agree, this is very frustrating. 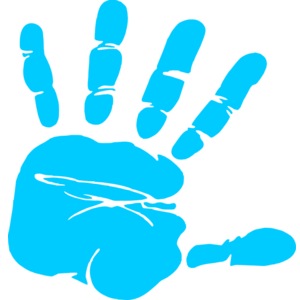 I think this is the relevant question/thread and I would sincerely appreciate it if any answers came in simple, non-technical English suitable for a digital moron and technophobe such as I.

I painfully worked my way through all the stuff about using a drop-down question to create a matching question that involves images. (I teach art history.) I created the table and put images in the left column. After reading this, that and the other thing (Crikey, does  no one understand how to write sequential and clear directions?) and wasting easily a couple or three hours, I found the requirement that the [matching text] has to be in brackets.

I am stymied now. One cannot use [image 1], [image 2], [image 3] and so on, as the example shows, because the program doesn't seem to recognize it. I can get [image] or any other single work to show up in the drop-down menu where it says "Show Possible Answers For" [Enter Answer Variables Above].

Will someone please tell me: what precisely should I put in the right/text column that will set up the matching with the image in the left column? In the manual with the blue/orange example, blue is [color 1] and orange is [color 2] and it seems to work. But using [image 1] and [image 2] and [image 3] and so on in this structure does not appear to work. I don't mind typing all the choices repeatedly into answers. That's a whole lot less work than getting this &%@X)& structure to work at all.

Really. I am dying for step by step instructions. And I have to publish this by Wednesday noon (3 1/2 days from now) and time is running out. Thank you.

ellenbcutler
Community Contributor
In response to bsr
Jump to solution

Brantlee, I am having a related problem. I teach art history and to do matching with images, I have been directed into this quagmire of the drop-down question structure. I'm a total idiot at these things. Can you explain to me in words of simple Engish how you do matching with images using this structure? Say you have a table with three images in it. Say you want to match three artists. What exactly to you [write] in the right hand column inside those brackets? Then do those variables actually appear below after "Show Possible Answers For"? Then do you type in the answer variables in the answer boxes? Right now I can get the [Answer Variables From Above] to appear in that drop-down menu unless they are identical. And I just don't know what to do.

I have similar issues with a music exam I'm trying to assist a faculty member with. He has a listening exam with 20 questions (40 possible responses because the student must identify both an "Artist" and "Title" of each song from a list of 20 Artist and 20 Song Titles). Having to enter 20 possible responses to each category (20 Artist, and 20 Song Titles), is a long drawn out process of having to re-enter the possible responses these. It would be helpful to have one list that replicates for each "Artist" column, and each song "Title" column. After going through creating the entire exam, the quiz was scoring correctly, but then, there is a glitch in the feedback with providing correct answers to the students. I'm concerned about the stability of the exam. I did a chat with Canvas rep and was told that I should use a matching question type. The multiple drop down is the only thing that will mirror the structure the instructor is wanting.  Canvas indicated they would forward to the engineers. I'm waiting for a solution...