It appears that if Discussions have "Users must post before seeing replies" checked, students can't see the rubric until they post. Is that right? Thanks

Nancy_Webb_CCSF
Community Champion
In response to kblack
Jump to solution

Thanks  @kblack , I posted on the Viewing Rubric document too. One of our teachers had this same issue and she is reporting to Canvas support as requested.

I wonder if this is a change since our most recent Canvas update, since this seems to have appeared just a few days ago.  I verified in the Test environment that removing the "users must post before seeing replies"  setting fixed the issue.  Seems like we've all tested it!

I have a host of health professions instructors reporting this to me this morning as well. It IS definitely an issue! Hope they can get it fixed fast!

brendaa
Community Contributor
In response to brendaa
Jump to solution

I heard back from Canvas support and they have an open engineering ticket on this issue.  Please do report it to support and get added to that ticket so you are notified when the issue is resolved.

Nancy_Webb_CCSF
Community Champion
In response to brendaa
Jump to solution

I'm glad the engineering team is working on it.  One of our teachers called support about the issue and it took 2 calls to be told it was a bug.  Perhaps support team could have documentation updated to ask about the "Users must post before viewing replies" setting with rubric? 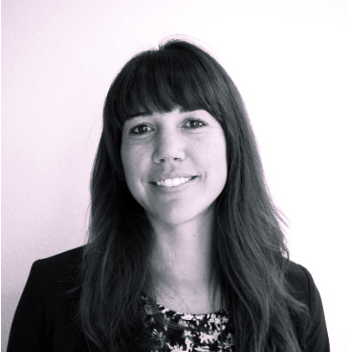 @L_Knight  and I noticed that some students could see the discussion rubric and some could not.

When our district reported this to Canvas as an issue, the Canvas rep was dismissive at first and told us that students have to go to the grade book to view the rubric.(?) We pointed out that that is not normal protocol and had to show several examples of inconsistencies before they would look into it. Finally, they said it was happening because of the setting "user must post first" and after they post they can see it. They were ready to leave the issue as is, but we had to affirm that it was not acceptable (a bug) and after all that they said they would bump it up to the development team.

When you report, be prepared to experience resistance on whether it is actually a bug.

Also, please vote on making discussion rubrics display as default. This was reopened for voting!

aolsonpacheco
Community Participant
In response to Stef_retired
Jump to solution

Hi Stephanie, is there any way to unmark your initial post as the "correct answer"? If you don't look into the comments, you don't see that this is actually a bug that needs more user reports for it to be prioritized to fix.

Community Team
In response to aolsonpacheco
Jump to solution

@aolsonpacheco ‌, I've marked the "please open a support case" comment as the correct answer. (I understand it's not a solution, but it is correct: affected parties need to submit a ticket.) Thanks!

aolsonpacheco
Community Participant
In response to Stef_retired
Jump to solution

Any news or traction on this ticket item?

Could someone from Instructure provide an update on this?  I was hoping to see something in the latest release, but I don't see anything that addresses this.