How do I override a late penalty?

I allowed my students to resubmit an assignment if needed, but now all of their resubmitted work is marked as late. How do I take off the late penalty without changing the original due date or removing late penalties generally?#late penalty 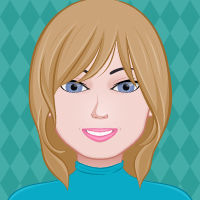 Hi  @carlsotg !  In the grade book navigate to the cell of the assignment where you would like to remove the late status.  You will see an arrow and if you click on that arrow a tray will be revealed.  Here is where you can change the status from late to none.  Here is a link to help you!

Hi  @carlsotg !  In the grade book navigate to the cell of the assignment where you would like to remove the late status.  You will see an arrow and if you click on that arrow a tray will be revealed.  Here is where you can change the status from late to none.  Here is a link to help you!

I have this same question! Currently, I am doing what  @BStutzman ‌ suggests, but I find it rather tedious: once I have graded the resubmission, I have to go back to Grades, find the assignment, and remove the late status. I was wondering if there was a way to override the automatic late penalty completely for resubmissions?

James
Community Champion
In response to jflores26
Jump to solution

I suspect that most people want late policy to apply to resubmissions that are late.

I'm not happy with late penalties at all. Until I can apply them on an assignment by assignment or perhaps only to particular assignment groups I don't see how I can implement them. Other people aren't going to be happy at all. Canvas thinks we're the fringe cases and they develop for the masses. However, they have indicated that they are discussing what to do about the late and missing labels, so something may happen. I still doubt that they will treat resubmissions differently than submissions.

There have been several feature requests to be able to change the status directly from SpeedGrader. Most have been archived for low vote tally, but https://community.canvaslms.com/ideas/13319-apply-status-while-in-speedgrader  is currently open for voting. You may want to go there and lend your use case and support.

Back in January, I wrote a script that you can run that will get rid of all of the late and missing tags for an assignment (or all assignments if you like). Removing Missing and Late Labels . However, this does not discriminate late submissions from late resubmissions, so it will not work for you directly. It might give you some ideas of the complexity involved in updating these.

The script won't work, and cannot be easily changed to work, in your case because determining whether the resubmission that occurred after the due date was a resubmission of something that was before the due date or a resubmission of an already late assignment is difficult. The information returned by the API call does include an attempt count, but it doesn't have when the first attempt was. You can obtain a submission history, which includes all of the submissions, but it also includes a lot of other information that isn't needed for this problem, making it much slower to process. Canvas could do this internally, but doing it through the API is going to be slow, especially if it's a quiz. Given the number of students who make resubmissions after the due date (at least in my classes), it's easier to go through and manually adjust things. But it would be nice if the status was in SpeedGrader so you didn't have to go back to the gradebook to change it.

jflores26
Community Participant
In response to James
Jump to solution

Thank you for this. I think to simply be able to adjust/change the submission status on SpeedGrader directly will make things a lot easier.

How do I shut off this irritating feature. I cannot stand it, For some reason it is deducting points in the grading. How do I shut this off??

The problem I'm having is a quiz is set to keep their highest score (not necessarily the latest). Their first attempt is on time. Their second attempt is late, but they were just doing the quiz again for practice and got a lower score because they were practicing a few problems. The highest score was the first attempt, but it deducted for lateness because the second attempt was late.

Yes same problem!! Students are being penalized if they practice, this is not good pedagogy. The other major issue I've had in any course that uses an external tool for grading, those assignments also get late penalties. An assignment level late policy would quickly solve many of the above issues, and having the late penalty calculate BEFORE taking the best mark, would sole @jbreitzer 's problem

cameron_redsell
Community Participant
In response to James
Jump to solution

The link to your script seems to be broken.

DO you then just run this script daily, and let students know that grades may show lower temporarily?

bosborne723
Community Member
In response to cameron_redsell
Jump to solution

I am having this exact same issue!  Canvas, please fix this.  It's very frustrating to have to track students who practice quizzes at a later date and override the late penalty for each one.