How do you add students from PowerSchool?

I have many students that are not added to Canvas that are in PowerSchool. I have been creating their accounts in Canvas, but I notice these students grades will not push over from Canvas.  Any idea how I can fix this? #powerschool

There is a guide for that here in the community, How do I publish grades to PowerSchool, and thankfully it includes some additional troubleshooting resources because my institution does not use Powerschool. Let us know if you're able to get this working.

Hi,  @james_sanzin ‌, here's the tl;dr response: Contact your school's Canvas admin to have the missing students added to their courses in Canvas.

James, awilliams‌ has pointed you in the right direction. Typically the way the PowerSchool integration works is that any students who appear on the roster for a class in PowerSchool will automatically populate in the corresponding Canvas course via an SIS integration. If that process goes awry--as it sounds like it did in this case--creating accounts for students in Canvas and manually adding them to the course will not establish a link between those students and PowerSchool. They're effectively "orphans," because their enrollments haven't been created by SIS.

I'll refer you to this document as well: FAQ: Canvas and PowerSchool  Most of it is meant for the admin responsible for setting up the Canvas-PowerSchool integration, but this section is relevant:

What information do I need to create in PowerSchool?

The Canvas PowerSchool Sync process will pull the following information from PowerSchool:

And "data created in Canvas" refers to Users and Enrollments, among other things.

According to the guide, the sync with PowerSchool is usually performed once a day in the evenings. If your students are not appearing in the Canvas course as they should, it sounds like another sync is in order. So contact your school's Canvas admin to have this resolved.

I've also shared this discussion with a PowerSchool expert in the Canvas Community to get an additional set of eyes on it.

I recently inherited the role of Canvas Admin.  Our original admin had me manually creating the new accounts.  I have noticed that it is a widespread problem  of there number of students who do not have accounts in Canvas, but have been students and in PowerSchool since last semester and have been enrolled in our school system for years. .  At first, I thought it was only new students.  I will read through the guides to see if I can find the problem. Thanks for pointing me in the right direction. 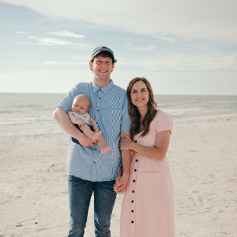 Instructure
In response to james_sanzin

Hey James! Stephanie is correct. It seems like something is definitely broken with your Sync. If you reach out to your CSM they should be able to help guide you. If you aren't sure who that is, please DM me and I can get you in touch. Thanks!!