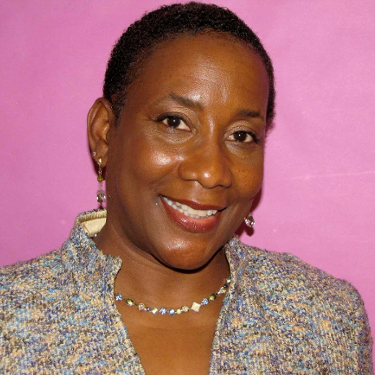 COURSE COMBINE:  In Bb 9.1, I was able to create one (combined) course that contained student enrollment from six (6) unique courses.  Then, I created self-enroll groups for each of those courses within the combined course. After that, I could create unique learning modules for each group.  Access to the content in the learning module(s) was determined by group membership.   The only limitation was that students saw ALL the assignments across the combined course in the Grade Center.  However, this never presented an issue, once explained.

So far in Canvas, I have learned to combine enrollments, create groups and delineate assignments and quizzes.  However, I am unable to figure out how to segregate the availability of content [pages, discussion boards, etc.] by group.  Yes, there are "Pages" within the group, however, there is no real way to simulate the Learning Module functionality as in Bb.  Any help is appreciated!

Content lives at the course level. Using differentiated assignments, you can restrict assignments to sections or individual students, but not "groups". The term "groups" in Canvas means something very different from common language use. A group or team to most people means several people working together on a common task. In Canvas, that is not how groups are handled and there is a lot of overhead created with Canvas groups. They create a miniature course for the students where they can create their own pages, have their own discussions, upload their own files. But groups cannot be used for deciding who gets assigned something and when groups are used for an assignment, they allow one person to turn in the assignment for the entire group, which may not be what you want. Furthermore, student-created groups cannot be used in grading because a student may be in more than one group.

There may be some approaches that might help, but nothing is going to be exactly what you had before. Canvas is not an open source clone of an existing system, designed to provide the exact same functionality at a lower cost. They have their own way of doing things and much of it is backed in good pedagogy or operating the way that students expect things to happen. My recommendation to people when they switch from one system to another is to take that opportunity to rethink how things are done. There might be a better way to accomplish something that they weren't able to consider because they were too locked into doing things the way the previous LMS allowed them to do it. On the other hand, there are some definite areas where Canvas can use improvement.

There are Mastery Paths in Canvas. I've not used them, so I won't be able to provide much insight beyond a link to the Canvas Instructor's Guide where there are several pages about Mastery Paths under Modules. For an introduction to Mastery Paths, be sure you read the How do I use MasteryPaths in course modules?  from the Instructor's Guide. Although it is based on student performance, I have heard of people making that first assessment to start them on a path be on a path a more demographic question like "what group are you in?"

Mastery paths do a lot of work based on differentiated assignments and you can simulate a lot of the functionality of Mastery Paths without actually using Mastery Paths, but it may be more complicated. For instance, you can create assignments that contain links and instructions to information that group should see. Make that a non-graded assignment type so there is no grade for it and it can be used as a placeholder for all of the information or links that you want that group to access. Then you used differentiated assignments to assign that assignment to a group.

Differentiated assignments are easier if your "groups" are officially "sections" rather than groups. As I mentioned above, groups cannot be used to differentiate assignments. If each of the six courses was their own section and that's how the groups were assigned, then it would be easier. Letting the groups from different sections work together means that you would need to go through and manually assign each student to each assignment --- this is not a fun task.

Thank you so very much for the detailed explanation!  We're just adopting Canvas and the nuances are many!