If I split a student group in two halves, how can I let canvas assign peer views automatically such that one half submits an assignment and other half review the submitted assignments?

We have a group of 60 students and would like to give half of the students an assignment and ask the other half to peer review it. The week thereafter, we change the roles (those reviewing become the ones submitting the assignment).  Also, this needs to be anonymously (so discussions are not an option). How can let canvas assign the peer views automatically such that the peer reviewers are drawn from the group of students who did not submit?

So far, I only found options to let peer reviews be assigned automatically if the student also submitted an assignment.

Unfortunately for you, the answer is that you cannot do this automatically from within Canvas. My wife would say I need to add "yet" to the end of that.

I tried some things using differentiated assignments and was not able to accomplish what you want manually.

I can use differentiated assignments to have different due dates. I made Amy in group 1 due first and Bob in group 2 due second. I assigned Bob a peer review of Amy and then had Amy complete her assignment. Canvas doesn't let Bob do his review until he first submits his assignment.

At this point, your best solution is probably some kind of really clear instructions to the students. The solution is complicated and there's a lot of places it could go wrong if students are confused. So be clear and repeat often.

Here are the assumptions I'm working under.

Under those assumptions, here's what you can do

You will also need to indicate due dates and stress those in class as the assignment will need to be open for the whole time in order for this to work. If you want two separate assignments so that you can specify the due date, then you won't be able to use the same groups unless you manually create them. You can randomly assign them the first time through, but if you duplicate the assignment, it doesn't duplicate the peer reviews that went with it, so any random assignment of peer reviews for the second round would be different than the random assignment of peer reviews for the first round, thus negating what you're trying to accomplish.

Sorry this is a complicated response, the functionality for what  you want it just not built into Canvas right now and so you have to work around what can be done.

I haven't used peer reviews in a couple of years, so someone may have an alternative way of accomplishing this, but hopefully this will give you something that you can use. 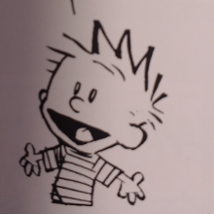 I have a similar question  James makes these assumptions:

I do not have single assignment.  My idea was to have half the class be WRITERS and half the class be REVIEWERS.  The next week the roles would flip.  In other words, group A is writing about education's role in a modern democracy and group b will never write about that topic.  They will offer constructive criticism via peer review but they are not doing that assignment.  Is that easier or harder to pull off?  I'm fiddling with it myself but I've only been using Canvas for 2 years

Do you have a small class?

If so, the easiest way is going to be to manually assign the peer reviews. There's not a way to carry over the list of peer reviews from one assignment to another.

However, if you are willing to combine the two assignments into one, then you could use the method outlined above. By that, I mean instead of having a Modern Democracy assignment and a (for example) Modern Plutocracy assignment, you just have a single Modern Society assignment. It could also be something as simple as "Writing 1".

If you have a large class, you may want to explore automatically assigning the peer reviews through the Canvas REST API. There are endpoints for listing, creating, deleting peer reviews, so it should be possible from a technical perspective if you were a programmer or had access to one.

If I were to write this, I would envision a spreadsheet with 3 columns: The name (for the instructor's sake), the Canvas or SIS ID (for the software's sake), and the group they belong to. It would grab a list of submissions for everyone in group A and then randomly assign someone in group B to peer review that submission.

Interesting problem. When I did something similar in the past, I had 40 some students and each student was given 3 submissions to review, so I had a lot of peer reviews to assign. I did them manually at the time and kept thinking that I wish there was an easier way.

I have been reviewing older questions here in the Canvas Community, and I stumbled upon your question.  I wanted to check in with you because I saw that you posted your question on October 2, 2017, but we have not heard back from you since then.  It looks as though  @James ‌ has provided you with some great feedback here.  Have you had an opportunity to review his response?  If so, did it help to answer your question?  Are there still any outstanding questions you might have as it related to your original question?  If you feel that James' response has helped to answer your question, please go ahead and mark his reply as "Correct".  However, if you are still looking for some help with this question, please come back to this topic to post a message below letting Community members know how we might be able to assist you.  For now, I am going to mark your question as "Assumed Answered" because we've not heard back from you and because there hasn't been any new activity in this thread since January 8, 2018.  However, that won't prevent you or others from posting additional questions and/or comments below that are related to this topic.  I hope that's alright with you, Julia.  Looking forward to hearing back from you soon.

I am not satisfied with solution offered. Canvas needs to change. I am using a work around and it is ugly and disrupts orderly progression of student learning and there IS a learning curve for students. A student cannot be a peer reviewer unless they do the assignment themselves. I want students to peer review assignments they are not required to do. How do I fix the problem? I require students to submit an "fake" assignment they didn't do so they can become peer reviewers and I do everything manually. It is a pain in the butt and Canvas should work with us to fix it.

Community Coach
In response to mdanza

I’m pretty sure  @James  found if he put a zero in the gradebook for all students then it would trigger the peer review - so students didn’t have to go in and enter a fake submission. I’m tagging him on this so he can clarify how this works.

Students do not like having 0's in the gradebook. Can the company the state of California pays to create tech solutions create a tech solution?

You don't have to put in a 0. You could award full points (or any point value) and then go back and change that to a 0 for anyone who doesn't complete it. I kind of like the 0 as it tells the student what is going to happen if they don't complete it. You can mute the assignment so the 0 doesn't count against them, but then they can't see any feedback until it is unmuted.

Every solution seems followed by a "but" or "however." That seems indicative of many of the problems that people seek solutions to -- there's not a clear-cut solution that everyone agrees is the best way to accomplish the peer reviews. There are too many people who want to do it their way.

Someone is welcome to make a feature request asking for peer reviews to allow half the class do the assignment and the other half review it. Be sure to link back to the discussion and link this discussion to that feature idea if it is created.

A  feature idea that might gain more traction would be to move the peer reviews out of the submissions block so that they show before there is a submission. However, there are people who want students to turn in their own work before they review other people's work. That means adding checkboxes and options and Canvas tries to keep the interface simple and clean. As with many things that faculty want to do, there is no simple, universally accepted solution.