Why is there not an option for "Keep Highest Scores" in the assignment group setting?

How does CANVAS/instructure suggest that we accomplish this? Is there a work around?

There are several posts for this feature suggestion on several different threads, but each does not have the vote count for implementation. However, if all the votes from different threads were counted the total would be different. This is a no brainer! Get rid of "drop highest" I cannot think of any instance where this would be used. It shouldn't even be considered a "feature", it should have been there from the start.

Before I answer your questions, I want to address the concept of this idea. I can understand from a user standpoint the desire for this feature, however, as a developer and university employee I don't see the problem. If there are 7 items in an assignment group and you want to keep the top 5 scores, then you only have to set Number of score to ignore for each student for "Lowest Scores" to 2.

Now, to address the questions you have asked I've set it up in the form of a Q&A.

Question: Why is there not an option for "Keep Highest Scores" in the assignment group setting?

Answer: The sum number of votes from multiple idea submissions is irrelevant when you consider that key part of resubmitting an idea is encouraging those that previously voted to vote again. Many of the votes are duplicates and thus add no count value. That isn't to say there aren't votes in one submission that aren't in another, but it still makes no difference. The vote count gives the Instructure team a feel for how the community feels about the idea. There is nothing that says "Hey, you got 100 votes, we're going to do this!" Instructure has their own plans for the development of Canvas. While it is heavily influenced by the community, somethings just can't be worked at the time of submission, for one reason or another. That doesn't mean it won't be done, but that it won't be done at that time. A perfect example of this is , which has over 400 votes for it, but the idea was too big to be considered as is for that time. If you'd like to have this idea reconsidered, then please submit it as a new idea, referencing previous submissions. You can learn about the idea and voting process at How do I create a new feature idea?

Question: How does CANVAS/instructure suggest that we accomplish this?

Answer: Instructure has not provided any suggestion on how-to accomplish this as it is not a feature they have provided.

Question: Is there a work around? 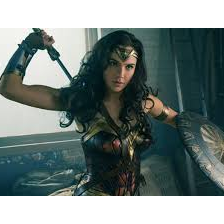 Keeping the highest, as opposed to dropping the lowest, is important for grade calculations throughout the semester, when an instructor is not sure how many quizzes or assignments there will be.  If we use the work-around you suggest, then we cannot calculate grades until after the semester is over, and students aren't displayed their accurate scores throughout the semester.

I keep the best 5 quizzes and assignments; I guarantee students at least 7 in this group.  However, the number of quizzes and assignments varies, depending on many factors, so there are 7 some semesters, 8 or 9 in others, 10 in some.  It works out well if we keep highest, as our previous course management system did, as scores are dropped off as new highest scores come in.  Same with exams -- the best 3 are kept.

At my University, we have 24 hours to turn in final grades to the Registrar from when exams come back, so with 3 classes, that puts a lot of pressure on instructors to get things graded, posted, give students a chance to see scores, and alert instructors to a problem.

I've never tried to test this functionality, but it was stand to reason that Canvas would drop the x lowest regardless of it is from a new assignment or a previously dropped one. Thus, if you add a new assignment that a student scores lower on, it would swap out which would be dropped for that student. If I can manage the time, I'll do some testing of this, but there's no other way this would work that I can logically see a programmer using.

As for not knowing how many activities there will be, that sounds like it should be addressed prior to the course running. It's understandable that there will need to be term-by-term adjustments, but there should be a basic system in place that accommodates the intended standard functionality. If the course is designed with 7 quizzes and "keeping the 5 highest", then it should be configured to drop the 2 lowest. Should the term demand that a quiz be dropped or added, then this should be handled on a term-by-term basis.

I'm not an instructor, but I do understand that those teaching multiple courses could easily feel overwhelmed having to accommodate such adjustments, but they shouldn't be last-minute adjustments to begin with. If you knew an activity had to be added, then you also knew it would adjust the weighting within the category and should've been accounted for then. The same goes for dropping an activity.

Using your example, let's take a quick look at how this could play out:

The grades with the asterisk (*) next to them get dropped for that term and the grade is then calculated normally. I hope this visual comparison better explains how affects the grade calculation. When everything is considered, the terms have a more average result, giving a better picture of how well the learning is going, despite the change in the number of activities. Whereas when you drop activities, there is a curve in the totals that favor the students that were lucky enough to get the larger number of activities.

In essence, the course would, ideally, run the same from one term to the next with an odd modification required that would be term-related rather than content related. This also goes back to my original note regarding the fairness of dropping any scores from a course based upon what would hurt a student more. Is it really best to help a student out that is struggling to meet the course requirements when it doesn't help another student that has successfully met them?

What my "solution" ultimately boils down to is that the idea of adding "Keep Highest Scores" is redundant functionality.

I teach multiple large sections (250-400 students) without the resources to give make-up quizzes and exams.  Attendance-taking is also a non-starter. The drop-score policy in place so that students can have a number of misses without grade penalty. The idea is to give as many assignments and quizzes as possible, while still covering the material that meets the learning outcomes of the class, and so this does vary within a semester. The material needs to get covered, the assessments may vary, deviating from the goal. Things that cause this variance include how much discussion occurs in a class, a campus closure, instructor illness, conferences that come up that require instructor absence, departmental events, and so forth. You personally may believe that an instructor needs to know how many quizzes or assignments there are, and you may also personally believe that it is wrong to drop scores, however, please keep in mind that users of Canvas also have not only personal opinions and beliefs, but also constraints which may not be obvious.  The hope is that Canvas will provide maximum usability.  Students do want to be able to see their grades as the semester proceeds, and it is hoped that the Canvas grade book can accurately reflect this, keeping the highest x scores in a group or category.  Thank you.

@thomasn ​, I am not trying to say that my opinion is correct or better, or anything of the sort. The question was asked regarding Canvas functionality and I provided background information regarding why my answer for it not being present fit into its not being there.

If you feel that this is a feature that needs to be added, you are more than welcome to submit it to the Share Ideas board. It has been submitted in the past, so if you do pursue it, you could look at the previous submissions to see if there's any changes you would like to see in the idea that may get it approved.

Keeping highest grades vs. ignoring lowest is necessary in the following situation:

Students are required to submit three essays in a particular category. After the grade is posted with a mark up of the original submission, the students have two options to improve their score. One is to revise the paper and one is to submit a fourth, fifth, sixth, etc. essay but only the top three grades will count. Without a finite number of submissions the "Drop lowest" option would penalize the student who submits only the minimum requirement.

I'd suggest setting up the fourth, fifth, and sixth submission activities so the student resubmits the first, second, and third or the alternate essays. However, this could result in the same essay being counted twice. As such, I have no simple work-around for the scenario. There is no way to accommodate such a scenario without the instructor manually adjusting for each student.

If you feel this is significant of a scenario, then I highly recommend resubmitting the idea as I mentioned in my reply to  @thomasn . You can use this scenario as leverage of its importance.

Edit: Upon further consideration, there is a work-around that I can suggest for that scenario. If a student resubmits the original essays, the instructor can set the alternate essays as receiving a 0. This would then cause them to be counted as having the lowest scores for the category.

Since this is still more work than simply doing the grading, I thought of a alternate to this. The Canvas gradebook has a feature to Treat Ungraded as 0 in the calculations (How do I treat ungraded assignments as zero in the Gradebook?). I haven't tested whether this would count those ungraded assignments towards the Ignore Lowest Scores​ feature, but when I can I'll take a look.

Since this was a relatively quick test, I went ahead and tossed the scenario into one of my dummy shells on our test instance. The Treat Ungraded as 0 does seem to count ungraded activities when determining the lowest scores. I already had ten activities in a category and added the rule to drop the lowest five.

Before I enabled the Treat Ungraded as 0, the category averaged a 97%. This being because the Ignore Lowest Scores feature will not drop all graded activities in a category, so it kept the highest score while dropping the other four.

After enabling it, the five ungraded activities became 0s and the category total changed to 87.2%.

As such, if you can determine how many will be dropped, the Treat Ungraded as 0 will automatically accommodate for ungraded assignments by making them 0s.

I also took a moment to toss in a new assignment on a category with all graded items and provided a grade that forced a previously graded activity to drop. So, Canvas will dynamically determine the activities being dropped by the rules.

Community Team
In response to cesbrandt