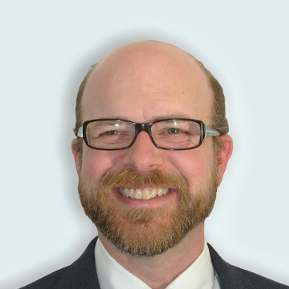 I want to disband a group and move the students into new groups.

I read this article already, but it does not answer my question clearly:

How do I view all groups in a course as an instructor?

1) The article seems to use "group" and "group set" interchangeably, which is confusing. It says:

If you want to modify a group but the group includes student submissions, you should clone the "group" instead of modifying the group memberships.

I think it means "clone the group set".

I cloned the Group Set, which seemed to work fine. I then moved one of my students out of the old group and into their new group. I did not receive the error message I received when I tried moving my student in the original Group Set, so that seems to have worked.

However, I now have duplicates of all of my groups.

1) Should I delete the duplicate groups from the cloned group set, except for the new group? Or should I just leave the duplicates in place?

2) Does the affect what the students see on their side? Will they see that they are in two different groups now?

Hi  @naboznyk ‌ - First of all, yes--you are absolutely correct with your (first) number 1 at the top:  the documentation should really say "Clone the Group Set."  In fact, that's way the settings icon indicates when you click it to do that very thing.  I'll tag the great  @jivedocs_unfede ‌ to see if that should be corrected for sure or not, but I'm reasonably certain that you are correct with that assertion.

Regarding your 3 questions.  It will cause additional confusion if you delete all groups in the newly-cloned set except for the new group, but I understand your dilemma.  In a sample course site, I created a group set and here is what I have:

I then created and graded an assignment with that group set.  Next, I created a CLONE of that group set, but moved student Peter Rubens over to the newly-cloned Awesome First Group 1:

(Note from the tabs there are now two group sets:  the original and the cloned set.) The problem with removing a group--from the original, first group set--is that some of your students (namely, the ones in the newly-constituted group) will now see both groups...the new and the old.  Here, for example, is what Minnie Mouse will see when she goes to the PEOPLE>>GROUPS page:

Notice that the group names are the same, even though she can see in smaller print the group sets that were done. You may think that's the better alternative, since at least the "other" groups that were not changed will only see one.  And that will true, though now those students will be considered "unassigned" in your new cloned group. (You will see their names listed over on the far left as not belonging in a group.)

Indeed, if you leave BOTH group sets intact, which is the other alternative, all students will see ALL groups.

So, if I were you, I would individually rename those groups if not the Group Sets, as well, courtesy of the various settings/gear/sprocket icons that you will see scattered about in your view.

This brings up the question of why Canvas recommends cloning groups, to begin with.  This is answered at the very top of this page:  How do I move a student into a different group?

In fact, if you DO try moving a student from one group to another when that group has already been graded, you will see something like this:

Which is what happened after I "graded" material from my first newly-cloned group.

This now begs the question:  "Couldn't I just delete that first group set altogether and avoid all student confusion?"  And actually, that's a good question!  But I am very reluctant to recommend it.  To be sure, in my test class just now, removing a group set altogether did not seem to have any ill effects, even in the case where there were online student submissions at play.  I, as the instructor, could see see the original submissions from the now-defunct student group set, as could the students in that (now-defuct) group set.  But again, I'm reluctant to recommend that.

Bottom line: students WILL see all groups that they have been associated with.  And yes, that can cause some student confusion.  But I believe so long as you RENAME the cloned group set AND RENAME the new groups within that cloned group set, that students will at least be able to see that there are now new groups.

As with many things in Canvas, and indeed in the classroom itself, communication will be key!

(I apologize for perhaps making this more confusing than it should have been, but my own curiosity was piqued by your question, so I figured I'd use my powers as a Canvas administrator to try to test things out here.)

@kblack ‌ - Thanks for the quick AND thorough response!

I have some follow-up questions:

When I create or modify Group Assignments now, it looks like I need to use the new Cloned Group Set instead of the original group. So, in order to reduce confusion, I renamed all of my cloned groups as Awesome Group 2.0, Best Group 2.0 and Cool Group 2.0 to distinguish them from the originals. Does that make sense?

When students are part of both original AND cloned groups, does this affect them when they do group submissions moving forward?

I'm glad to have helped.  The main thing is that so long as YOU properly assign the Group Set to any new assignments, then when students upload a submission to Canvas it will, indeed, be as a member of that specific Group Set.

The confusion I alluded to above is when students happen to click on the PEOPLE>>GROUPS page, then they will see (and could conceivably View/Enter) any Group site they are a member of.  Don't forget that while groups are first and foremost a good way for faculty to have students submit group work, that Canvas also gives them their own site.  (As you can see for yourself when you use the option to visit a group, using the "Visit Group Homepage" option illustrated here under the View Groups heading.)  They also will see all active group memberships via their own Groups menu item on the far left navigation pane in Canvas.  (Outlined here from the student's perspective: https://community.canvaslms.com/docs/DOC-10661-421255565   My own experience, however, is that students seldom realize that they even have these group sites unless they are pointed out by the instructors.)

But as long as you assign the correct Group Set when creating any future group assignments, as I said the students should be okay.

I hope this helps. 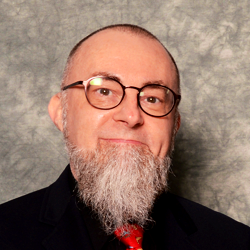 I appreciate the responses to this question, but I'm still trying to get my head around how to move a student to another group with their discussion board posts in tact. I have nearly 100 students in a group set broken into individual groups of four. My discussion exercises are the garden variety, "Post your responses in a single post, then reply to two of your peers' responses." Inevitably, students find themselves placed unluckily in a group with deadbeat peers who, to their own disadvantage, post nothing. I need to be able to relocate such students into other groups where they can thrive, but allow them to move there with their original posts intact.  Cloning a group set with 100 students in it just so that I can regroup a few students isn't at all practical for me. Is there another way to manage such a predicament? 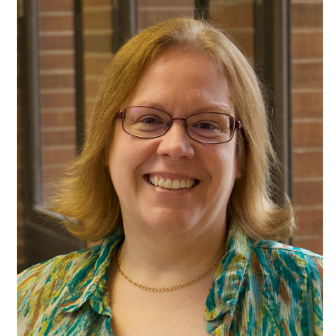 Thank you! I'll check that out.