I'm trying to import grades from an Excel spreadsheet to Canvas via a CSV file, but it's not working out well.

I managed to do this successfully - once - by entering some scores manually into Canvas, downloading them as a CSV file, editing that file with a new set of scores, and uploading it. However, I had to copy the scores from my Excel spreadsheet to the CSV file in bits and pieces, rather than all at once, because the spreadsheet and the CSV that I downloaded from Canvas didn't have the exact same students in the exact same order. There were two reasons for the differences: (1) I've made some drops lately that aren't reflected in Canvas yet, and (2) Canvas and Excel don't alphabetize names quite the same way when there are people with two surnames

Copying the scores in bits and pieces to compensate for the names being in a different order - and checking to make sure I hadn't messed up - took quite a while. So for my second import attempt, I tried creating the CSV with the same students in the same order as in my Excel spreadsheet, so that I could copy and paste their scores in a single step. Naturally, that didn't work: Canvas says "Invalid CSV files. Grades could not be updated."

So before I invest more time experimenting with this, can anyone tell me if there's any leeway at all regarding the list of student names in the CSV file? (By the way, this wasn't an issue at all in Etudes, but maybe I just got spoiled.)

Thanks in advance for your help!

@jriley ‌, honestly in all my playing around with the import/export functionality for the Canvas gradebook I've found it way easier to to export the gradebook, add grades, and then import. It always seemed to take longer and be a bigger pain to try importing a file that didn't originate from the canvas export.

As to your original issue... couldn't you add blank rows for the missing students in the spreadsheet you're attempting to copy from? That way when you copy you wouldn't have to do it in chunks because it would align with the Canvas export.

Thanks for asking, Robbie. No, it never got resolved. (I do appreciate

Kona's response, but I was hoping for more than a workaround.) I finally

accept from my Excel spreadsheet, but it was really tedious. Over the

to, because it wasn't worth my time to do a long series of experiments, but

names in the same order as in Canvas, spell them exactly the same way as in

Canvas, or possibly both.

Etudes just keys off the student IDs, which stay the same even if Excel has

students have multiple surnames), or if the instructor has edited names to

spell them the same way the students do, etc. Maybe I just haven't grokked

the profundity of Canvas yet, but I don't see why it can't also key off a

numeric field, such as SIS User ID, that isn't going to change during

Your first five columns need to be Student (Last, First), ID (Canvas ID number), SIS User ID (University student ID), SIS Login ID (ours is their email address minus the "@university.edu"), and Section (Canvas SECTION number for that course), in that order.

Actually, I am finding that hyphens are not treated the same in Canvas and Excel when it comes to alphabetization. I happen to have two students whose last names start the same, but one of them has a hyphenated second last name. So, for example, in Canvas Jones-Smith comes before Jones; however in Excel, Jones comes before Jones-Smith. So when I copy from a column in Excel into Canvas those two grades are switched because of the difference in alphabetizing. Anybody have any thoughts? 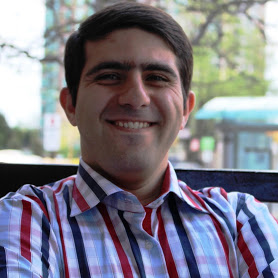 I am fairly new to Canvas, and I am having similar issue. I download the gradebook as a CSV file, open it, and add the grades under one of the assignments. Then I save and close the file (and I am sure that the file is still a CSV file). Then I upload the file back to Canvas. It shows the assignment names, but no student name and grade is shown bellow them. If I hit the "Save Changes" button. Nothing changes, and the grades are not updated.

Community Coach
In response to bahmanyaghoobi

@bahmanyaghoobi , welcome to the Canvas Community! My recommendation is to double-check that you are following the correct steps for uploading grades to the gradebook per this guide - How do I upload changes to the Gradebook?. If you are and still experiencing this problem then I would submit a Canvas Support help ticket. To do this go to your course in Canvas and click on the Help link (left side of the page) and "Report a Problem."

Thanks Kona. I was following the same instructions. So far, I've had no success. I will try a bit more, and if I couldn't get it to work, I will report as a problem. Thank you for the response.

Thanks for the email, Kona. I think you may have meant to send it to Bahman

instead of me, though. For what it's worth, to me the grade import seems