I usually convert all my Word documents to PDF before uploading to Canvas.

On the one occasion I did not and tried to link to a Word file in a Module:

This is a printscreen of the message I got when I tried to open the page:

What was unusual is that Canvas initially recognised the Word file and tried to open it Online.

I repeated the task with other Office files:

I have been pretty critical of Office365 integration in countless posts particularly the inability to embed a document.

What now interests me is that fact that Canvas seems to recognise the file initially and attempts to open it as an online file. This 'drag and drop' feature is something I have mentioned in the past and is possible in other VLEs.

Hope it is the latter but does anyone have any ideas/thoughts what is happening?

We have the Office 365 integration here at my institution and are not encountering this issue.  Have you opened a ticket with Instructure Support?  If this is related to the O365 integration, I would definitely be interested in what Support has to say.

This was me just uploading a normal Word/Excel/PowerPoint file from my laptop. Nothing to do with Office365  integration although we have this running.

I would quite like to be able to upload and embed/play an Office file without need for the integration.

It just struck me as strange that it tried to display the file in the Module...

I apologize for not replying back.  Were you able to find an answer to your question?  Is this still happening?  Did you get a hold of Support?

Like so many thing involving elearning, something else came up and I moved on and forgot this. Your reply is very timely and reminds me to go back and take another look.

I am very keen to know if this feature works for you ie uploading a Word file and seeing if it opens online via the Word App. WIll go pester our IT team and then Canvas Support

I thought I'd check in with you because this thread hasn't seen any new activity since the end of August.  Have you been able to find any answers/solutions to this issue yet?  Did you get a chance to chat with the folks at Canvas Support?  If so, what was the outcome of that conversation?  Would you be willing to share here with the Community?  I'm going to mark your question as "Assumed Answered" since we've not had any new activity in this thread for almost two months, but that won't keep you or others from posting additional questions/comments below.  If there is a reply above that you feel could be marked "Correct", please go ahead and do that as well.  Otherwise, we look forward to hearing back from you soon! 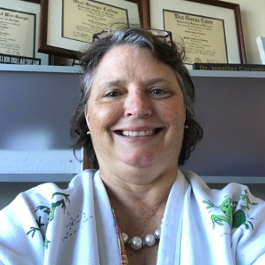 Gideon, I'm having the problem you mentioned while in O365!  I don't think it's a Canvas issue, but an Office365 issue!

GideonWilliams
Community Champion
In response to 9927744

Sort of good to hear Jennifer. It still sadly doesn't bring us any closer to embedding Office365 documents in Pages... maybe one day!