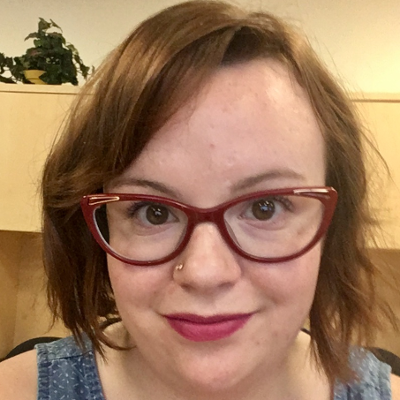 Is there any possible way for an instructor to view formulas applied to cells in an Excel document *in* SpeedGrader? A microcomputer applications instructor I am working with needs to check that students have actually applied formulas to cells in Excel documents correctly, and not just typed in the resulting number. However, SpeedGrader seems to convert everything to PDF, or at least the preview appears like a PDF. The only way she's able to examine the formulas is by individually downloading and opening every. single. student's. files. I can empathize that that's exhausting and inefficient. Is there any solution for this (or anything on the horizon)? Thanks!

@skinne , greetings! For something like this you'd want to post it as a feature request in the Canvas Studio‌ are of the Community and potentially mention it to your Canvas CSM. They would be able to find more information on this and provide additional insight.

@skinne , greetings! For something like this you'd want to post it as a feature request in the Canvas Studio‌ are of the Community and potentially mention it to your Canvas CSM. They would be able to find more information on this and provide additional insight.

There is no way to currently do this within Speedgrader and I doubt that there ever will be as it seems to benefit very few people and it's an unusual request (I tried to Google a non-Excel solution that would show formulas without opening the document and was coming up empty). That isn't to say it wouldn't greatly benefit those people or that the program to do that isn't out there, but this really sounds like something that Canvas would not want to develop. That do make a fairly open platform where other people can develop LTI tools that provide solutions, although it probably wouldn't integrate directly with SpeedGrader. You can make the feature request like Kona suggested and see where it goes, but you may want something that you can do now, rather than waiting for a solution that may never come.

There are things that you can do that would make the process easier. In particular, this statement is incorrect:

The only way she's able to examine the formulas is by individually downloading and opening every. single. student's. files.

There is the ability to download all of the assignments. This page in the Canvas Instructor Guide explains how: How do I download all student submissions for an assignment? It comes as a ZIP file that you can extract. You still need to open them, but you can open more than one Excel file by selecting them with the Explorer and pressing enter (at least in Windows). It's really not as onerous as the instructor makes it out to be. If you have another program that will allow you to view them without opening, you could use it, but those programs are likely rare. Even Microsoft has stopped distributing their Excel viewer (I don't know if it supported viewing formulas or not).

A second approach is to write a program that will scan the document looking for formulas. After you had downloaded all of them at once, you could run a script that would scan through each, open it, look for formulas, and report back the results.

There are libraries for most popular computer languages that will read an Excel file. I have used them in PHP and PERL, but Python seems to be gaining in popularity and a quick Google search found multiple libraries that look promising, even one -- openpxyl -- that is based on what I've used with PHP. I'm not a Python programmer, but the examples look much simpler than what I had to do to get them to work with PHP or PERL and Python is fairly painless to install. You would need someone with programming skills to write the program, but every time I look at Python I'm amazed by how much simpler it makes things than what I'm used to.

What you do with the code would need to be dictated by the instructor, but I can see checking for specific formula or looking for what percent of the cells contained formulas. It almost wanted to make me write a program that counted how many formulas were in a workbook and I don't even program in Python but it looked like a cool project.

This would be a great feature to add!