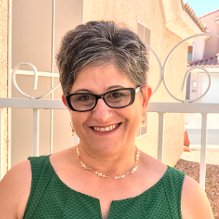 What is the character limit in the Assignment comment box? Is there a limit?

First, I want to apologize for your question sitting in the community for so long without a response.

Second, it looks like you have stumped the Canvas Community.  Were you able to find an answer to your question? I am going to go ahead and mark this question as answered because there hasn't been any more activity in a while so I assume that you have the information that you need. If you still have a question about this or if you have information that you would like to share with the community, by all means, please do come back and leave a comment.

No I have not gotten my response yet!

I would also like to know the answer as I just spent a lot of time writing up project feedback in the comment box only to find it missing once I submitted the grade. If nothing else, a warning when the character limit has been reached would be greatly appreciated if not a hard stop on the ability to enter more characters if the entry is too long.

Are you sure it's the allowed length of the comment box that is the issue and not something else going on?

For instance, if you have a group assignment but the student has not joined a group, then when you leave comments, they disappear. The students see them and you can find them by clicking on the "Download submission comments" link in SpeedGrader beneath the comment box, but they do not appear as a submission comment like things normally do.

It might also be that there was a network hiccup and the comments didn't get saved. There have been feature requests to autosave these boxes.

You might have thought that you sent the comments but moved to another student before submitting them. In this case, they're normally sitting as a "draft" if you go back. That doesn't sound like what you're describing, but it sometimes happens that a student doesn't get them, even though you're sure that you sent them.

To test the issue of being too long, I generated 50 paragraphs of Lorem Ipsum. It was 4227 words and 28,884 bytes. The comment box took the it all without any problem. That's why I am suspect that the root cause of the problem is "too long" and think it's something else.

This is what happens when it's too long. It does give a warning that it's too long, but it does it after you submit it, at which point the comment is lost.

The text that I was pasting was plain text. I do not know if Unicode or UTF8 characters make a difference (they do in MySQL, but Canvas is using the PostgreSQL database). Anyway, it's a big number that you're unlikely to reach by typing things. That's why I suspect that there is something else going on.

This sounds exactly like what happened to me when I had a group assignment and students were not in a group.

That could also be it!