What does Community mean to me?

What does COMMUNITY mean to you?

For me; Community means moving from a transactional state of mind to a relational state.  By this I mean moving beyond a world view where all motivation essentially falls into two categories, which are Self Interest and Caring for Others (Self vs Others).  Instead, motivation becomes 'other-ish' meaning that you realize that you can best help yourself by helping others.

Are you a part of a community (Canvas, work, or neighborhood)? What brought you there, or how did you initially get connected?

To a certain extent, my current occupation rose from my membership in a community of people who support teachers and learners use of technology.  What seems like a very long time ago now I was a workstudy student and then grant funded technology worker on a college campus.  My job was to help the instructors and occasionally the students be successful using classroom technology.  As part of a Title III grant we purchased and implemented a learning management system.  At first nobody on campus much knew what to do with this software platform.  I threw myself into trying to learn everything I could about it.  I scoured technical manuals, sent off emails to my contacts at the company and eventually joined a group of people who were trying to help each other via a listserv.  I'll never forget going to the first users conference and seeing three men literally kneel down in the entrance to the mens room to fire up a laptop based version of the software to test something that one had asked the others about.  They really wanted to help each other (and they helped me tremendously).  As time went on, I learned that if I took each question that went out to the listserv as a personal challenge, I usually learned more than I'm sure I helped the people asking the questions.  Eventually I was at another conference and talking with a small group of people in a breakout session.  I wasn't wearing a name tag and hadn't identified myself to this group of strangers.  A woman said to me, "Excuse me, are you Scott Dennis? ... I thought so.  I recognized your voice.  Your YouTube videos have saved my life.  Thank you."  I was flabbergasted.  I had no idea that anyone beside a narrow group of my friends had even seen them.

A few years ago I wrote a blog post about Openness and Community as values.  My involvement in this community began in 2010 when I discovered Canvas, Free for Teachers and the first rudimentary message boards.  I was about a week in and trying to learn everything I could when the landline in my house rang.  The man on the other end was a Canvas Admin in Plano, Texas who had read my questions in the message boards, google stalked me to find my number and called to answer all my questions.  Again, I was flabbergasted that this stranger, at no benefit to himself, would invest 90 minutes of his time helping me simply because we were using the same software.  I was hooked immediately and couldn't wait to have more such interactions.

Is there someone part of your community who you admire? How does their involvement or their overall participation influence you?

There are too many people in this community that I admire to mention.  Some of them I have never met and never will while some of them are dear friends I have known irl for many years.  They all have my tremendous respect.  Michael Zimmerman, JB (you know who you are), all of the Coaches, Peter Love, Alan Kinsey, Jayde Colquhoun, Hildi Pardo, Laura Gibbs, Bobby Pedersen, Rob Ditto, Sara Frizelle, Amanda Warren Marshall, Gregory Beyrer and Dallas Hulsey are just a handful of the people I am proud to be associated with in some way.

What a cool story and great examples of community  @scottdennis . Loved the mens room scene! And the guy who google stalked you so he cold help.

It's such a great feeling knowing you aren't on your own with figuring stuff out.

The only time I've 'met' you you were 10 metres  tall on the big screen at CanvasCon Sydney. Possibly a true representation of the giant you are in the community.

Lol, Bobby.  Thanks for the chuckle.  The community manager who ate Sydney...

Thank you for the mention,  @scottdennis ‌. My favorite quote from your post reminds me of something I feel too:

I usually learned more than I'm sure I helped the people asking the questions.

Also wanted to say thanks for the mention,  @scottdennis ! It is always comforting to know we have the Canvas Community out there ready and able to help whenever needed! (And this reminds me, I better hurry up and get my own Community blog post written--how is it already the last week in March!?) 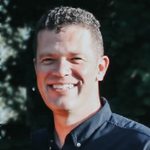 I have worked for Instructure since 2012. Before that I worked in the community college system in Washington State. I live in Idaho