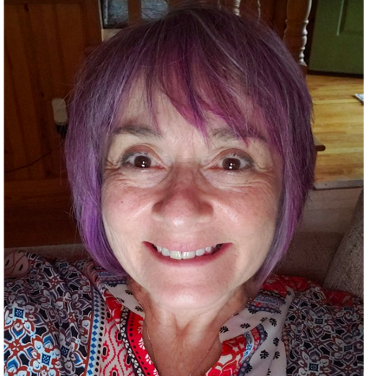 For an graduate-level educational technology course I took in the summer of 2014, my final project requirement was to create an online unit around an educational topic, via some type of web page or other web-based presence. This project also needed to be accessible to all other members of my class, as well as the professor, for evaluation purposes.

I wanted to create a science fair project unit that I could use with my after-school science fair club when it was done, and I definitely wanted to do my building in Canvas' LMS, which my school district had just adopted a few months earlier. However, I wasn't sure I was permitted to add my non-district classmates and professor as observers to our school district's Canvas site. Hmmm.

After pondering this a bit, I suddenly remembered the Free-for-Teachers site! So I started a new course, built my unit, and added my classmates and professor to the course. In doing so, I was able to leverage all those great Canvas tools to help walk my students through the complex science fair project process. In addition, this gave me the chance to show others in my graduate class what they were missing if their own institutions were not using Canvas. (I also made sure they knew that the FFT Canvas was available to them as well.) :smileygrin:

Later, after the graduate course was over and I had received my stellar (Thanks, Canvas!) grade... I neatly packed up my unit into a downloadable file, then imported it into my school district's Canvas site for use later that fall with my science fair students. A few clicks - Easy peasy! And I've been using it with great success ever since.

Side Note: Each year, many of my students go on to our State Science Fair, and I believe some of the credit goes to the great way that Canvas makes content easily buildable for teachers, and easily accessible to students anywhere, any time.

I also could fall into the role of "Canvas Evangelist" 😜 I keep trying to push my fellow grad students to use it to do Instructional Design projects in. What other system allows you to easily design a course that also goes straight to a mobile app?!? Granted, design considerations have to be taken into account, but the possibilities are wide open :smileylaugh:

I love the fact that you immediately turned around and used the content that you had designed, and also wish I could see it! You might consider adding it to the commons so that other teachers can get their students into the State Science Fair as well!

I'm starting to work on a more generic (i.e. less specific to our school district) version of the course that I will drop into Commons sometime this summer. Thanks for the encouragement!

That is great news!  Excited to see it!

Welp, it took me a little longer than I originally intended (like, 2 years longer!:smileysilly:) to mold this course into a form that I felt was a high enough quality and usability to share publicly to Commons, but IT'S THERE NOW!  Its title is "Generic Science Project Course"

I hope others find it useful! Please let me know if you see anything that I can improve.

I've been fascinated with the potential of educational technology pretty much my whole life (which includes the days before PCs had been invented!) I viewed it as a promising alternative to my stifling experiences as a student of the 60s-70s. Later, as a classroom teacher, I used it to explore ways to provide new routes into real-life context for my learning activities, and as a way to simplify the day-to-day workflow of assessing and analyzing student learning. SIx years ago I stepped into my current role as an ed tech coach. Now I work with teachers and administrators to continue my mission of reimagining teaching and learning for our 21st century-born students.