Non-Graded Assignments: How They are Seen by Students and Faculty

The newly-introduced feature of Final Grade Exclusion in the August 6, 2016 Release Notes prompted me to create a table that illustrates what faculty and students will see not only with the new feature, but with the existing features of creating various non-graded assignments.  With a bit of prompting from the great stefaniesanders to create this document in a group after my comments in the Release Notes, the table below shows the differences between making an assignment worth 0 points, making an assignment not graded, and (last but not least!) the new ability of not counting towards the final grade.

I have also added a Word document as an attachment at the end, which you are welcome to use within your own documentation for faculty. It (barely) fits onto one page.  Corrections/suggested changes are always welcome!  In fact, it was thanks to the (also great!) erinhallmark for guiding me to the correct information in the last column (the To Do list), as originally suggested by aimee@ucf.edu

Courtesy of the Production Release on October 29, 2016, ALL assignments with a due date will now appear on the student's To Do list.  The table below has been updated accordingly.  (Not the attached document--yet!)

Minor updates made to comments, and I finally created a new version of the document, below.

Great resource! Thank you for sharing this with the Community!!

Thank you, kblack@dom.edu, for taking the time to work all of this out and for presenting it in such a straightforward fashion.

I love this. But when I have time, I want to compare these scenarios with two others:

1. Excusing assignments in the gradebook

2. Placing a graded assignment in a 0% weighted assignment group (which seems to be our faculty's preferred way of making things not count up until this point...)

Thanks, Tracey!  Regarding number 1, everything should behave as normal since (in theory) an assignment would only be excused for one or two students.  When I played around with that feature when it was first introduced, the EX behaves essentially the same way as a dash in the gradebook does--i.e., it counts neither for nor against the total.

I believe the same would be true for number 2.  If it is worth points, the student would see everything, but it just would not count towards the grade.  That's interesting that's what your faculty do; I think ours tend to opt for either "ungraded" or 0 points from the get-go.

I'm starting to think that one of the best things with this new checkbox is that faculty can create assignments for drafts, and then students would be able to continue to see all of the comments in crocodoc.  One of the complaints about crocodoc, as you know, is that once students resubmit an assignment they can no longer view the faculty member's comments on it.  There are other work-arounds to that, to be sure, but it's certainly one that I think the higher ed folks, especially, may like.  So they can create a Draft One, Draft Two assignment and even "grade" it against a rubric, but it would not count.

Thank you for this write up.  I was just yesterday providing a webinar to one of our institutions and I was able to show them the "exclude from final grade" feature.  It was a perfect solution for what they were looking for - which was a way to provide a summative construct assessment for purely feedback purposes.  This works because they needed to do this in quiz format and not survey format.  This way the professors can provide feedback for each m/c response (i.e. quiz) but still not displaying the quiz in the gradebook.

Thank you for the nice comment, snufer​, though I fear this feature may not be helpful in this case, because online quizzes are not among the items this applies to.   The release notes in question had this note under this feature:

Note: This feature is only available in assignments; it does not apply to graded discussions or quizzes.

Good grief, you are absolutely right. The option that they were actually looking for was to have a graded exam where they simply receive credit based on their participating with the assignment.  So we went with graded survey.

But then they also wanted to provide individual feedback for response items.  So I think I recommended they set up a blank assignment for the survey where the professor could manually put in the points, and then the quiz itself would be a practice quiz.  A little bit of a workaround, but it seemed like the best solution for them. 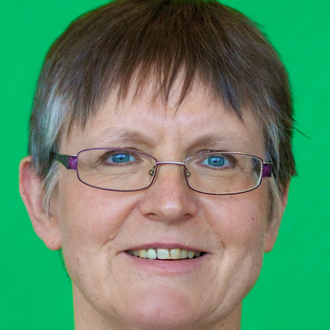 kblack@dom.edu kona@richland.edu stefaniesanders This seems to be a very useful document even though it was written in 2016 and I have drawn it to the attention of staff using Canvas. Can anyone tell me if the information in the table is still correct in 2018 and if there is any updated information that should be included in this table?

This is on me, bkompe@swin.edu.au‌! I admit I have not been good about keeping some of my own contributions updated.  I'll have to go through this again. The trickiest one for me to test is the "To Do" list, though I have a few phony student accounts I can use for that.  I think this is still mostly accurate; I can say that with 99.9% confidence for the first three columns. But something tells me an update in the past led me to think to myself that I'd have to check it against this document....and of course, I promptly forgot to do so!  Hopefully I'll find some time over the next month to check this, though admittedly the next few weeks are pretty busy.

Thank you again for the "reminder," bkompe@swin.edu.au‌! Indeed, there have not been any major changes, but I updated a few words in the document and finally updated the accompanying Word document, as well, that you are welcome to download and adapt as you see fit.

kblack@dom.edu Thanks very much for updating this table. It is very useful having all the information in one place.

I would like to add an optional assignment that does not count to the final grade.  But I don't want a "late" marker if students skip it.  Will one of the options above allow me to skip the "late" marker?

I am currently the Associate CTLE Director, Teaching & Learning Technologies at Dominican University in River Forest, IL. I provide faculty with workshops on Canvas as well as one-on-one assistance, video overviews, help with online instruction, etc. I have a Master's in both Library & Information Science as well as Computer Information Systems. I started out as a librarian, so that may account for why I'm happy to help others in the Community addressing various issues; that good ol' service attitude goes with the territory of once being a librarian! I have lived in the state of Illinois my entire life.