For basic skills and ESL students, uploading files is a barrier in and of itself. They can do text entry; teachers need to be able to annotate writing line by line. Add annotations to text entry boxes, please! Normally students with such low tech skills would not need to submit things online in the first place. Due to the pandemic, we are in desperate need of a much more simplified (yet centralized and easy to grade/give feedback on) submission method.

Both @liliacordova and @Linnea ask for functionality that would be nice to have as a teacher, however - these are not "Text" submissions, but rather are HTML submissions - with all of the multimedia power of HTML. I think that this would require a major redesign of SpeedGrader as it currently takes only input files in a small number of formats and converts this into something that the Speedgrader markup can (sort of) work on. Note that I say "sort of" - as the transformed version from a number of input formats are nearly unusable with regard to making a lot of detailed edits (at the level of spelling and grammar errors) - hence rendering the tool not a time-saving tool. From a personal point of view, I find the current Speedgrader markup tool takes much longer than using Adobe Acrobat Professional.

I have found a far more useful method of giving very extensive writing feedback to students is to use Overleaf with change tracing enabled or Word with change tracking enabled. In both these cases, it is easy for the student to see your comments and changes to the document. In the case of one of my colleagues who is a native French speaker, he claimed to learn a lot of English by watching my real-time editing of a number of English language documents in Overleaf.

For HTML documents, it would seem to make much more sense to have another tool that lets you edit the HTML and would allow you to retain comments in the HTML  - unlike the current "RCE". 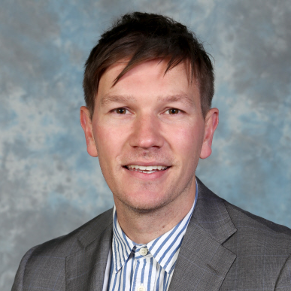 Honestly not sure how this isn't an option already! Please make it happen..

Having the same features available for text submissions (which are a "native" Canvas submission type) is a no brainer.  +1 to this feature request.

@maguire, very cool workaround. Not viable for most faculty, though.

Really support this idea. I'd add that it's especially needed to help annotate essay type questions in Quizzes.

I agree with all of the above.  There are times when submitting files is just unnecessary.  For smaller assignments that I want my students to complete quickly, I would like to be able to use the text entry; however, as an English teacher, I have to be able to mark up whatever is submitted.  For this reason, my students always have to submit files.  PLEASE, PLEASE make the annotation tools available for text entry.  I do not understand why those tools are NOT already available.

Indeed you can upload a document with the extension .txt and it works as expected. See the image below:

Example of a .txt document in Speedgrader

This means that the issue is not about text, but rather about a "Text entry" rather than a file upload. So one could use a program, such as I proposed earlier, and convert the HTML to a simple .txt file and then upload this for the subsequent conversion to pdf with the pdfjs plugin. With access to the Canvas LMS itself, it should be possible to strip the HTML of markup (leaving only text) and do this within Canvas.

When students submit a paper, I can mark up their paper with various different tools at the top of the screen but I cannot do this when a student submits an assignment using the text submission area.  I'd like to have those same tools (strike through/highlight/comment) available to me to comment within the text submission area as I do when a file/paper is submitted.

Doesn't make sense this tool is not available yet.

With all the improvements Canvas has made recently it's a must-have for user experience the need to upload a word file is terrible.

@maguire your idea to convert the text input box to txt before submitting to the server is a simple and functional workaround. or at the server-side, it can be converted. anyway its a must-have tool

I agree that this feature is very important.  I don't understand why every other submission type allows comment but not the text submission.

The text entry flow is ideal to prepare students for exam essay prompts used in higher education and reflects communication common to emails and other professional communication workflows. How often do you share a 150 word idea on you team through a google doc attachment to an email?

So from a student perspective, the text entry is ideal. However, from an instructors perspective it removes the precision annotation tools.  The plagiarism framework supports attachment and text entry it would help fro annotations to do the same.