When attempting to set the multiple attempts to a triple-digit format on a test, Canvas creates a popup that is misguiding.

It states that Quiz attempts are limited to 3 digits, if you would like to give your student unlimited attempts, do not check the Allow Multiple Attempts box to the left.

This should read, "do not check the Allowed Attempts box," instead.  Otherwise, unchecking the other box allows only one initial attempt. 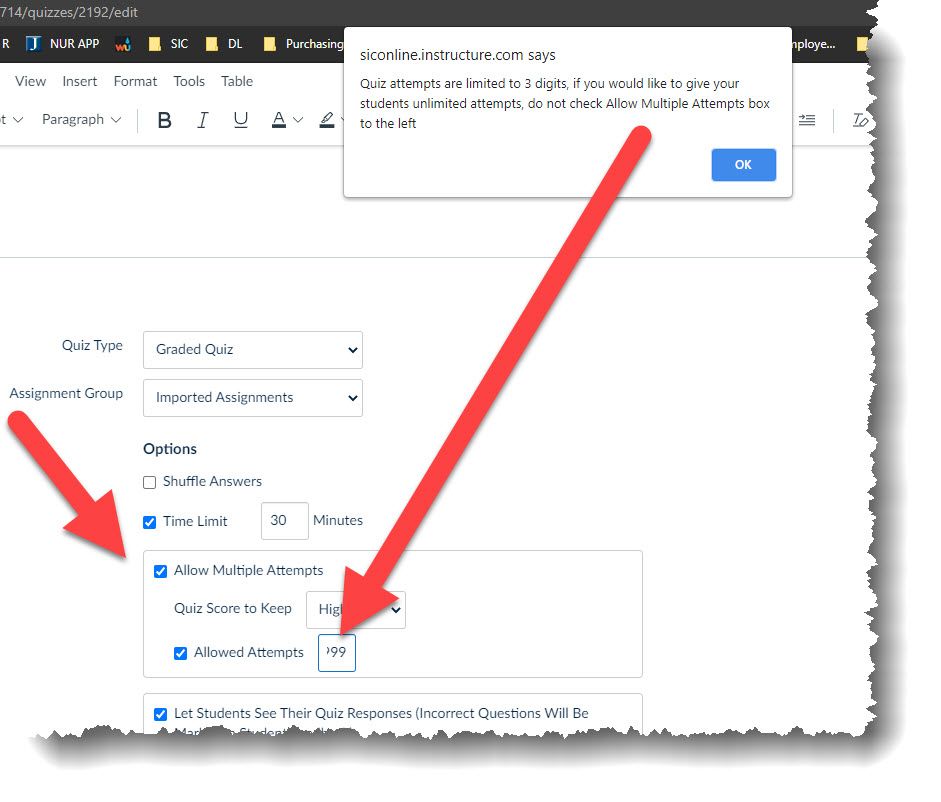 @Ben_Ross  Thanks for reporting this. The Multiple Attempts section is specific to Classic (Old) Quizzes; in New Quizzes, multiple attempts are handled through the settings for the quiz itself, not on the assignment page.

Our product teams are no longer developing new functionality on the code base for Classic Quizzes, which is scheduled for deprecation, so we won't be able to handle this in Idea Conversations as an enhancement request. That said, we hope you'll initiate a case through the Help menu so Canvas Support can evaluate this and perhaps handle it via an engineering ticket.

I will initiate a case as moving to New Quizzes is not an option for us at the moment.