Assign to everyone except selected students

Assign to everyone except selected students

327 Kudos
Status: Open Submitted by betiana_capriol on ‎10-12-2015 11:35 AM
(46)
There are some assignments that go out to the majority of my students except one or two per class. It would be great to be able to assign to "everyone" and then have a button to select which students are exempt from the assignment.
Labels
Tags (8)
Share
153 Comments

Does this not also then show up in those student's Gradebook twice, as indicated ny Renee Petrina's post above? Might it also allow those students two separate exams times (e.g. could take it at either time), and perhaps even let them have access to that exam twice?

In her case she created a copy of the assignment which does show up twice and is my problem also with modified tests.

However, it seems like you are giving the same test just at different times.

What I have done in the past was assign different due date, different release times or available until times for select students. So if they are taking it early I create a new available time for that student, Similarly if they are taking it later which I also extend the until time. If they have extended time I change the until time.  You can change both the date and time for all fields. So for your student (or hers in the testing center) you would assign a different available at time and maybe and extended available until time. With passwords I think you can only assign that to the whole test but it is easy enough to write the code on the board in class and change it afterward if needed for remaining students (which I have also done when teaching at University). This approach will show up in your assignments twice but not the gradebook, and the student will only see it once.

Letting them have access to the exam twice I have done this before; however, I think I went in after their first attempt and allowed that one student additional attempts. You could however allow multiple attempts for all students with different options on how to record the attempts (highest, last, average) when the exam is created.

Its worth a try to see if it works for you.  I am not a fan of having to create multiple exams (quizzes) unless I have to as it creates headaches with grading and such in the current system.

This would be a great idea for large student enrolment classes.

Thanks so much for all of yout input and feedback: )

Renee, this feature has been on the production Radar since 2016... any ETA on it?

The low number of votes on this is not representative of a lack of desire for this -- I'm willing to bet that there are a hundred versions of this suggestion floating around.  No one can even believe that it is not a built in option.  It is ridiculous to not have the ability to exclude a student from an assignment -- the majority of assignments are going to be assigned to the majority of students, that's how things work.

Still can't believe we're talking about this. I only have 30 students; I can't imagine what it's like for people with 100+. My use case: I teach an over/under course where my grad students and undergrads are enrolled under the same course number and in the same course section, but have differentiated assignments. I have 7 assignments my undergrads get which are replaced with one longer paper for my grads. So I have to hand adjust 7 assignments to assign them to 25 students. And I can't even do this with the keyboard, nor can I multi select students. THIS IS SO TEDIOUS.

Once I've assigned several students, they show up as individual names which can then be removed one by one.  Couldn't there be an option to "expand" the "everyone" assignment to show individual names, and then the 5 students who need to be removed can be removed in just a few clicks?

This very critical issue is about 3 years old, and it's still open? This is really very annoying. We have 200+ (in some cases 300+) students, of which some, mostly a few dozen, have very specific assignments. It's just really no fun at all to type all the students over and over again, let alone the error-proneness.

The way we do it now is to let the students with deviating assignments know that they don't have to care about the 'default assignment' and we keep a separate list which we use manually. This makes it harder to do the follow-up of the students with specific assignments, and it's mainly them that often need more follow-up (work students which can not attend all classes etc).

This needs to happen ASAP. In Google Classroom you simply click on a student's name to unassign them. It is completely inefficient to have to type in the name of every student. 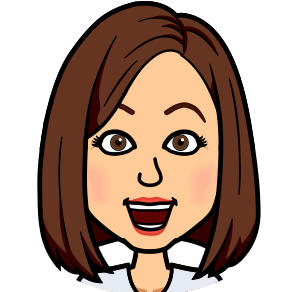 Working in K-12 which has to modify/accommodate content for so many students, this issue of not being able to enter "everyone except" would be a daily frustration.  I say would be because the teachers in our district that need this "everyone except" function don't want to use Canvas and instead stick with Google Classroom. For all the great strides that Canvas has made with accessibility for all learners, the lack of being able to enter "everyone except" is a barrier to the teachers of many of the students that have 504 plans or special education IEPs.

This is right on the money! Let me type in the excluded student's name, then "x" it, but "everyone else" would remain as "everyone else" (not revert back to "everyone"). Canvas could alert me that certain students were excluded (as it does when you don't assign to everyone). The students' names could even remain in the field, but colored red, or something.

Yes! We need this! I have kids that need modified versions and we shouldn't have to tell them to just ignore the other quiz or assignment on there.

I have a usage case: I have modified students who take a different version of the Canvas Quiz final exam. It is easy to assign that quiz to only a couple of students, but it is cumbersome to assign the main quiz to 28 students, one at a time.

I do have a workaround for this though. I assign the main quiz to everyone, but then set a separate assign date in the same quiz for the few students who are modified. The date I set is one day after the semester ends, so they are never able to access it, even though it shows in the quizzes tab of their Canvas page. When I assign this to those modified students with a different date, the other assigned date shows "everyone except - " and shows the names of the students I gave the other assignment date to.

@bbruze , by any chance is the wording you're seeing in Canvas Mobile Teacher app actually Excuse Student rather than Exempt Student?  If so, that's the same as the Excused status (and EX "score") in Gradebook:

IMHO, excusing is Canvas' best current way to accomplish what this feature idea is about. Yet I'm sure our teachers would find it more convenient to do when configuring the assignment, hence my upvote!

Yes, you are correct. I used the wrong term. I meant Excuse, not Exempt.

While typing EX in the box is something I apparently can do, it is not obvious like it is with the mobile app. It would be great to be able to configure that when configuring the assignment, AND having that checkbox option on the browser version.

This seems like a widely requested feature; I cannot believe that it hasn't been created yet! I modify almost all assignments, and the students who I modify for have SO MUCH EXTRA in their To-Do list that they don't need, or get confused by! I hope this feature is added soon. It seems so beneficial and efficient.

Usage Case 2: I give 3-4 different tests for the same unit, while many of the groups are small and I am easily able to assign them one of my differentiated tests, that still means I have about 100 names to manually assign  my main test to unless I just assign to everyone and tell the other students to ignore it and use "the other test" they see in their canvas.

I see how this feature would make the change more obvious to excused students.  One alternative solution might be for canvas to block students from submitting assignments that they are excused from.

While you wait for one of those solutions, your entry of EX changes the missing label to an excused label.  You can also do this by changing the excused label in the gradebook instead of entering EX.  (The options show up in a menu on the right side of the screen when you click on a student's grade.)

You can also enter a different due time for only the 4 excused students and add an "Available until" date/time that will lock they activity so they cannot attempt it.  (IF you set both the due and available times to have occurred while they were absent there is no opportunity for them to attempt the activity you want to replace.)  The "everyone" in the other due date box will become "everyone else."

The same works for your second use case.  Just assign the students to whom you have assigned an alternative test a due date and available until date in the main test that is already in the past, and then mark them excused.

I know this idea would offer a tidier solution, but at least that will make your tests easier to schedule for now.