Auto Save Rubrics or Give Save Warning

Auto Save Rubrics or Give Save Warning

Several times, when grading with a rubric, I find that I have navigated away from the rubric without saving the marks. Is it possible to add a warning that the rubric markings have not been saved when I attempt to navigate away? I believe that sometimes this happens because I added comments at the bottom of the grading page, and only hit that "Submit" button, but not the Save button for the rubric. Perhaps that Submit button could take care of both the rubric and the comments?

This should absolutely be fixed.  Provide an autosave option for the rubric in speedgrader so that when the user navigates to the next page the current page is automatically saved.  Also add a discard option in case the grader wants to revert to previous comments.

YEAH I am not a UX Designer but this seems like an easy fix to me.

I know the CANVAS crew has a lot to deal with and as frustrating as this glitch in the grading matrix is I appreciate your efforts.

I echo all of these statements; this is so frustrating and has happened 5 times today alone.  Esp. b/c if you  hit the N or P key it automatically changes pages.  So much time lost, and it makes it so hard to give individual comments to only have them all disappear.  Please fix this! The comments are auto saved - why can't the rubric comments be autosaved?

I very very much agree with this, and would add as well that we ought to be able to save comments and marks in rubrics before the students are given access to the grades (I know about hiding grades, but I want students to be able to have the grade once I've marked the assignment). That is, I'm not always finished marking when I need to save what I've done (e.g. I need to step away to answer the door, or I need to answer an urgent email that just arrived, etc.), and it's frustrating to not be able to save without the assignment being considered fully graded.

Yup, this loss of comments entered in a rubric and all the scores when I first pressed 'Submit' to submit a comment on the Assignment *before* pressing Save for the rubric itself also happenned to me. Please fix this! The first order of business for a user interface is to RETAIN DATA that has been entered. Please build this into *all* Canvas pages where the possibility exists to lose significant amounts of data by an inadvertent click, or at least add a notification that loss of entered data is about to occur and give an option to go back and save.

I'm back to say I just lost a bunch of feedback again because of this issue, and I am on the brink of tears about it. How is this still an issue? Why hasn't it been fixed? Why on earth wouldn't everything in the rubric save when you hit "submit"? How are we supposed to intuit that the "submit" is only for the comments, and not for the grade and rubric and rubric comments? Please, for the love of mud, MAKE THIS FIX HAPPEN!

I could scream. It happened again, this time because an overly sensitive touchpad navigated me away from this. @Stef_retired, I am tempted to repeatedly come back, every time it happens, until something changes. It's outrageous that this hasn't been fixed--being able to get feedback to students strikes me as being mighty, mighty important. (I know it's not you're fault, and you're doing the best you can to help us out, but you're the only person from Canvas that seems to see these and who could possibly pass this message on to the people who can make it happen.)

At least I'm experiencing some sense of solidarity by reading these comments. I just spent half an hour writing detailed comments into a rubric, then accidentally tapped one of the side buttons on my mouse - all of them gone. D2L, which we used until a couple of years ago, didn't have this problem.

I can't believe that this comment is being auto-saved, while my 30 minutes of rubric comments disappeared because of an accident!!

I do not understand why this isn't a higher priority for Canvas, given how many of us are experiencing this over and over again. I guess I'm going to have to train myself to write my comments in Word or something and then paste them into the rubric, but this is an extremely clunky solution for a problem that Canvas's competitors solved long ago. 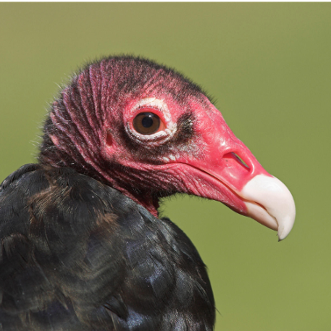 Chiming in -- this is important and much needed

Coming back to comment again, because it happened again twice.

And the comments I'm writing here are being autosaved, as @holifiel pointed out. This is ridiculous.

I would like to echo this and add my support. I would also like to broaden the scope to include not just rubric entries, but all SpeedGrader scoring entries. I just had a painful discussion with one of our faculty who graded the entire class, moving from one student to the next, without hitting the update button. It may seem like that should have been an obvious button to click before toggling to another student, but she told me that as she toggled around it appeared her work was being saved. The browser then timed out before she finished grading and not a single score was actually saved, even though the UI appeared to indicate autosaving.

For one thing, "update" is not even obvious language to use here. Something like "Save" and/or "Save and next" could be much more obvious to a grader that this is an important button.

I'm not sure if this exists in another thread, so feel free to redirect me if so (I searched around a bit before posting here).

This is indeed a separate issue from rubric grading. When instructors enter a score in the Speedgrader grade field, their entry is autosaved when they advance to the next student. When I tested this just now, I didn't see an Update button at all. Was the instructor perhaps grading a quiz How do I grade quiz questions in SpeedGrader? or How do I grade an assessment in New Quizzes?

@Stef_retired, thanks for the quick reply. Yes, this is indeed related to quiz grading in legacy quizzes, not New Quizzes.

@evan1 Thanks for clarifying that. Our product teams are no longer developing new functionality on the code base for Old (Classic) Quizzes, which is scheduled for deprecation, and we believe the instructor will have a better experience when grading with the new quiz tool.

@Stef_retired Understood! I've shared that with our IT department.

1000% yes. There is a lot of confusion from our staff between the Save button and the Submit button. Every single year we have at least one honours rubric assessment that is lost because one of our academics falls prey to this poor interface. Generally they remember the final mark and we just input that manually, and the unfortunate student(s) lose the opportunity to see the feedback they would have gained from the rubric.

@Stef_retired If you enter a grade in the speedgrader grade field, it automatically saves, but what if you use the rubric to calculate that grade? It doesn't autosave the grades placed in the rubric, so if you accidentally move away from the page, you lose all those numbers as well as comments and have to start again. It's hair-tearingly frustrating. Do you know whether there are any plans to fix this issue?

@kyh802 We don't currently have an update to share on the idea being discussed here. My response was specific to a question in the thread about "broadening the scope" of this request.

I just wanted to follow up to say that I got email from a student this week telling me that she couldn't see comments in a rubric from a couple of weeks ago.

But on the other hand, this never would have happened if Canvas had included an auto-save or a warning. I'm so frustrated and angry that I spent considerable time writing her feedback, and now I have no way to retrieve it for her.

Could Canvas at least provide an explanation of why this has been so difficult to implement, or why it's not being prioritized? Please help us understand what's going on. (By the way, my comment was last auto-saved at 08:52 AM...)