Automatic zero in gradebook after a date

Automatic zero in gradebook after a date

What if an assignment could automatically be scored as a zero if not completed by a specified date? This would be a huge time saver for everyone:

Student: this would allow their grade to accurately reflect true grade (if teacher is behind)- will encourage/motivate, etc.

Teacher: huge time saver! Helpful for schools/teachers with students who self pace

Currently, a teacher can default an assignment grade (for all or some students) to a zero. But what if on the same prompt (window) it asks for a date. When the date passes, a zero in placed in the grade. This gives the teacher control of when it happens and it's easy to find.

For more information, please read through the https://community.canvaslms.com/docs/DOC-13886 .

I can see the pros of controlling when a zero is determined could be helpful for both student and teacher. I'll go ahead and move this idea forward.

However, I encourage you to view and follow this idea: , this idea takes the date out of the equation entirely and suggests that zeros should be the set default in order to minimize the confusion for grades from the student POV. It's actually quite an interesting thought, as well.

Be sure to cast your vote and add your opinions when the next round of voting is open.

Thank you for moving this idea forward.

Thank you for letting me know of the other idea. I've heard of this and understand the value behind it, but I have concerns about the student viewing their grades with zeros before even starting a course or assignment. It's like setting them up for failure- or the perspective of failure. I'm not a fan of this idea. I would prefer the teacher be able to encourage success by the zero being entered at a specific time. Another thought is to have a "zero" on the back end but not have it visible to the student. This makes for a more convoluted process.

I agree with you, Stepanie.   Thank you for moving it forward.

For things that are graded automatically, like some quizzes, it should show a zero if they miss it.   I am always going back in to put zeros.  Students are misled because the zero wasn't calculated in before I added it, even though they missed the assignment.

The treat zeros as ungraded doesn't solve this.

I think in this case both ideas would add the flexibility for how an instructor teaches their class.  If an instructor would prefer to turn on treat ungraded towards the end of the semester or to ensure they haven't missed any grades or could set a date to automatically add a zero so that as soon as the due date passes the student would see an accurate grade through out the semester.

This feature would be great! Currently I have to manually enter zeros for students who submit late assignments and it is a huge time sync. The problem I've encountered is when students submit the work much later than the deadline. If the assignment is automatically graded, their late grade seems to trump my manually entered zero and I am more likely to miss it. This has required me to keep a separate list of students who submit late and continuously go back to previous assignments to ensure students didn't submit the assignment well after the due date.

Ideally, the grades would be locked as a zero after the deadline passes and there would be a functionality to offer individual extensions where my manual entry overrides the automatic system.

This would be a great feature.  It would save time for me having to manually enter zeroes for 600 students in order to give them an accurate portrayal of their current course grade.

David,  A faster way to enter those zeros right now would be to click the down arrow for the assignment and click Set Default Grade.  Then you will be able to give all students who do not have a grade a zero without having to enter a zero for each student.  Thanks, Sam

This would be a great addition to this possible feature. Great idea!

I think the easiest place to put this is actually as a checkbox under the assignment settings. Again, that's just my opinion.

I agree with Tricia. Those that want the zero automatically could have it, but it wouldn't be forced on everyone.

An interesting side note to the late submission with auto grading(something I don't use) is it possible to deduct points automatically for a late submission?

As for the individual extensions on assignments, check out: ​

Another way to think about this would be to accomplish this by adding another date option instead.

So you would have Available, Due, Until and this proposed new one - Publish Grades On Date. That date could replace the Muting and the Set Default Grade features and would be using a concept instructors are already used to setting and easy to find as the original post has as a goal also.

When set to a specific date and time the Publish Grades On date feature could:

I voted for this feature and would be happy if implemented as suggested but this has been my thought on how this could be handled.  Muting has seemed awkward to many at our institution because without a date option, it is very manual and has to be remembered.  Set Default Grades is handy but a little clunky and still must be done manually.  This would consolidate some UX, automate some key things and, IMO, make this set of operations much more clear and easier to manage.

To solve the repetitive entry of 0's I export the book as a .csv, and use excel to enter in 0's by dragging them into columns. Not as convent as this idea, but it works for me rather well.

This is a great idea Stephanie and one that would have a very positive impact for all concerned (staff, parents and students). As someone tasked with making a decision on a new VLE for my school, how the organisation responds to its users is a very important benchmark in the decision making process. Whilst reading through your suggestion I started thinking about the ability to excuse students from assignments eg due to absence and the ability to put in a code such as Ab or X in the gradebook. I then came across this thread - Ability to "Excuse" an Assignment in the Gradebook : Help Center and the frustrations that many users have felt in putting forward this feature (3yrs!). I do hope you have success with your suggestion and perhaps more importantly you are kept informed of its progress.

​I like the idea of having the option! What if we could choose from a zero OR missing/zero flag after a certain time? Sometimes students can make up missing work, and other times not.

@GideonWilliams ​ it appears that on Canvas Studio your idea is In Development (Canvas Studio: Excuse an assignment (Phase 1) ) you can find out more there.  Thanks, Sam

Thanks Sam. Not my idea merely added to the discussion and backed it. 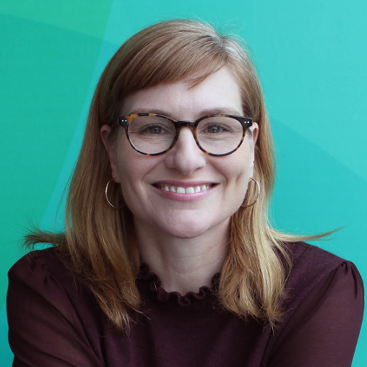 I'm doing research to figure out the best way to help you all save time when it comes to late/missing work. I'd like to allow for more flexibility beyond just awarding a zero if the assignment is late. I'm curious to hear more about your late and missing rules. Do you take percentage points off for each day it's missing? Do you have grace periods? What are some other ways you handle late/missing items?

Thanks for your feedback!

Current measures (not on a VLE)

Late assignment: Still marked but comment made as to lateness or colour added to spreadsheet (no marks taken away)

Absence: Letter A or Ab added so does not interfere with grade book average

Missing/Not done: Letter X added but does not interfere with grade book average

Summary position of results, lates and missing homework shared with parents either at parents evening or 1-1 meeting or email

Ideally, whatever feature is added other than a students score needs to be recognised by the Dropout Detective software should we wish to purchase this and Canvas

Very interesting Gideon. Thank you! We are currently working on a design that allows you to award statuses to individual cells in the gradebook. I think this will cover what you're looking for. I'll share the designs for that soon!