Canvas passes back to PowerSchool a "late" indicator if assignments are turned in or scored by Canvas after the due date/time.  Even when I don't want it to... it does.

Canvas DOES NOT pass back to PowerSchool that an assignment is "missing" even though I have specifically chosen the "missing" indicator in Canvas.

It would be so much more useful for students, parents, teachers, if that "missing" indicator could be passed over to PowerSchool.

Not only is it not passing back that an assignment is marked missing, but it is writing over missing tags that have been given in the gradebook.  This is a problem as PowerSchools mobile app uses these features in a major way to communicate to parents.

This is a major issue for our users as well.  It would also be great if comments that the teacher enters in Canvas would sync back to PowerSchool

Agree with this! Grade passback works very well, except for sending over that missing symbol and I don't understand why this doesn't happen. I have gone through and marked everything missing in canvas and when it syncs over it doesn't carry that missing label with it. The fact that the late symbol syncs over but not the missing symbol is a big miss with the grade sync in canvas.

Yes. This is much needed. Our teachers WANT to use Canvas for grading and assignments but our school REQUIRES that final grades be in PowerSchool. Marking assignments as "missing" is key information that we need to have in PowerSchool and we can't get currently with the integration. 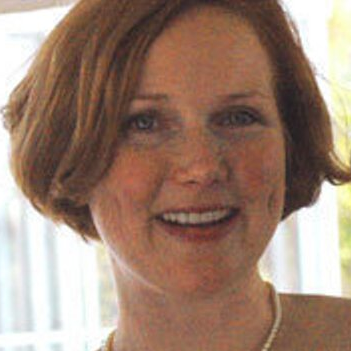 We just started using the grade passback woth PowerSchool this school year and not having the missing tag sync has been a big frustration for our teachers.

I agree. This is a very important feature.

I am also noticing that Canvas does not pass comments to Powerschool - so when teachers write comments in Powerschool, they get wiped when the grades sync again.

Either Canvas should send EVERYTHING to powerschool, or not wipe the missing designations or comments that teachers have added later.

I agree with everything that has been said here.

At the end of a grading period when comments and codes must be entered in PowerSchool, it is extremely frustrating to have to turn off sync to do this. As Emma_Bagg1 said, it should either be Canvas does not wipe information put into PowerSchool, or it transfer all codes and comments from Canvas to PowerSchool.

This is a problem. Why does the Excused in Canvas sync to PS, the Late syncs, but the missing does not. I could live with having to select it myself, but the fact that if I put in a 0 in canvas so the grades match, the missing then gets removed in PS. ARGH! Why does 2/3 work?

Chiming back into copy and paste a conversation that I had with Canvas Support about the missing comment.

Andrew P: I do not think It does pass comments but let me check with a few people to see first
( 7m 0s ) Visitor: Also, if it doesn't pass comments, then the teacher writes them in Powerschool, but then the next time the grade syncs, it wipes them from powerschool.
( 7m 33s ) Visitor: why is that the case? it is telling powerschool that the comment box is empty? but won't let text go through?
( 18m 53s ) Visitor: on the forums, people are recommending this: "Currently, we do have the ability to add comments to the Gradebook in Canvas. However, those comments to not push over. I would suggest pushing over your grades to PS. Then, uncheck the post grades to sis box in the assignment. Then, you can add the comments to the gradebook in PowerSchool and they should remain."
( 19m 1s ) Visitor: however that is from 4 years ago
( 20m 4s ) Andrew P: Yep and that is still the case I just got the same answer from our SIS team
( 24m 51s ) Visitor: So.... is the recommendation to push the grades , stop the sync, and make comments in PS?
( 25m 3s ) Visitor: including adding the missing tag?
( 25m 57s ) Andrew P: Yes
( 26m 27s ) Visitor: Ok thanks. do you know if canvas will ever build the ability to send over the missing tag?
( 26m 33s ) Visitor: it sends over lates
( 29m 26s ) Andrew P: So the message I got from them was that Canvas already has the functionality but that it was so poorly received that it was turned off currently as far as I know there are not plans to turn this feature back on
( 30m 34s ) Visitor: That is interesting that people did not want the missing tag to push over. Comments I can kind of understand. Is it possible for it to be a feature choice? Maybe canvas should consider that. Anyway, that was the issue I wanted to check up on.

Thank you for posting the conversation, because I was certain it used to include the missing tag in the sync. The teachers in my district would love to have it turned back on as well.

Canvas currently carries over the late tag for assignments submitted past the due date to Power School when syncing. Why can't it do the same with the missing tag? This would allow me as a teacher to better communicate with parents at home. Teacher inputted missing tags get overridden during the next sync.

I agree!  Parents really need to be able to see the missing assignments in PowerSchool.

Our SpEd teachers use this feature in PS to help figure out what their students need to work on.  I find myself syncing grades to PS less often because I know I'll have to go back through and mark as missing in PS- becomes very time consuming for 6 classes.  Would love to have this feature turned back on!

PLEASE bring back this feature! I don't use the Canvas gradebook specifically because of this problem. I like to mark assignments missing in PowerSchool as long as they can still turn them in. When I remove the missing mark that means its too late and the assignment has become a permanent zero. With out this feature it is either time consuming to add in myself or is confusing for students and parents.

Yes, for all the reasons explained already, please send Missing from Canvas to PowerSchool. 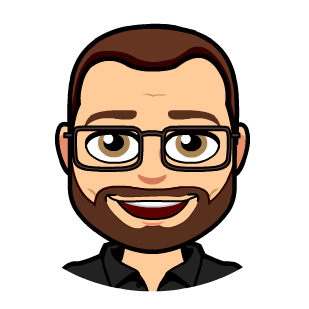 @chris_konig I agree. Some teachers are abandoning the grade sync because of this.

I hope that there is a response to this "idea conversation." It's obviously something that keeps coming up, as it started in Oct. 2019.

If Canvas can send late and excused flags on assignments to PowerSchool, why in the world can it not send "missing" flags? This makes it very difficult to run reports for missing homework, because you could flag stuff as missing in PowerSchool after it imports from Canvas, but when the sync runs it will delete all of your flags. I would assume that the same snippet of code used for the "late" and "excused" flags could be used to send the "missing" flag over to PowerSchool, so why is this not happening?

While I'm here, it would be nice to be able to apply more than one flag to an assignment (late and missing, for example), and to be able to flag "absent" like you can in PowerSchool (which helps me keep track of whose homework is late and who has an extension due to absence).  It is making it harder for me to keep parents in the loop because they only have access to PowerSchool, not Canvas.

Canvas pushes the LATE flags on assignments from the gradebook to PowerSchool. Why isn't the MISSING flag also pushed?