Captioning in Studio at the Bottom of the Video

Captioning in Studio at the Bottom of the Video

The captioning in Studio currently resides near the top of a video when cc is enabled.  We received a complaint from a student in our program who is hearing impaired that the captions blocked some of the content in the videos she was viewing, and that most close-captioning is located at the bottom of the video making it easier to scan both the content and the text at the same time.  She also felt that the font size was too small, and would like the option to increase the size if possible.  Adding these features would make this tool better aligned with ADA practices and similar tools available for captioning. 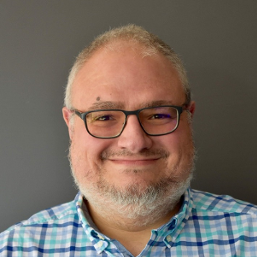 I mean, isn't that just the standard and what one and all would expect?

There are a few reasons why captions would be placed in the upper third:

As Arc has a standard player, and as the above scenarios would be rare for the majority of uploaded content and in many cases a one-off scenario, I do not understand why the captions would by placed in the upper third by default when the standard is well established to place them in the lower third.  Can this please be explained?  Or have I listed the reasoning?

There was this question in the Arc Users Group in August 2018 that asked the same question. Can I move where where closed captions appear in Arc?

The answer I gave there was one that I had been given at InstructureCon, that Canvas put the captions at the top so it didn't overwrite the comment information at the bottom.

That is just not the case.  In most cases with captioning in videos, the text resides toward the bottom of the video, not on the very bottom, where the comment bubbles are located.  Furthermore, I would challenge Instructure to update the way comments display vs. change a standard of practice involving ADA compliancy.

Actually, this is the case. Both of what I was told and what happens when you watch the video. Here are some screen shots from one of my current discussions.

Now, the timeline and the blue dots may disappear if you move your mouse off the video. But given that they may be there means that you cannot put captions there.

I would like to see the WebVTT standards supported where the content creator can specify the location of the text and other formatting, but that wouldn't help the issue of the comments popping up on the screen. Anywhere you place the student comments is likely to overlay something, or make it distracting to watching the video (much like the overlays that people put on YouTube videos) if they change position. Yet having the ability to comment and have it show on the videos is one of the features that people like.

The YouTube player puts the captions at the very bottom, but moves them on the screen when you mouse over it and the controls display.

I agree that the text is too small.

Sorry James, you are correct, about the pop-up comments, I was just talking about the bubbles.  FYI, we have received several complaints from deaf students about the placement of the captions as well as the size, so being able to customize this would be ideal.  Having them at the bottom when the comments are toggled off could also work, with the understanding that they would be at the top when using comments (which we don't currently use, because our faculty are not happy that they don't get notified when a comment is made in an Arc video, different Idea).

Now it makes sense.  The comments added to the timeline include identifiers of who is making the comment, the comment itself (or at least the beginning) and these show next to the timeline.  So to avoid having too much info in the bottom third the captions were added to the upper third.  That should have been somewhat obvious.  Ugh.

Thinking on this a little, I suppose it might be useful to enable end users to move the position of the captions file as can be done when using YouTube.  This has me wondering about HTML5 and the WebVTT caption format.  I believe this format enables positioning.  In case anyone following hasn't seen this in action , take a peek at this demo:  http://ronallo.com/demos/webvtt-cue-settings/

Or would a preset positioning at the bottom left be better than the top? (see below)  But could that work for both the vtt and srt caption formats?    This capability surely also ties into the HTML5 video player capabilities.

I sometimes wish for a //readme file that details why certain things are the way they are.  Then I could develop a better understanding ahead of presenting a list of wants.   :smileycool:

WebVTT allows cue positioning, but if there is something else displayed in that spot, you wouldn't want to use it. There's a whole section in the W3C Candidate Recommendation for WebVTT on what to do with the cues, including collision-avoidance. There is a note that some of the material on collision avoidance may be dropped from the Candidate Recommendation. There is also a lengthy section on how to render things. Including how tall a line should be (although I hope there's a better definition than the one I found -- at least 6% of the region height, but the region height might be the height of the caption box, not the height of the video).

From what I've seen, Canvas completely ignores any formatting in a WebVTT file. They may accept it the basic text and timings, but essentially it works with the capabilities of SRT.

I'm going to ask a question I don't have an answer to. It's more of a thought provoker than one that actually demands an answer.

Typically, Canvas sides with the end-user on most things. Think of all the threads where instructional designers and faculty have been thwarted because Canvas wants a common look and appearance because that consistency helps learning. Yet in other areas, like disabling the dashboard course color overlays or setting some preferences, it's left up to the individual user.

Video creators have certain guidelines they follow. I am not a professional, I just dabble, but I know that Premiere gives me a "safe zone" for text and I should avoid putting it in the margins. If I make videos with titles and spreadsheets, I probably put the important stuff at the top or center, partially so that it's not overwritten by captions at the bottom, but also because that's where people focus. I imagine most videos are created the same way, with the expectation that the captions go at the bottom. But I'll grant that's an old technology that predates WebVTT.  I'll also say that there have been times that I have wanted the captions at the bottom because they overwrite the text I have at the top.

The comments just get in the way of what both content creator and content consumer want. But it's also a distinguishing feature.

Perhaps, if there's any redeeming thing about having captions at the top, it's that they're small and don't cover up too much.

Studio, please change this behaviour. There may not be a legal standard for location of captions yet, but common practice creates a strong expectation for captions to reside in the lower third - at least in the States.

Some video editing apps don't even allow placement of captions anywhere else. It becomes an unnecessary challenge to edit video with captions nailed to the lower third, turn around and publish to Studio only to find that you have to re-edit/re-publish because not enough space was left at the TOP of the screen to accommodate the final (less expected) location of captions at the top.

Today captions in Studio end up at the top of the screen with a non transparent background. This way they often either cover important content in the video (like a persons face/eyes) or when looking in full-screen mode they are too small and hard to see. Most other video services put captions at the bottom of the screen and with the possibility to have a semi transparent background. Most people search the bottom of the screen for captions. I didn't even see them at first when I looked at a video in full screen mode. It would also be good to be able to choose which size you want for your captions.

I am a communications officer and videographer and help our teachers with their recordings and films, and captions is an important part to make the content accessible to all students.

Captioning a video recorded in Zoom where you are sharing your screen (e.g., with a Powerpoint) makes the caption appear across your face at the top right of the screen. This breaks the student's ability to see you and the ways you nonverbally communicate. Please create a way to decide where the captions appear (I would prefer it at the bottom of the screen, so it does not cover my face as I lecture). Thank you!

Yes, please provide a way to decide where the captions appear, and the font size and color!

In Sweden almost everything on tv offers captions. We are very used to subtitles appearing at the bottom. Please make it possible to place them there in Studio also. The fact that the subtitle appears at the top makes teachers not wanna use this great feature in Studio.

We are well aware of this shortcoming and as we will work on some captions improvements throughout next year, we'll definitely put this under our microscope besides other caption controlling functions. For example, font size could be critical for students with disabilities among other issues discussed above.

Currently, there is no option to edit the font size of the auto-generated captions in Canvas Studio.  I am an Instructional Designer and would love to see this feature implemented for better and more visible captioning.

Although it's quote an old topic, I wanted to let you all know that we'll address the question of captioning experience in Studio soon. Positioning, editing and a lot more also from a student standpoint as well, therefore we created a survey around this to explore the needs.

We would be really grateful if you could take the time to fill it! Since captioning is crucial from video consumption point of view, we would be thrilled if this survey was filled out by students as well who are spending time watching lecture videos, submitting video-based assignments and so on. That would gives us the whole picture when it comes to video consumption and creation.

Also feel free to reach out to me in private if you would like to talk to us in this matter, we are always happy to hear feedback!

We've had 100+ people (teachers and students too) filled our survey which is fantastic! Based on the survey, we designed a prototype that we want to show you so that we can fine-tune it based on your feedback before we jump into the implementation.

Let me know if anyone would be up for a quick call to walk you through our concept. Feel free to respond here or send me a private message!