526 Kudos
Status: Completed Submitted by kraemer on ‎12-22-2015 05:57 AM
(5)
Deleting pages one at a time can be time-consuming - 3 clicks per page.  It would be great to mark them and delete in bulk.  Seems like most course creators will face this at one time or other.  I'm resubmitting this idea, which failed to get enough votes. I wonder if it was the time period - end of semester, so not when people are creating or updating their courses.  Maybe now is a better time for this idea!

For more information, please read through the Canvas Release Notes (2020-08-15)

Your idea will be open for vote in the next voting cycle.

This is going to be more important to have faculty accumulate more materials they can copy into courses. I get quite a few requests each term to reset courses because too much content has been imported and it's too cumbersome to delete pages one-by-one. (We hide the reset button due to various mishaps by faculty in the past).

Thanks for bring this up to vote on. This is a very time consuming issue that seems like it seems like low hanging fruit for an improvement!

While you're waiting for this feature idea to gain traction and be implemented, I've written a Google Sheets application that people can use to bulk publish, unpublish, or delete wiki pages from within Canvas.

After you configure it to talk to Canvas, it pulls up a list of pages that have a 1 if they're published or a 0 if they're unpublished. You make changes, including setting the value to -1 (negative one) to delete the page. Then you save your changes and you're done.

Here is the announcement, including a video walk-through of how to use it. Bulk Publish / Delete Pages

Yes please... it takes forever sometimes to do this.

Thank you, Beth! This feature would save oodles of time, not to mention teacher's health as I've heard many a faculty member say they don't sit down to do things like this without a glass of wine. And the bottle within reach...

Yes, please, this would be wonderful!

While we would love to get on this right away, this feature will not be worked on in the next 6 months. I am hopeful this is something that will be reconsidered during our next prioritization exercise. We do not wash away these feature request and revisit them regularly. We very much appreciate your participation and dialogue around these requests!

This feature would be great! Especially as I am migrating over from Etudes, each Module comes with two extra "blank" pages as a result of the way Etudes had the modules set up. Lot's of time deleting... 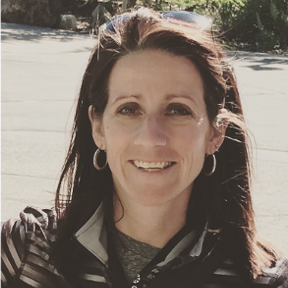 Please add this feature. It is painful to have to delete each page separately. It will also help people clean-up their courses and free up space!

Please add the option to be able to delete multiple pages and files at one time.  Click an edit, check those want deleted, and click delete.

This would be a GREAT feature to add!  In my case, I'm dealing with a course pack from my publisher that I thought wasn't uploading correctly.  Turns out that it uploaded...MULTIPLE TIMES...so now I have  over a hundred pages that I'm having to delete one by one.

Been over a year now on this one. Canvas, please add this feature to more than just pages! A checkbox next to things with actions would be much appreciated.

I see this idea has been under consideration a very long time. Please, get this into Canvas, it is badly needed! I am faced with having to delete hundreds of pages from multiple modules, which is currently too time consuming to even consider. Meanwhile, the excess pages slow down the response time of those modules. I am constructing an elaborate work around which I hope will keep things functional, but really, multi-page deleting is such a basic and essential function, it needs to be added!

Your App is VERY helpful in filling this huge gap in Canvas functionality.

THREE YEARS? DO YOU PEOPLE IMPROVE ANYTHING??????

I don't know why more importance is not placed on Pages and the role they play. If you think K12 student respond to neverending modules made up of list upon list of uploaded files then you are sadly mistaken. We have got to do something that makes things more engaging and exciting.

Time for a bit more attention to pages and mixed media content!

I'm glad I'm not the only one prodding the Canvas development gods at Instructure to create/improve bulk-type functions like selecting multiple items for manipulation.

Thanks,  @kraemer ‌, for posting this function request.