A situation recently came up in class where we wanted to remove a submission that a student uploaded to an assignment. We were told by support that "the only way to do that is to remove the assignment completely from the course," which isn't the most convenient thing (because then we delete other submissions by other students).

It would be useful to have an option for faculty and TAs to delete submissions for individual students.

I heartily agree that students should be able to delete their own submissions, though I see no reason for Canvas to archive deleted submissions. If a student uploads a submission, a copy of the submission already exists on the student's device, so archiving is unneeded. Additionally, there are some situations where students or admins want something to be completely deleted, so archiving it is a problem. This idea was submitted 3 years ago, and still, even Canvas admins cannot delete submissions. If Canvas could fix this for admins, we could help students until they are given the ability. Our frustration, in a nutshell, is that institutions using Canvas do not have the ability to control their own data because of an ongoing limitation in the Canvas LMS.

We discovered this limitation when asked by a college administrator to remove a student's submissions. The student had accidentally submitted files containing sensitive information instead of the files intended, and the student could not delete them. After discovering even an admin could not delete the submissions, we contacted Canvas Support around 9 AM asking them to remove the sensitive files. This was completed after 4 PM after being elevated to L2 support; evidently it wasn't even easy for Canvas Support to do, even with much greater access and rights. We did keep busy during those 7 hours though, trying to explain to others why we as admins could not control our institution's data in Canvas.

In most learning management systems, what is displayed to the user is based on their role. As a page loads, items would check the role-level  (being passed via querystring, session variable,etc.) and display accordingly. A delete button may or may not be displayed based on role-level.  If someone was clever and tried to get around this, the delete function would also require an acceptable role-level. If role is only the problem, I think this could be resolved quickly. Since it's been 3 years, my guess is that there is more to it, probably something to do with where the files are stored in AWS, permissions/trust, or some other technical reason why Canvas can't easily delete them.

Regardless of the challenges for Canvas LMS engineers, a Canvas admin needs to be able to control both users and content in the LMS they are responsible for - this is a glaring deficiency in Canvas that needs to be resolved. 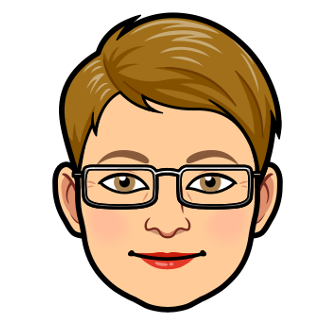 I don't think instructors should be able to delete submissions because it could open us up to accusations such as the one that was made against me several years ago. I had a student who submitted very little work and so failed my class. She told her father that I had deleted her work because I didn't like her and wanted her to fail. He took this not only to my principal but to our district office. He still didn't believe it when he was told that instructors couldn't delete work and still tried to get me fired obviously unsuccessfully.

You can solve this easily using records of deletion and it is a FAR FAR lower risk than the risk of releasing protected information.

After reading that, I think you could use a great big Panda Hug!

I agree, if the instructor cannot delete a student's submission; the student could complain a lot, but would learn that it's impossible.

I do think students should be able to delete their own content, but still think admins need to be able to delete things.  It's downright embarrassing to tell your boss that, while you are a "Canvas admin", you have to submit a support ticket and be put in queue just to delete content on your own system. The boss is probably thinking "I guess it's not really your system, is it buddy?"

I know there's the 'unethical admin argument', but in every similar system - email servers, file servers, web servers, directory services, etc., system/server admins are trusted to manage threats, content, and users in the systems their institutions trust them to manage. Canvas admins should be able to make and act on these kind of determinations without having to rely on Canvas Support. And don't get me started on user tracking ....

BTW  Kelley,  if your passing out great big Panda Hugs, we need a few after a week like this!

Please create this feature for admins!  We had created an assignment and then decided to unpublish it and create new assignments in its place.  The original assignment wasn't due for months....but of course 1 student out of 127 students had uploaded the wrong thing to that assignment and we could not longer "unpublish" it.

Nonetheless, for an administrator of the system to not be able to delete a submission seems absurd as the information uploaded pertains to our institution and our data, it is not private data for Canvas. 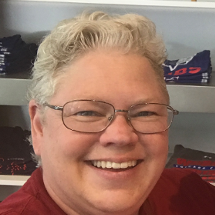 To the answer the "why would I want to," because students frequently upload the wrong document to the wrong assignment. Additionally, Canvas is set up so that we are unable to delete or remove an assignment (as a whole) if a student has submitted (when they were told not to and did anyway because...well, who knows why?). Also cannot unpublish if someone has submitted to that space.

Lastly, it's MY course. If I want to delete something someone uploads that I feel is inappropriate content for my course (yes, I know they can resubmit), I want to delete it. As others have said, every other LMS with which I have worked has had this capability, why not Canvas?

I ran into this just now -- I have an old assignment that when the course was copied over from a previous year somehow got "published" (I unpublished all assignments but apparently I missed one, or this one published itself in the copying process).    One of my eager-beaver students saw it and, although the assignment was not for the current week,  submitted to it even though it said the due date was years ago.  Now I cannot unpublish it, leading to extreme confusion.

@ambouche ‌, you do have some interim solutions at your disposal, and it's possible you've already implemented some or all of these. While it's true that you can't unpublish the assignment because of the eager student's submission to it, you can change the Available Until date so additional students can't submit to it, change the points possible to zero, and edit the assignment description to read "Do not submit." Alternatively, you might be able to change the submission type to No Submission and the Display Grade to Not Graded (https://community.canvaslms.com/docs/DOC-10113-415241285 )  Last, you could enable the "Do not count this assignment toward the final grade" setting so the assignment doesn't appear in students' grades view (How do I exclude an assignment from the course's final grades? )

I couldn't unpublish but I was able to delete the assignment.

I suggest the options below should be implemented AS SOON AS POSSIBLE.

* Allow instructors to LOCK or UNLOCK submission folders to prevent students from deleting files in them.

* Automatically LOCK a submission once it is annotated or graded (i.e. with no option to UNLOCK by anyone).

* Provide a robust, transparent method to allow instructors through students to review and manage all versions of the files that have been submitted through SpeedGrader.

Quite frankly, Blackboard is much better in this respect! It is not unusual for students to accidentally upload a file to the wrong assignment. Blackboard allowed the faculty to remove the wrong file and open the link again for the student. It is crazy that the only way to do this in Canvas is by deleting the whole assignment.

We just ran into this issue here. We had an instructor with a class with two students with the same name (first and last). The teacher put the wrong student into the student groups within Canvas, but assigned them in class. So "StudentWithSameName A" posted his group's work into the wrong group.

The teacher has since moved the students into their correct work groups.

Canvas Support tells me there's no way to delete this submission and the student will need to resubmit...  but Group B can now see Group A's submission.

Ran into same situation. Would be helpful to be able to delete a students submission and allow them to retake.

One topic I teach is Matlab Programming.  Matlab is peculiar about its .m file names and doesn't take hyphens - or parentheses ().  If a student resubmits an assignment the file name is amended.  For me to run the file I have to first change the file name. It would help if I was able to delete a submission and allow a student to resubmit.

This is a request that comes up fairly often from instructors at the University of Oklahoma, so it would be nice to have this functionality in a course.

One suggestion I have in regards to this topic is, rather than having a full on delete option, having some form of archive option.  I feel as though the common concern if adding a delete option is that a student's work is inadvertently lost forever.  Archiving submissions such that, for all intents and purposes, it is deleted, but can be recovered if necessary feels like a good compromise.