389 Kudos
Status: Open for Conversation Submitted by GideonWilliams on ‎04-06-2016 03:49 AM
(13)
Parts of this have been mentioned in previous requests (Modules within Modules and others) and I wonder if this is more to do with the needs of K12 than beyond?

We run a model based on UK curriculum which may be different to other school models (10+ subjects in a timetable, classes selected by ability, external examinations in 2/3 year groups, different content taught depending on the class etc). Having begun our implementation of Canvas the last thing we wished to do is create individual courses for each class and teacher in a subject. With up to 9 classes in a subject this would be an administrative nightmare and would go against much of what I believe a VLE is for - forward facing, collaborative, personalised, sharing of resources etc.

The reality is at school level it is very very difficult to create a core course that is truly personalised without some form of conditions/restrictions especially as "content is king". We add our classes as separate sections which enables assignments to be posted to individual classes. We would dearly like Canvas to go further and enable this option for other content such as pages/links etc.

This would allow content (pages, links etc) to be viewed by individual sections. It would give teachers and students the best of both worlds. Modules could be 'turned on' for all sections or individual sections. It would allow you to create differentiated blocks of content/resources eg for those students who are perhaps sitting the 'Higher Level' exam. It would also allow us to support subjects where they have banded/set ability groups. It would also support subjects where topics are done on rotation due to resourcing. It would also reduce the risk of common core subjects such as Maths/Science developing vast 'silos' of resources/modules and making navigation harder than it should be. Would it also be less messy than Conditional activities?

I know that some suggestions have talked about creating extra courses but with the majority of our students having up to 15 courses to manage, the last thing I wish to see is doubling up courses and reducing engagement.

I think this is more of a K12 issue and it would be nice to see a little bit of love sent their way...

I was at the Dutch Users Group consortium on Friday. This consortium represents a sizeable and growing number of universities, colleges and schools within the Netherlands. As a group, we identified a number of ideas we wished to take forward and the one above emerged as a clear favourite (without any prompting from me!)

This is now an idea that has support across multiple educational organisations and the benefits of this idea are seen as hugely positive and wide ranging.

As the last comment on this was 16 months ago and 2 years since the idea was published, it would be nice to know what progress, if any, has been made here.

Thank you for your Feature Idea submission.  I have checked for duplicates and past submissions and do not see any.  I am going to recommend that this idea move forward to open for voting with the next cohort.

I would like to add that this is not just a K-12 issue. Differentiated learning and competency-based learning is gaining wider acceptance in Higher Ed, and this feature would be very useful for those uses.

The K12/UK issue was probably more related to the set up of classes and use of sections... Thanks for the feedback and support.

Thank you for submitting this feature idea, Gideon. You always bring thoughtful ideas and conversation to the community.

Thanks for chiming in Kelley.

You may be interested in Canvas Studio: Conditional Release​ which is currently in development! 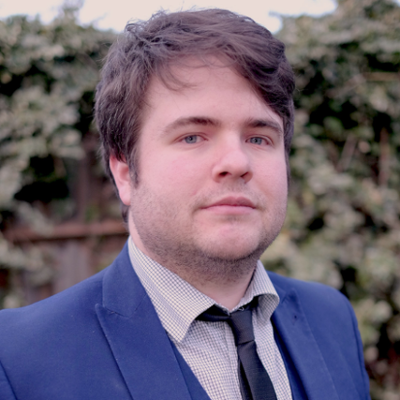 A brilliant idea Gideon. We have set our courses out in a very similar way and it would definitely be useful to hide assignments/modules etc that other staff members have created. This is especially true in the Gradebook, where columns can become confusing.

Thanks for doubling my score ;0) It does make sense doesn't it. Need to find a better way to personali material within a course without creating multiple courses or huge lists of stuff. It would be a HUGE TICK for engagement by our staff and a MASSIVE selling point for Canvas amongst UK or British curriculum schools. A way to go though.....

At the HE level, where an honors section can be combined/crosslisted with a regular section, this feature would be very valuable.

Thanks Melody, I was not sure about HE but it does seem a sensible suggestion and a far better alternative to some alternatives being suggested at my school due to the wide varying ability groups.

Thanks for your support

I'm not sure why this is labeled a K12 request because I see lots of opportunities and reasons why Higher Ed would also want and utilize this feature. If anything I almost overlooked this (and didn't vote) because it said K12, but I'm glad I did take a look and realize it was something that would benefit EVERYONE that uses Canvas.

I am happy to alter to but to be honest I was trying to find ways of getting more people to look at the idea!

I also felt that it was something that would resonate more with K12 schools and the nature of classes.

I sometimes feel a little frustrated that not enough developments are based on the potential pedagogical benefits and this is one idea that would make SUCH a difference to the engagement of learners and teachers alike.