Students and instructors have noted a significant difference between how the iOS apps (both Teacher and Student) render some files and how they are rendered in the browser. Specifically a pptx file which has fonts embedded, does not render with these fonts in the iOS apps.

On Android, the apps don't appear to try to open and instead will prompt the user to open in another app e.g. Microsoft PowerPoint.

An example of a PowerPoint presentation rendered in full and on mobile apps, where the bottom portion of the slide is cropped: 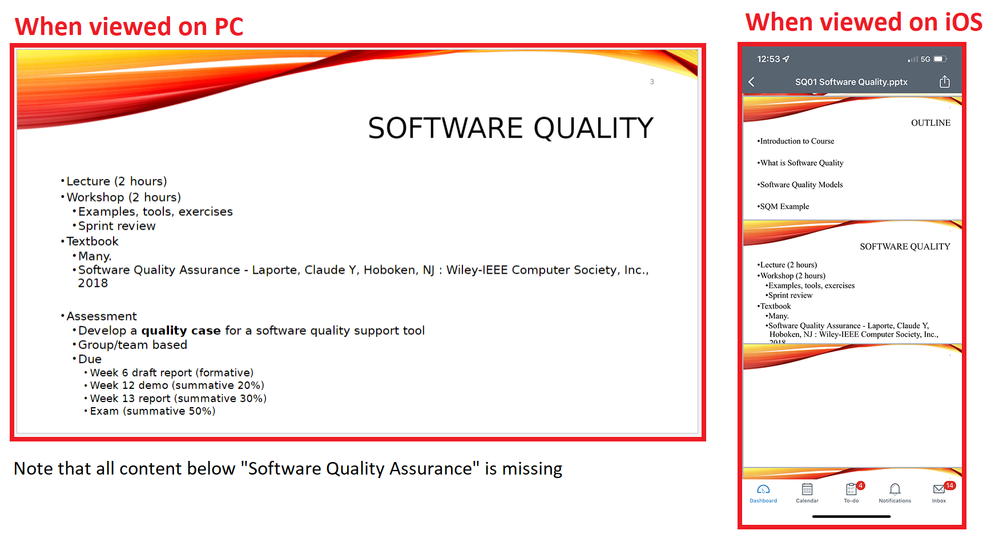