Currently in the New Gradebook, instructors can set the gradebook so that late penalties are automatically deducted. It is unfortunate that in multiple-attempt quizzes for which only the highest-scored attempt is to count, penalties for late submissions can adversely affect scores from attempts that were on time.

For example, suppose a quiz has multiple attempts, and only the highest score is preserved in the gradebook. The instructor allows late attempts with an automatic deduction 25% per day. Prior to the deadline, a student earns a kept score of 75%. When the student attempts the quiz again a day late, he again earns a raw score of 75%. Instead of deducting 25% from the late submission, the gradebook deducts 25% from the kept score. Thus, even though student's highest attempt is the 75% earned before the deadline, his score is recorded as only 50%.

So, I am asking that late penalties apply individually to attempts. Once the attempt is adjusted automatically accordingly, then the gradebook should select or calculate the kept score based upon whatever rule has been set up (such as highest attempt).

Thanks for sharing this idea,  @kowens . Have you already run this behavior past Canvas Support? While it might turn out that this is how the late policy is designed to be applied, we want to rule that out first. If you have not yet submitted a support ticket, please use the instructions in How do I get help with Canvas as an instructor? to open a case—and please include a link to this idea in the description field of the ticket.

And if you have already confirmed this with Canvas Support, please provide the case number. 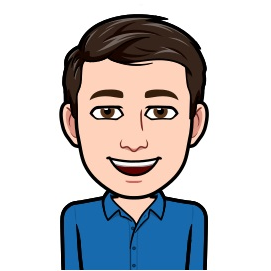 I did not submit a support ticket at first, because of this discussion I read concerning the issue: https://community.canvaslms.com/thread/22054-late-policy-with-multiple-attempts-on-a-quiz . It seemed like Canvas knew of the issue but was encouraging that an idea for a modification be put forward. But, after reading your comment just now, I went ahead and submitted a ticket (case #04377394).

Thanks for initiating the case,  @kowens , and for providing the link to the related discussion. We will keep the idea in Moderating status temporarily so we can hold some additional internal conversations about this.

I just heard from Canvas Support. In part, they said, "After some further searching I found that our engineering team is aware of this matter and currently has a ticket open to investigate this further. I will go ahead and attach this case to that ticket tracker so that you will receive a notification once they have made progress on this."

Thank you for that update,  @kowens ‌! We'll maintain this idea in Moderating status for the time being pending the results of that investigation.

@kowens , we've opened this idea for voting as the support process continues.

The problem is worse than this thread suggests and certainly ventures into the realm of "Bug" which seems to be something of a no-no word amongst the Canvas support staff.  Take for instance the following situation:

All of my assignments are marked "keep highest"

I have a student that took a quiz and obtained 100% prior to the due date of the assignment.

After this, she worked on the assignment as a practice before the quiz and received a 90%. This second assignment was late, but obviously not her highest score.

Even though the system should have been keeping her first attempt @100% and on time, it somehow overrides the on time nature of the highest score and applies the penalty to it.

In what world could the intended functionality be to mark an on-time assignment late?!?

Thank you for your support, Ryan. I haven't heard anything from Canvas since June 5, 2019, but I am hoping that they are working on a fix for this. Due to this flaw, I am unable to utilize the automatic penalty functionality, because 99% of my quizzes are multiple-attempt.

Thanks for posting this idea! Just chiming in with our own use case - I think this idea covers our needs. We have several instructors who allow multiple attempts on quizzes and want to keep the highest quiz grade. They also have a late policy in place to deduct 100% of the grade if the quiz is late. Right now, the late policy rule seems to be prioritized over the "keep the highest grade" rule. Any students who have a late submission are receiving a 0.

Ideally, the late policy would calculate first, and then the students would have an attempt that earned 0 points along with other attempts that they have received different scores on. Then, the highest of these three grades would be the one that displays in the gradebook.

I agree Ryan! We should not have to up-vote this for Canvas to fix something that is broken.

Thank you, Suzanne. I still haven't heard anything from Canvas after all of these months. I hope they will provide a fix soon.

We are having the same issue and agree that this is an issue period but especially in courses that have hundreds of students.  This is causing a problem for us.

Another issue that affects teachers who have a 100% late penalty, is that when this applies to assignments and quizzes with essay questions, the student's grade may not correctly display zero points until after manual grading.  There is no need for students to be confused by grades that change from zero (missing) to grading-in-progress to zero (late).   @ajw13 shared a related idea that might interest you: https://community.canvaslms.com/ideas/15753-better-options-to-score-late-submissions It would let instructors in this situation set the grade policy to keep the missing zero on late submissions, while letting instructors with different grading models (like me) choose to have students see an indication that grading is in progress. 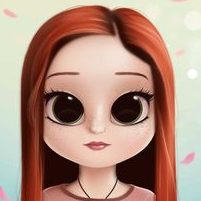 I agree with all of the previous comments.  This is DEFINITELY a glitch or result of a coding error that I have also now encountered.  I called Canvas Support and had a similar experience to the previous commenters.  Their only response is to write my "idea" here, but I found that I am not the first to have this problem!  I can't imagine a situation where any instructor would prefer the late policy over the "highest" grade policy!

I am actually relieved that this thread began 8 months ago since the conversation has already begun, but I am disappointed that it has not (yet?!) been resolved.

Yes, please fix this. It is a bug and not a feature. No student or instructor would ever penalize a student of an assignment turned in ON TIME with a perfect score of 100% because 5 days later they "touched" the assignment again to study with and got dinged on the after due date penalty. You are turning education into a tricky video game where you can get completely knocked out for entering the wrong room. Penalize the late assignment attempt, not the "on time" assignment. When you have over 1000 students, this is a huge pain in the ass to deal with.

I am hoping this gets addressed soon! I would love to use the late penalty feature if it worked correctly.

Have you heard any more about this?  I have had absolutely no luck finding out any more information than what I know from this thread.  And from other threads, it seems like we will need hundreds (thousands?) more votes to be taken seriously.  It's a shame that we can't follow up in any other way.  It seems that this issue should be treated differently (compared to an "idea" which would be useful).

I haven't heard anything from Canvas since last summer. I agree with you that this is clearly a bug and should not be considered a new feature request.

I have seen ideas receive a response without getting the most votes.  This idea was not cancelled after 6 months of voting, so I'd say it has a good chance.  It is a very reasonable request that I agree with.  I agree that there seems to be a bug in the interactions between the late policy and rules about multiple quiz attempts. I am glad they have opened this ticket for comments, however, because this idea is the only reason I would have even looked for a problem like this.

After seeing this idea I went through all quiz submissions from this semester.  Although I do not have an example exactly like the original for this idea, for a quiz set to count the latest submission, I found the following example.  (The kept score should be 50-10=40, because that is the most recent attempt.)

I submitted a support ticket (case number 05265719).  Maybe another example will help solve the problem.

Thanks to everyone who has contributed to this conversation. We have archived the idea, as our engineers are addressing it as a bug. Please refer to https://community.canvaslms.com/docs/DOC-18005 for additional information, and follow that document as well as your support tickets to stay on top of the progress toward resolution.