Right now, as it stands, you can create a pre-test and then trigger 3 paths using Mastery Paths. But, if I give a due date for each item in the Mastery Path (before student interaction), this due date does not 'stick' to the assignment as the students begin to take the pre-test. Does not sound too earth shattering, right? Wrong.

I have elementary students and I have come to learn that if it is good for elementary, it is good for the rest of the world. Our gradebooks are organized by due date (numerically). In addition, if an assignment does not have a due date, it won't show up in the gradebook. So my kids/parents were really thrown off when I started using Mastery Paths. They could progress monitor completion of the items in the path (using requirements set in the modules), but when it came to viewing the student's achievement on those assignments, they were lost. This is because I need to go in and manually assign due dates to each student's assignments in the path after they complete their pre-test. Granted, there are only three paths, but if I have 18 kids, I'm going in after the last of the 18 finishes that pre-test (and I'm virtual, so that could be 3 or 4 weeks after the first kid finished their pre-test). It is sort of a logistical nightmare.

The intention is for this to personalize and individualize their education. Right now, for that potential to be reached (as Canvas intended), the due date predetermined by the teacher as they built the path, needs to follow as each child completes their pre-test. This will make each item in the path show up in the gradebook so parents and students can see if the concept was understood and to what degree.

How I set it up

Somehow I got an accidental vote down but it won't let me correct.  I vote up up up

This would simplify things so much! I teach my students to use the calendar feature religiously, but when the assignments from Mastery Paths don't show up on their calendar because they do not have a due date, it gives students a false sense of completion when there is still work they need to accomplish, or creates more work for me to go in and assign due dates to each student for each task within the Mastery Path. . 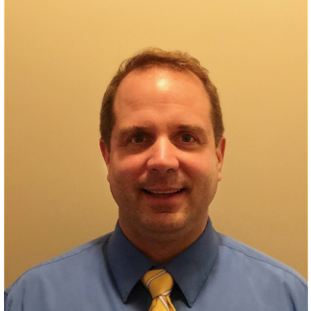 I found this post really informative. I am going to start using Mastery Paths this year and it was helpful to know some of the issues that might happen for me and the students. I was thinking of using pretest as a start to the mastery path and know that there might be an extra step like this once all my students are done is making me reconsider how to use a pretest and the mastery path. I think this might be an issue for me, as well, because we can also link grades from Canvas to our grade books. Thanks for the post and the videos.

Please reference the Mastery Paths resources I provided to teachers this summer in this publicly-visible course: Differentiation via Canvas' Mastery Paths (Self-Paced)

I'm hoping that I haven't pushed awareness of MP too much in my district, to date. Honestly, it still has some bugs that can frustrate and confuse teachers and students, so the faster these are resolved the more likely MP becomes a widespread solution to teachers' need to provision ready paths of intervention and/or extension in Canvas.

In other words, before Mastery Paths functionality can be enhanced, the existing functionality needs to work in a reliable and intended fashion, every time for every student. Deactivated user

Our district is having an issue with this as well. It's not really setting things up to easily be self-paced if the due dates for follow-up assignments can't be preset. +1 from me!

Canvas people, can you update the name of this feature request to something that matches what it's asking for? I almost didn't find it. Maybe "Mastery Paths: setting conditional item due dates"?

I ran into this behavior today. Is this working as intended? I would classify this more as a bug. Has anyone put in a support ticket yet? I was just about to do it when I stumbled on this idea.

We submitted a support ticket about this issue yesterday, and were told Mastery Paths were working as intended and pointed us to this feature request. This is a HUGE issue for us and is causing quite a bit of confusion with our students, parents, and teachers.

Am I understanding that the problem is the due date set on a conditional item *is not* passed to each individual student as they enter into that path? That does sound bad.

As I was reading this, I wondered if a number-of-days-later due date might be a useful setting here, especially if students arrive at the Pathway branch/qualifier at different times. I know that is a whole other idea than what is here.

@tcparodi ‌ - I'm going to modify the name of the idea slightly so it's easier to find! I'm also going to add a few tags. This is a wonderful idea, and I want to help people find and rally behind it!

@MattHanes ‌ - I have looked into this (with some official Instructure help). The feature is working as intended. So this feature idea is perfect to highlight the additional functionality that would make Mastery Paths easier to implement!

This Feature Idea would be a huge help for any teacher who attaches due dates to remedial work. I use Mastery Paths so students can choose their coursework (by assigning a multiple choice quiz), and I set reminders in my Google Calendar so I remember to go in and attach due dates after the students complete the quiz. Otherwise, like others have pointed out, the item doesn't appear in students' calendar or to-do lists. Items, especially when they are student-centered and student-paced can get overlooked...or worse, not seen at all.

I hope that this can be tied to the differentiation functionality that is already available in Canvas. It would definitely encourage more teachers to take a look at Mastery Paths if due dates for particular students could be based on the one assigned to "mastery paths" when the assignment was first created.

That would be helpful for the intended application of Mastery Paths, for sure. However, for creative uses for Mastery Paths like Kona explained in https://community.canvaslms.com/people/kona‌, that wouldn't be as ideal.

Her example is beautiful but simple.

The math becomes stupendous pretty fast.  I can't go in after every pretest to assign new dates to the next path.  3 weeks in and I have 30 open paths running.  I am already using hours of my time to put in due dates.

The only "bulk update" of due dates that I've seen admits that it doesn't work with Mastery Paths.

I am trying to use Mastery Paths primarily to serve as a remedial tool, so my conditional assignments are time sensitive interventions along my students' progression of the curriculum. I have hundreds of students who all enter the paths asynchronously. Without due dates, my cute little teenage students would never notice they have additional assignments after completing the originating assignment...pretty much because if it's not on their calendar or to-do list, they don't feel any urgency to complete it -or they won't even see it- and the effectiveness of a timely intervention becomes null and void.

Without due dates none of the items appear in the grade book (not part of the current grading period). So I'm now teaching an entire unit wherein every time a child gets assigned by Mastery Path to a task, everyone who has already completed that task has their quarter average change until I dig around and find which item got its date erased and go in and overwrite it. This is making mastery paths unusable for classes where students have open pathways and get to different stages at different times.

That would be interesting, but as the pretest likely has a static date, I'm not sure how often it would be useful - you couldn't really combine it with static dates on later assignments.  If they would at least maintain the date options everything else has, that would be a big step forward.

In addition to it just not making sense to lose the due date at all, having it erase the due dates from students already on the path with a due date assigned is just horrible.

There is no warning to instructors setting up their course that due dates assigned to mastery paths will be removed.  This is a huge problem for organizing course, when most students of all ages ignore anything that "isn't due."

When due dates pre-set by the instructor are removed by mastery paths, students (students of any age my college students have the same trouble as these elementary students) may have no idea when the instructor considers the assignment to be due.  Additionally, without any due dates or "to do" dates, the assigned work is in an unorganized list at the end of the syllabus page or to-do list and does not appear on the calendar.  Having to manual reset the dates makes organization before the semester pointless, and it makes extensive use of mastery paths impractical. No one has time to set due dates for every assignment one student at a time, as they randomly complete the path.

OR, for anything assigned by to "Mastery Paths," change the due date and availability dates in instructor view to ## days/hours/minutes after release - automatically applying the requirements as calendar days and times in student view for each student.