Non-scoring rubrics were introduced to Canvas on July 14, 2018.  When a non-scoring rubric is used in the SpeedGrader for grading (assuming there are only three values to choose from...such as Full Marks, Partial Marks, No Marks), there are only three corresponding color options: green, orange, and red.  An example of this is shown in the Non-Scoring Rubrics section of the Release Notes.  However, what if there are more than three possible ratings in a rubric row?  The only colors available are green, orange, and red (described by Pat Fellows ... thanks  @pfellows !)  In my own testing, depending on how the cells were added to a criterion row, you may get different results for colors when grading via the SpeedGrader.

If there are greater than three values for a given row in a rubric, I would like to see more color options available.  Or, maybe allow us to pick a color palette that we could use throughout the rubric...keeping in mind that some rows may have three values, but some rows may have four or five values...all within the same rubric...all dependent on the type of assignment being graded. 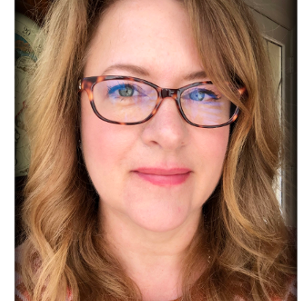 While I like the idea of color-coded rubrics and am pleased with many of the recent updates, I'm in the same boat as Chris Hofer and am afraid that my students will misinterpret my positive feedback negatively because of these added colors that don't seem to jive with the ranges of ratings I've provided.  I was right in the middle of grading a batch of summer essays when this update hit, and the students' rubrics are now peppered with tons of red and orange because the "spread" of colors doesn't correlate with the grades they've received in each skill area.

For instance, when I have a 3-rating or 4-rating spread, the green shows up for the highest point value just fine; however, with a 6-, or 7-rating spread (which represents an A+, A, B, C, D, F, and 0 for a skill area), any grade except an A+ or Exemplary score is turned into an orange or red arrow--which, to me, suggests to a student that he/she did very poorly on that skill.  So, technically, the essay in the attached screenshot below is an A- paper with an overall percentage of 90.5%, but look at all that red and orange (which I really can't differentiate between)!  I can't imagine that this student wouldn't look at this and think he'd done something horribly wrong in all areas except the essay title!  Mathematically speaking, he received no individual rating lower than 83.3%, yet why is that considered "in the red"?

Good, well-developed, skill-rewarding rubrics take instructors foooooreeever to create and fill out in Canvas, and I hate to see all of that valuable feedback thrown in the "trash" by a student because he/she sees "red" and interprets that as failing the skill or the assignment.  Can this be adjusted?  Can we have the option to apply colors based on our own grading parameters?  And are these color choices fine for our vision-impaired students?  I fear I will end up having to forewarn future students to ignore the rubric colors altogether because they don't accurately represent their workmanship.

I am also in the middle of grading the summer session when this update with color-coded values on rubrics occurred. While I would like there to be more color options, as I feel the red and orange give off a very negative vibe, I think that the functionality of setting up new rubrics can still be improved and adding/selecting colors is just one more step in the rubric making process that I don't want to go through. I would like the option to not have colors at all, especially if I have to select colors for each assessment value.

I teach a writing class where there is a new writing assignment every week and a new rubric, with different criteria, for each assignment. 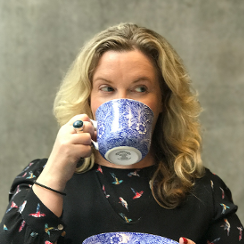 Agreed with this - I actually thought we would be able to tweak these at the account level but am I wrong? We definitely want to steer away from the traffic light system of green/orange/red for the reasons mentioned but also for accessibility reasons (red and green not great colours for accessibility). Also the negative connotations of the use of red. And like others - we have four cut points not three and the way these colours are applied is inconsistent.

I would like the ability to turn off the color system as it negatively equates anything other than the rubrics highest ratings.

Hi Sara, we did actually change ours to all one colour here (blue). It is working perfectly and the colour is now a highlight rather than an indication of a grade as such.

@caitlin_crowley , where did you tweak this at? Could you also provide a screenshot of what it looks like now? 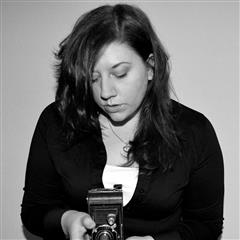 @caitlin_crowley , did you use CSS and/or JSS in the theme editor to change the color?

Well, to be honest I didn't do it, but the geniuses in the tech team changed the CSS. We went with blue for accessibility reasons but also because we have more than three cut points so therefore the colours didn't actually mean anything. Also as you can see below we are using the for competency based assessment which means we grade for competency then we grade with feedback in the same rubric. So the red would have been associated with something that was actually a grade/pass - so it just got confusing! We're very happy with this. We made the tweak before we introduced it so our teaching team here never worked with the traffic light system.

@caitlin_crowley , thank you for the screenshot. It looks great! Was this done through a tech team at your institution? If so, would they be willing to share the changes they made in CSS? I'd like to make the same changes and play with it in our test instance of Canvas.

I believe the rubric colors are connected to the Learning Mastery proficiency ratings that can be modified by your Canvas Admin: https://community.canvaslms.com/docs/DOC-14976-4214937608

Colour coding in principle is a reasonable idea in that colour helps to draw attention from mere black and white.  But red is so 1980s....  As an English teacher correcting hand written work, I'll always use a green or black or even sometimes an orange for that reason.

, red and orange are too similar with both having negative connotations. I get why red was chosen but in this day and age, 1/5 is now more of an opportunity to see where improvement is needed rather than an error that needs to be penalised.

When this was introduced, a teacher crossed the yard to express her outrage about red and orange suddenly being imposed!

To summarise, colour is good to draw attention but I'll be looking at changing the colours in Learning Mastery.

Unfortunately, there are two posts on this same topic...don't know if that's been "splitting" the votes. I am wondering why this has not been solved since 2018!

Agreed! These colors are a terrible idea. Instructors should be able to disable them or change the colors.