Status: Open for Conversation Submitted by chriswhite on ‎05-05-2015 10:22 AM
(221)
With the way that many schools set up forum discussions and require "check-ins" to the forum throughout the week, it would be great if we could include multiple due dates in the discussion activities. For instance, I have classes that require everyone respond to the prompt by Thursday night and respond to at least 2 peers by the following Sunday. Being able to remind students that they have responses due, especially if we could scatter responses over multiple days, would likely increase participation.

"It's supposed to be hard. If it wasn't hard, everyone would do it.

The hard is what makes it great." Manager Jimmy Dugan Rockford

Peaches from A League of Their Own.

You could try weighting your assignments by groups, and including a reminder group weighted at zero percent.  (Even just one big 100% group, and one 0% group would work.)  Then put all reminders in the 0% group, and assign each reminder as a graded assignment worth the number of points actually associated with replies.  Those reminder assignments will show up in all lists, and students cannot claim they skipped because it was worth zero points.

The reminders will also clutter your grade-book this way and require explanations if you leave the reminders ungraded, but they would show up in all to-do lists at the appropriate point value.  If you do grade the reminders (maybe complete/incomplete) the points will not add into the final grade because their group only counts as zero percent.

There is an option in the assignment settings "do not count towards final grade". This would mitigate the need for an assignment group, not sure if they still appear in the grade book.

A year ago, I would have given serious consideration to your idea and it still may work for some people, so thank you for sharing.

Now, I've finally got a system that I'm finally mostly happy with and didn't tweak this semester to find a better way. I make the Due date when the initial post is due. I create a non-graded assignment for when the follow-up is due by and the discussion closes to the students. The initial post will cause the first assignment to drop off the To Do list and the non-graded follow-up must be manually marked as completed for it to disappear before the discussion is over. The grading rubric now has a separate item for initial discussion and one for follow-up post so students are reminded that there's two parts to this.

I'm just using a single follow-up assignment now, but I had tried a series of calendar events every couple of days in the past. Whenever I've tried to game the system and make the due date early so that students can be successful, a contingent of them consistently looked past all the visible notices and messages and other things that Canvas tried to give them and found the absolutely last moment they could turn it in (the available until date) and that's what they went off.

The reason I'm mostly happy now is that I'm not coddling the students and trying ways to force them to be successful for a group who want to do the least amount possible. It's not a case of they don't know about it. They know about it. It's mentioned several times in class (almost every class period), it's in their To Do list, they go out of their way to find the last date possible to submit anything rather than paying attention to the due date.

The discussion is composed of two parts -- an initial discussion and a follow-up period. The follow-up period is not a deadline or something to be checked off as completed, it's a period of on-going engagement by the student. If they don't do the discussion the way I've asked them to do and they wait until the very end or do a post-once reply twice like other instructors want, they don't get a very good grade on the assignment.

James,  good points, I hadn't considered that part of the objective in the OP. 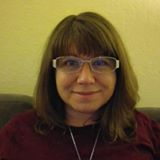 YES, This is a great idea on how to manage the dual due date for grading! Thank you Susan.

Why contain this to just the forums? This is something that would be useful for projects. The ability to set benchmarks would be super cool without having to make separate assignments.

Actually, I'd would not want to have the 'main post' box shut down in the middle of the week, after initial or primary posts are due. I often use top-level posts to kick off thematic discussions mid-week, after everyone has pitched in. Additionally, I invite students to do so - for example, posting a top level post (in addition to their own original primary post) that summarizes/contrasts approaches raised by 3-4 students in the class, and asking the class a follow on-question. This is best done as a top-level post. 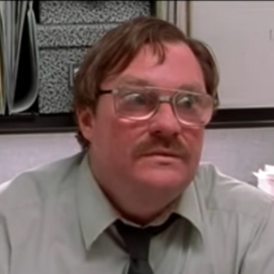 Agreed. While the original scope focused on discussions, I believe this would be useful for many assignments. 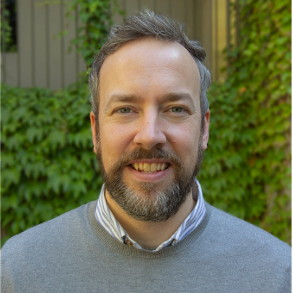 Exactly what I was thinking when I proposed https://community.canvaslms.com/ideas/1263-student-journal-or-blog-feature" modifiedtitle="true" tit.... Nowadays I don't think we really need a new tool in Canvas...multiple checkpoints on one assignment/discussion would accomplish a blog/journal feedback workflow throughout the term really well.

Students often misunderstand what Canvas is telling them about discussions. When I set up assignments to have the first post be the post date (because of limitations of the current system) they think they are being given 24 hours to complete an assignment, when that isn't that case. We really, really need these multiple due dates, including a system for reminders that can go out during the course of an open discussion.

Kelley, just to poke the bear a bit (because we both like to do this, lol):

First of all, I can only speak for those of us who live in the K12 world, although I would like to think that this would apply to the blended classroom at higher ed as well.

I would argue that improving the teacher's workflow also contains the potential to vastly improve student learning. By improving teachers' Canvas tools in ways that allows them to gain back some precious class time, this newly freed-up time can be used for what we know gives our students the biggest bang for our teaching-and-learning buck: 1:1 and small group conversations, lessons and projects.

Thus, I would propose a variation to your list:

I will now put away my bear-poking stick 🙂

Along with the checkpoint due dates (awesome idea), it would also be terrific if we could control Module Requirements for a minimum number of posts per person before the green checkmark displays. Now, if the requirement for a discussion is to "submit" or "contribute to," the green checkmark shows up after a single post. If a post plus replies are required, that green checkmark sometimes convinces a student that they are done (if they are using the checkmarks for the check-off list of things to do). In the same way that a quiz can be prevented from getting a green checkmark until a certain score is achieved, it would be AMAZING if discussions could have a minimum count of posts by students. THANKS!!

Yes! My students are struggling this semester because the To Do list doesn’t match what they need to do (not having accurate representation of multiple due dates and it being marked as completed with just their post).

Thank you for this idea! So simple, but would be really helpful. As a student who has taken many classes where discussions have 2 due dates, I always had to go outside of Canvas to set multiple reminders for myself to go back and respond in a discussion. This was okay for me because I am very organized, but many students are not going to remember this along with all of their other assignments and due dates.

I agree that this would be a valuable tool not only to potentially increase participation, but to give me, as the instructor, a tool for more easily monitoring student engagement. Bravo Chris for bringing this to the forefront.

This is just what we have been looking for.  We have discussions which open on Monday at 12:01 AM and require students to make an initial post by Wednesday, another post by Saturday and a final reply to another student by Wednesday.  Having multiple due dates will make these graded assignments easier to grade.  MDS

You can put the Thursday date in the calendar manually. I do that, but I too would like Canvas to allow multiple due dates for discussions.Thanks for suggesting it.