This idea is complete.  Please review

*Note: iOS does not provide the ability to toggle between multiple grading periods at this time.  It will display only the current grading period.

I would like to see this as well! My students' favorite aspect is that their grade is right in front of them, but that is not true now that we've started a new grading period.

Thank you for submitting this feature idea! In order to attract the support of other Canvas users to support an idea we always encourage those who submit feature ideas to review and do their best to comply with these tips: How do I write a good feature idea submission?​

If you need to make any adjustments to your original feature idea, just visit your feature idea page at any time, and click the "Edit" button (right-column), make changes, and click "Publish"

In the meantime I will update your feature idea to go up for voting on November 4th!

It is absolutely necessary that the app have a grading period filter.  In K12 where we live and die by the quarter grading period, the year long average which the app currently shows is pretty useless.  We have to advise students and parents to go to the browser version to see their real grade and then they start to question why we use this software if it shows an inaccurate grade.  Let's make this feature happen asap.

I am thinking about the entirely inadequate LMS (not Canvas, that's for sure) my Granddaughter's school uses, and what I as her parent would want to see and a big thing would be better grade monitoring functionality.

I would vote for this and other enhancements that can help parents become better participants in their child's education. Then more K12 schools will adopt Canvas, and life will be good.

I agree that this is crucial. This is our middle school's first year using Canvas and this could be a deal breaker. It was not until today the quarter is ending that the question arose. While we as teachers can filter grades by quarter, students can only do so online. We've taught our 6-8th graders how to use the app, as we are working on iPads. The online version does not work well and I do not want them to have to look in multiple spots for their grades. Having everything in one place and having that easy access for kids was the biggest selling point for our school to use Canvas. I am disappointed now that their dashboard is inaccurate  and am reminded once again that most LMS systems are not yet k-12 friendly.

Students rely on the APP for "instant" grade view. Since our school "functions" via grading quarters, a current quarter grade is essential. Any student desiring a current cumulative grade is able to view this using a browser. Thus, my vote "up."

Yes!!  Definitely would love to see this feature added.  Our students were able to keep track of their grades right in their app for the whole first quarter.  Then the second quarter hit and we all let out a collective "Noooo!" when we realized that the students could no longer keep track of their grade with that amazingly user-friendly feature of showing their grade right on the home screen of their app.  (Which, by the way, was one of the big factors that led us to adopt Canvas for our 1:1 iPad program instead of Schoology or other options).  We loved how organized and user-friendly Canvas was.  Still do, but will feel like our productivity and students' responsibility and ownership of their grades is suffering a setback until this can be added. 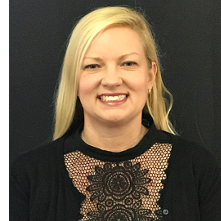 This is absolutely necessary for our students.  Please make this a priority!

This is VERY important to my students.

My middle school students are confused by the "total grade" in the Canvas app.  They believe it is their current grade for that quarter.

As a parent, this is very important to gauge the progress of my 2 children.

Just a quick update from Instructureland...We're aware that multiple grading periods aren't currently supported in mobile and we're actively working with the gradebook team to get it fixed.

Thanks Peyton.  is there any ETA on when this will become available?  Our 55K students and 106K parents are heavy users of the mobile app, but are very vocal that grades are WRONG. We hear this everyday.  We have explained many times the app is an aggregate of grading periods and they should disregard until it is fixed and the browser offers the most accurate quarter grade, but this creates a perception that Canvas is a flawed product.  As soon as this can become available will be helpful.  Thank you.

It's been two weeks without a reply, so I will echo Joe's question: Is there any ETA on this fix?  My school has 4,000 students using the iPad app, and if they can't see their current, accurate grade, I'm not sure why I (or any other teacher) should use Canvas at all.

Virtually every school in the country has semesters and multiple grading periods; it's hard to understand how such a problem wouldn't have been remedied during development.

Update: This is the highest priority mobile issue and we're aiming to have an update pushed live in February. I'll have a more specific timeframe once we're closer to development completion. Thanks for your patience!

This is great news! We rolled out multiple grading periods to a few of our year-long AP courses, and our students (and teacher) are happy to see that the update is in the works.

Heads up, support for multiple grading periods is coming to a mobile device near you! Updates have been pushed to the iOS and Android app stores. Our update is pending Apple's review in iOS (hopefully rolling out to 100% of iOS users by the end of next week), and is already in staged rollouts in Android (roughly 50% of Android users should have access to the update now, 100% by the end of next week).

Other note: If you aren't using multiple grading periods, none of this applies to you.

I personally don't use mobile, but our students do and so do many of my faculty! Even so, were are not K12, so not much use for multiple grading periods on our campus, but some of our faculty are exploring the idea because we are a tech college and sometimes our terms can be rather flexible or the term of a specific course may not match our official terms.