Sign In Community FAQ
Idea Conversations: The Path Forward | Shiren Vijiasingam, Instructure's CPO outlines an overview of the new approach.
Turn on suggestions
Auto-suggest helps you quickly narrow down your search results by suggesting possible matches as you type.
Showing results for
Show  only  | Search instead for
Did you mean:
Options

320 Kudos
Status: Completed Submitted by bnepal on ‎11-03-2015 09:02 PM
(61)
Fill in the blank only allows word answer. If my students needs to enter (2sin(x)cos(x)) or something from calculus it gets confusing. If students as well as teachers are allowed to use Rich Content Editing in simple fill in the blank. I believe it will make it easier for all the chemistry and math teacher because it will enable latex typing.

For Example: This is hard to input:

Thank you so much for your idea submission.  It will move forward for voting opening today!

I found a similar idea that may also interest you.

@ReneCarney I do know this is a feature others would want to see in canvas. Would you mind telling me how I can get this out to other people. Basically how do I inform others in canvas community regarding this?

Yes, it would be nice if all question types had consistent access to a RTE.  I end up having to occasionally redesign quiz questions in statistics in order to get the greek symbols I want.  p-hat and x-bar are especially difficult

Hello! Be sure to post a link to this and ask for help in the Teaching Math in Canvas group page!

Yes, please! I work with middle schoolers, They all seem able to figure out various math editors, but when faced with text-based math they end up with weird things that aren't readable (partly that's their emerging understanding of notation). I end up twisting really good questions to fit into a way that I can have kids answer without typing in formulas.

If we want kids to have math fluency they must be able to practice writing the language they are trying to be fluent in.

Tests should never be "Gotcha" moments and it does no good to assess them this way if their answers can't look like they should.

canvas can't grade from a picture and that is what the rich content editor creates.  A simple work solution for the programmers would be to have an image display showing up as  student types a math equation.  It would show how it would appear if handwritten or in "mathprint" form which the new ti calculators now offer.  The question would still be graded  by the typed entry.

I have often thought of having students go there and type it in and then copy and paste into campus but the problem would be that Cymath.com it also shows them solutions and it is an external website.

If the programmers are really good then they could also check for equivalency in equations too.  Some students might divide by the inverse instead of multiplying or they may use a lot more parentheses for example.

PLEASE!  Just got off the phone with teachers who are BEGGING for this.

It sure would be convenient. Send them all a link to the post and have

them comment. That will push it over the top to the voting area. If it

becomes available for voting, then send them a link so they can click to

vote. If we get 70 to 100 votes then canvas implements it eventually.

Have a great day.

We only need a few more votes to get this passed!  Please send this idea to anyone with a canvas account that would be willing to add their vote!  Having this would be a real game changer for how useful Canvas is for math and science.

13 more votes!  Tell your friends, email your colleagues, do whatever you need to do to make sure this gets through!

This statement does not reflect the way voting works in the Community.

100 votes keeps the idea from being archived after 3 months from lack of interest.

Being in one of the top ten responses that haven't already been responded to will get Canvas talking about it. They are free, of course, to look at ideas that haven't reached this mark as well.

The definitive guide is How does the voting process work for feature ideas?

It really seems that this discussion belongs with the Modern Quizzing Engine , which is already on the roadmap. In fact, several people over there have commented about equation support.

There seem to be multiple ideas running through this feature request. Part of that may be because of the naming "Rich Content" suggests you want the Rich Content Editor and so some people think all questions should have access to the RCE and they're in favor for a different reason.

However, the main thrust seems to be for a math-pad type thing like MyMathLab or WebAssign have that allow you to do WYSIWYG entry of formulas.

That, in my opinion, belongs in an entirely different question type than fill in the blank. Either that or fill in the blank needs modified to add a checkbox to allow math-pad entry. That's a clumsier interface and and wastes valuable space, but the Modern Quizzing Engine movement could work on that.

I say different question type because of what you want to do with it.

If you just add a rich content editor, then someone may enter x2 by typing x and then clicking on the superscript button on the toolbar to type the 2. That returns an answer of x<sup>2</sup>. Someone else may use the math-pad to enter the x, click on the superscript button, and then type the 2, but because of the device used to create it, it comes back as x^2. On the other hand, someone might do just plain text entry of x^2. Another student, being a little bit of a smart-aleck and empowered by Common Core to give answers in different ways, gives an answer of x^(6+4-8).

On the other hand, someone wanted their students to have the ability to enter Greek symbols. So let's say your alternative hypothesis is μ1>μ2. But equally valid answers include μ2<μ1, μ1-μ2>0, and μ2-μ1<0. Entering the subscript will generate different text depending on whether a student uses the subscript button on the toolbar and gets &mu;<sub>1</sub>&gt;&mu;<sub>2</sub> uses a math-pad that returns LaTeX and gets \mu_1>\mu_2. Don't forget to allow for all of the other equivalent forms.

What you are essentially asking for, whether or not you realize it, is a full-fledged system that will check for equivalent content. That was even a previous feature request .

There was a question that was similar to this feature request Re: Equation Editor with Fill In The Blank Question Types , where I wrote much of what I'm writing here. Another issue that I mentioned there is that LaTeX is a formatting language and people most likely want a mathematical object that they can operate on and check for correctness -- not based on what it looks like, but what it represents. Even in the original feature request, there are multiple ways to write than answer and I probably would have expanded the denominator in the first time and then combined the entire thing to be a single fraction. You could have distributed the subtraction over the numerator of the second term and made it addition.

What you need is the ability to create a mathematical object that can be recognized and treated as mathematical content. That implies the ability to do mathy things with it. It cannot be a fill-in-the-blank response to be truly useful. It's a whole lot more than just allowing someone to enter an expression with a WYSIWYG editor.

While using a WYSIWYG math-pad type editor would be nice and may be part of a solution (with an option to show it, even on mathematical content questions), it should return at least two things -- the visual representation of what the person typed and a mathematical object that can be used to verify correctness.

Fill-in-the-blank is not the place to try and grade mathematical content.

Thank you for this suggestion.  We are definitely looking to implement the rich content editor in multiple places for the Modern Quizzing Engine project. More to come in the next several months. I've added this to my to my backlog and suggest we archive this conversation for now.

Thank you everyone for your vote and support. Can't wait for this feature to be available.  This will be amazing. 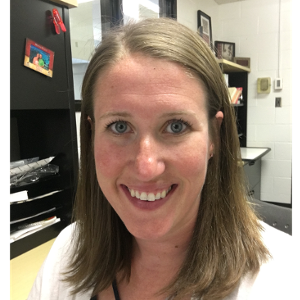 This is a huge thing that would be extremely helpful not only in multiple choice but in all of the tech enhanced options.  As a 6th grade math teacher I can't even have my students properly enter a degree symbol or give that as an option.  I would LOVE to see this implemented and would use it daily!!!!!

This idea was moved from Under Consideration stage (no longer in use) to the Product Radar stage.

This change was made as part of a feature idea process evolution.  Find more information, and contribute insights, by joining Focus Group: DRAFT Feature Idea Space.

I would also use this all the time in science!