Sign In Community FAQ
Community email notifications may be temporarily disabled as we perform some maintenance.
Turn on suggestions
Auto-suggest helps you quickly narrow down your search results by suggesting possible matches as you type.
Showing results for
Show  only  | Search instead for
Did you mean:
Options

I just had an interesting conversation with some fellow instructors at other institutions about the pedagogical value (or demerits) of allowing students to retake quizzes, either multiple times or indefinitely, and we came up with a solution that we all wanted but nobody's LMS would do: random draw with no repeats.

The idea is that one could build a question bank, for example, containing 100 questions. Students would get a quiz that drew 10 of those questions. If they were not satisfied with their score, they could take a second attempt, but it would draw 10 different questions; they would not get any of the same questions they had on the first try (so no just memorizing!). They would be able to take this quiz up to 10 times, until they ran out of new questions. Ideally, this would be paired with a "keep latest score," so that each successive attempt would replace the previous score, thus motivating students to study what they missed and do better on the next attempt, rather than just retaking and hoping to get "lucky" with a new "best of 10."

@bsr
Thanks for sharing this idea. We've moved it forward for further discussion after editing the title slightly to include "New Quizzes," as our teams are not developing new functionality on the code base for Classic (Old) Quizzes. For context, it sounds like this is requesting the reverse of New Quizzes: Same questions for multiple attempts ... - Canvas Community

This is similar to what I do manually in my mastery-based class - students have to get 100% correct on each assessment in the class, but they can retake. So I have 12 different versions of each short assessment (29 assessments total, so 348 total scenarios) - if they don't pass, they get a different version than any they've taken before. I do this through Canvas, but it takes a LOT of effort - each scenario is structured as a practice quiz, so the students don't have 348 items in their gradebook, and I have an assignment for each assessment in the gradebook where I record if each one is complete or incomplete. This would be a MUCH easier process if I could have each assessment be a quiz with 12 different questions in a pool, select one question, and no repeats if they retake. Right now, because the assessments are practice quizzes, I get no notification when a student takes one. I also have to look up the student's work in a different place from where their answers are; it's quite tedious. Life would be SO MUCH BETTER if this idea were implemented. 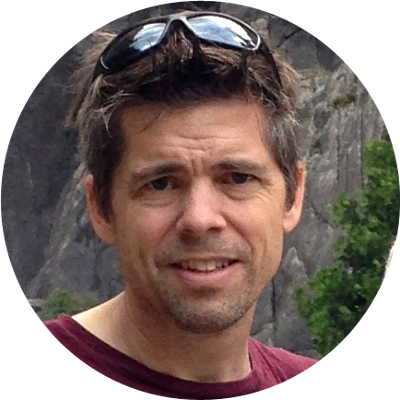 Love this idea. I do something like this presently for my chemistry 'homework' - I use a Classic Canvas quiz with several question groups. Each group contains 4-5 different versions of a question with a solution. Then I give students 3 attempts and hope that they will see different questions on the retake. My desire of course, is not that they memorize the solution to a problem, but learn the technique and apply it to a different problem.

Still looking for a good way to set up similar assignments using New Quizzes. This feature would be awesome!

I am an instructor using question banks in order to give quizzes in which different students are presented with different questions, and students are allowed multiple attempts to pass. It would be nice if Canvas would check previous quiz attempts so that students are not given the same question on subsequent attempts unless they have already seen all of the questions. At present I am simply relying on the laws of probability to prevent students from getting too many repeat questions.