It would be a wonderful addition to allow multiple numerical blank questions.  Essentially take the numerical answer question and cross it with the fill in multiple blanks type of question.  Many instructors have questions that contain multiple parts.

I think our community will need more information about your idea before they can vote on it.  What is the problem you are seeking to solve?  What are the use cases for your idea?

It sounds like you are suggesting a modification to a question type, but I'm not sure!

This has been a request that has popped up more than once in the Community. Normally the answer is to send people to the modern quizzing engine, which has been replaced by Priority: Quizzes.Next‌.

I believe the last time I saw it was related to having a table of numeric answers -- here's one of them https://community.canvaslms.com/message/48648-numerical-answer-in-table-cell , but it's more than that.

In my classes, I ask students to find a confidence interval, which contains a lower limit and an upper limit. Right now, I can only ask for one of those unless I want to mess with the fill in multiple blanks, but there are issues associated with that like 2.40 is different from 2.4 or 2.400 in a text question, and 2.39999 would definitely be wrong as a fill in the blank, but okay as a numeric question.

I imagine what  @john_williamson ‌ is asking for is the same thing -- to allow multiple numeric response items in a single question. Don't read too much into the cross with multiple fill in the blanks -- that's getting at the how it's done rather than the bigger picture. His suggestion was that it could be setup the same way that multiple drop downs or multiple fill in the blanks are, but when Quizzes are redone, there may be a completely different (and better) way to accomplish that.

Thank you, James.  This description will help our community to better understand what they are voting on!  I'll move this back into the voting stage.

You hit the proverbial nail on the head with your description.

good to know this isn't possible at this point -- I was going to try to figure it out!

I agree with the need. It would be great to have the abiliry to ask multiple questions using a single set of generated variables. It would also make equation question entry easier if you can use the answer from one question as input in the next question. 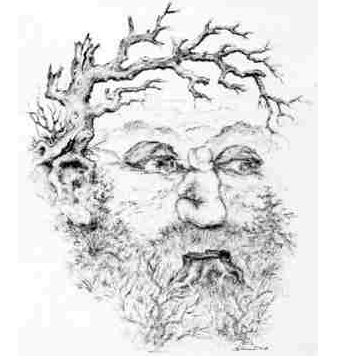 Agree that  @James  has it right.

Would like to ask that the rectangles used by Canvas to locate the numerical answer input be 'place-able' like the text box entries. I use them to ask for coefficients of the equations students must derive.

For example: Ax^2 + Bx + C. I could just ask for A, B and C, but it makes more sense to the student to have a rectangle to fill in so the equation they derived on their paper reads the same on Canvas.

I voted up on this idea, as I can definitely see a use for this.  However, what I would REALLY like to see is a question type that allows me to combine multiple drop-downs, fill-in-the-blanks, and numerical blanks all in one question, much like the CLOZE question type found in other LMSs (such as Moodle).  I created a lot of questions in this format for my Physics class when we were using Moodle and would like to see that capability in Canvas (it is ideal for conceptual-followed-by-computational type questions).  I'm hoping to see this question type will appear in the updated quiz engine.

Make sure to sign up for the https://community.canvaslms.com/community/ideas/quizzesnext?sr=search&searchId=39f5bb0f-b2a4-4cef-ae... Beta Test team. 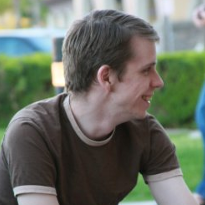 I would be really interested in seeing this option added for formula questions as well. I would love to have students give coordinate answers, or solve quadratics. As an algebra II teacher this would open up a lot of possibilities!

I would also like this - I remember using CLOZE questions to do this kind of thing in Moodle (among other things - I miss that question type because I could basically build worksheets with it) and it's particularly handy when students are doing things with coordinates. I think it would be particularly useful if you could further flag the blanks as "order matters" or "order doesn't matter".

If I'm asking students to find an (x, y) coordinate, order matters (if the correct answer is (2, 3), then (3, 2) is not also correct), so I'd need the blanks to be x = ____(correct answer 2), y = _____(correct answer 3). More generally, the scoring of correct answers for the two blanks are independent, since what they put in the first blank does not affect which answers are correct for the second blank. This is the easiest case for end users to set up correctly, and presumably the easiest to implement in the quiz engine as well, since it would just be chaining an existing existing question types together within one question.

If I'm asking students to tell me which two numbers are solutions to a quadratic, order doesn't matter (if the two answers are x = 2 and x = 5, then answering x = 5 and x = 2 would be equally correct, but answering x = 2 twice would not be so you'd still need it to look at the set of student answers as a pair rather than just list both possibilities for each answer). In that case, I'd need logic like x = ____ and x = _____ (correct answers are 2 and 5, and either could be in either blank as long as both are used). More generally, the scoring for these blanks would be dependent, since the correct answer for the second blank depends on the answer for the first blank. Creating questions for this question type would probably consist of something like asking for the number of blanks and then creating the set of right answers for that set of blanks.

(I'd rather have ones that only dealt with the independent case than not at all, though.) 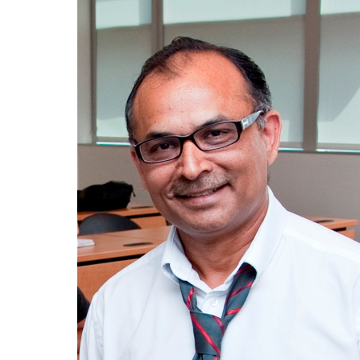 Who is voting this feature down?  If you are, you should comment why?  The issue with multiple blanks would be if the two answers can be interchanged correctly by the student.  For example, if I ask for two roots of x^2+5x+6=0, the answer could be -2, -3 or -3, -2.  Would Canvas take care of such issues if they develop a new question option? Or do we want to ask the question by asking them to put the answers in ascending order (such requests may create unnecessary myths in our students)?  I am still waiting for the new Quiz Engine that was promised many years ago.

Thanks for posting this so I can know to keep going with other projects and let Canvas be..... I'm not sure people understand that what is a "workaround" for some is a genuine barrier for others.  Perhaps they do but... they've got enough basically satisfied folks to keep doing what they're doing.   Wish they would stop pretending about the Quiz Engine!

@kaw  and  @siouxgeonz , specifically with reference to the new quizzing engine, the Quizzes LTI has been live and in active beta testing for several months. Instructors and students at participating schools can use the Quizzes LTI right now. Those interested in looking through the documentation and features can browse through Quizzes LTI User Group‌, and can join the group to ask questions there. If you're an admin at a school that would like to become an active participant in the beta, please contact your Customer Success Manager (CSM)—and if you're an instructor, please contact your Canvas admin to request that access.

Thank you but the semester has started - so I will pass this semester.

The biggest expectation I had was the choice made by the instructor in the setup of a quiz of only asking the questions that students got wrong in the previous attempt. This seems to be lacking in Quizzes LTI.  One may say that this is not important or that it will lead students to guess the answers. However, this would be a great feature for those of us in STEM who can build algorithmic questions, and it would still be an instructor's choice how the quiz is set up.  What I see is that the students get gamified and spend too much time trying to get every question right, and hence leaving less time for other HW assignments.

I used to have 9 questions on a quiz with three attempts for each of the 30 subtopics in my course.  I have since reduced it to 3 quizzes with 3 questions for each subtopic. Still, students get gamified and have to repeat questions they got right as well.

@kaw , that is the subject of a separate feature idea that is currently in Product Radar status: https://community.canvaslms.com/ideas/4709-carry-forward-correct-answers-on-quiz-multiple-attempts

This idea sounds similar to my own I posted today, but with out more detail I couldn't be sure so I posted an idea for a feature that I use with a former colleagues creation.  It is an idea that would make possible, say a projectile question were the student could report the horizontal and vertical components, or the angle using one set of variables.  I called it multi step calculations if interested

This is taken from my question/comment a little bit ago with prime examples of where this is necessary! All answers are fill in the blank. Multiple numerical with range would give the ability to self-grade this quiz and quickly fill in the chart.

"In teaching, math and science sometimes fill in charts are a necessity. These charts can be math orientated where I need the "numerical answer" with a tolerance. The problem is, to fill in the chart, I need an option like "multiple numerical answer" sort of like the multiple dropbox option currently available. The only way to currently fill in a chart is ridiculous and doesn't even look like a chart and gets confusing to my students. My classes have lots of filling in charts with numbers, and there is no efficient way to do this.

Does anyone have a suggestion or can someone at Canvas look into doing a "multiple numerical answer" like the multiple dropbox option?! This would also help with quadratic equations looking for 2 answers that need a little tolerance so I'm not doing fill in the blank with multiple correct answers that take forever to make.

Below is an example of an electrical PEIR chart where not all the answers are going to be "pretty" whole numbers.

Below is also an example of Physics Weight x Arm = Moment Chart used in aviation and physics for levers and example or real life lever application.

I work with vectors (3 values) and imaginary numbers (2 values). There are not multiple correct answers - students must fill in all blanks correctly (within rounding errors) to get the answer correct.