YES! This has been an ongoing issue for our faculty since we switched to Canvas and would be a huge time saver! As it is when we need to fix a question we have to fix it in the bank and then try and remember every other place the question has been used!

Yes, having the question banks dynamically linked in real time to open quizzes would be a great time-saver.

I'm not sure I understand this suggestion as written, but I have voted for it anyway. I do think making a change like this would confuse an awful lot of people, though. Many years ago, we used WebCT, which used pointers rather than copies when questions were imported from a question bank. We had to go to great pains to explain to people that when they edited the question in the bank, it would impact every quiz that used the question. Personally, I find that natural and right, but faculty tend to think locally. When we migrated to Sakai, we had to re-educate everyone for the logic of copied questions that could be edited individually without impacting any other copy. It was a big loss, IMO, but I think for most non-technical people with no training, it is what they expect.

I absolutely think a way to do a global edit would be a huge improvement, but you still need a way to break a copy off so that it can be edited individually. My suggestion would be to do what Flash does with library objects. Here's how it works. You create a library object. Then you can drag that object into an animation, and make some local modifications like resizing. Those modifications do not impact the library, but there is a limit to what you can do. In the quizzing world, mostly it would be stuff like deciding how many points the item is worth, and perhaps what Outcome it was associated with.

But here's the important part. When you wanted to change a copy in a way that went beyond the allowed local modifications, you could BREAK the link between the object in your timeline and the one in the library. At that point, the object becomes a free agent, and you can do anything you want with it.

If Canvas, and indeed, all LMS's used that type of logic, I think everyone would be happy today. As it is, I don't think you can blindside folks with a big change like this. You'd need to have a branching option when questions were imported, that offered a 'copy or pointer' choice, with a clear link to more details about the consequences.

What you have suggested makes perfect sense. I would at least like to have

the option to have the question linked to the bank or unlinked.

I agree, that what I would like to see is the ability to keep the link and the ability to break the link - so if you want to adjust or make a new question based on one already in the bank.

This is an incredibly frustrating bug, and needs to be addressed promptly. Breaking the link would be a nice addition, but making sure that quizzes always link back to the master question bank is a necessary first step.

I agree with the people that have commented here that making it so that when you update a question in a bank it would update the questions everywhere that have been added to quizzes from the bank, and also that adding functionality to allow users to calve a question off to become separate would both be major improvements.  However, the way Canvas functions today is not a bug in that it is performing as originally designed rather than functioning with impairment caused by an error in the software.

We absolutely agree there is a lot of work needed around item banks and how questions are handled between quizzes and the bank, including updating and versioning.  This is not something we will be able to actively explore in the next six months; however, the request is not un-heard. As we being to explore significant updates to the quizzes engine as a whole, we will look at this as a feature enhancement.

Just wondering if we could get update on this? I am looking forward to having a new quiz engine! Please consider all these requests with the new quiz engine because they are all vital. Most of these are archived but very important!

- If I am creating a question in a quiz, I want my questions to be organized in the question banks. At the very least create a question bank with the same name as the quiz.

- This one goes hand in hand previous idea. This is the source of much disorganization in question banks and a sore spot on our campus and for many in the community.

" modifiedtitle="true" title="Custom tags for Quiz Questions - Allow me to tag questions with keywords and metadata.

" modifiedtitle="true" title="Allow Quiz Regrade for Questions Linked to Banks - Linking to question banks was a great idea but when you offered the question regrade and it didn't include linked banks it was let down for many.

" modifiedtitle="true" title="Raise the 50-question question edit/preview cap for Question Banks- Sorry but another sore spot. Extremely tedious having to click edit on each question just see a preview.

" modifiedtitle="true" title="Ability to select multiple questions at once in quizzes and question b...- This one is in gathering info stage. It would be great to have this soon! It would certainly help for many of related feature requests.

- Similar to this request. This was one thing WebCT did quite well despite being awful for just about everything else. At the very least tell me which quizzes are using the questions in the question banks. That would be helpful.

- Account level banks are not used in Canvas because there is no way to get the questions there. You would have to copy and paste.

Are you able to provide an update regarding the status of quiz and question bank enhancement design and development? I know this is a pain point for many.

My advice would be that you follow and periodically check out Modern Quizzing Engine​, which Jason posted last week.  Now that the new quiz engine project has a panda brief that is the best place to look for updates.

Hey everyone. I thought you might be interested in this upcoming feature request on question banks from my colleague,  @noah ​. 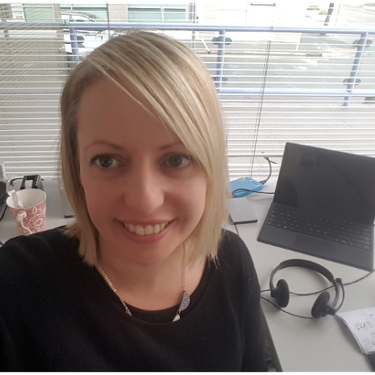 Yes, we really need this feature, it's currently very difficult to correct and update questions and ensure you are using the current version.

YES!!! An extremely important issue for anyone using question banks is that you have to "double edit" every single question - extremely difficult and time consuming.  Please add this ability.