326 Kudos
Status: Open Submitted by sbrown11 on ‎08-22-2015 01:06 PM
(8)
I am a college professor, and I frequently give recurring assignments such as a weekly reflection paper wherein the students answer essentially the same questions each week about that week's materials.

It would be great to be able to create this one time with the due date, points value, etc., and then make it recurring for every week rather than having to either create new assignments and copy/paste the content (but still assign all the values), or use Commons, which I find to be very cumbersome, and which still requires me to change all of the due dates, etc.

Thank you for taking the time to submit this feature idea.  There was another suggestion that, while not identical, I think gets at the same or very similar use cases:

However, I think your idea is sufficiently different in that, rather than having to go in and change the dates associated with multiple copies of an assignment, in the scenario you are describing you could, from one screen, tell Canvas to create an iteration of the assignment that would be do, say, every Wednesday at 3 PM up to a given end date.  Do you agree with this distinction?

I've read the copy the assignment feature request (and I will vote on it, because I think it's a great one too) but yes, the recurring assignments feature is slightly different.  As you said, I would like to be able to set up an assignment and then use a feature much like a recurring calendar appointment to say make it due every Wednesday at midnight.

From a design standpoint (I used to be in software before I moved into full time teaching), you might be able to use the "copy" feature you're showing on the other feature, and then have an extension of it that offers it up to be copied only or to recur.  If I just want it copied but want to assign different due dates, then I use copy.  If I want to make it recurring, then I choose that option.

Thank you for coming back and commenting.

I just now added your idea to the queue that will open next.

This idea is now open for voting! 😉

@sbrown11 ​, in this scenario would there be one overall grade for the recurring assignment, or individual grades for each occurrence?  The former case might be like the idea.

Individual grades for each occurrence.  I assign a weekly reflection in my college courses.  It is always due the same day/time each week, always worth the same # of points, and generally asks the same question(s) (but about that week's material).  But, I do grade them individually.

Thanks, Shannon, for the clarification.

This would be huge.  I teach high school and give weekly current event quizzes and weekly style quizzes.  It would be so beneficial to only have to type that in once and hit repeat.  There is an option to repeat on an event, but not an assignment. Thanks.

This would be great at the K-12 level as well!  Often students have a recurring assignment.  It would be a great time saver for teachers if they could set up the assignment once and have it replicate each week/month.  Thank you for the great idea!

This would be amazing! So many assignments are done on a weekly basis and this would save teachers so much time and remind parents and students what is coming up

This would be so helpful in my unit planning. My students would see what was coming and it would save me time in planning.

I read through all of these posts and admit I did not read through the "multiple due dates" feature submission.  I definitely support the idea of recurring, but I believe simple recurring is just too limiting.  So the idea of being able to select the dates on the calendar that you would like the separate assignments to go would be an excellent and highly useful feature.

I see see a teacher, either from the "more options" choice within the calendar or from in the course editing the assignment, being able to select a "copy to [date]" button that allows you to select days from a mini- calendar that would create those unique/individual assignments and tags them with a number indicating its occurrence. "Journal entry 1" then "journal entry 2” and so on...

+1 for us, our high school is behind this.  Excellent feature request to help Teachers with recurring participation, journals, etc... 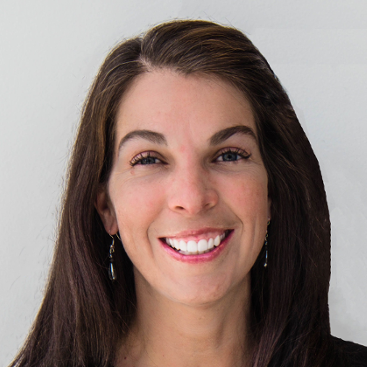 ddrake​ and  @blinford ​here is another one you may want to Vote Up!  Thinking about the Student Acknowledgement Statement assignments for sure

Also, done! Thanks for thinking of us!

Agreed!  I'd like to see it expand to reflect recurring daily assignments especially for Performing Arts and PE teachers that assess participation.

I like this, but would request that it allow a certain number of times, not just recurring on a certain date. We have classes that require X journals/blogs/logs during the term, but all are due on a specific date. Some do them weekly, some do a few a week, some skip a few weeks. It's such a pain to update up to 29 times (for one of the courses)!

I agree as well. As  a parent of a student who struggles with organization and time management

, I'd love for my child to gain access to his assignments well in advance. (One of the strategies I'm teaching my son is to continually look ahead at what's coming up on his agenda/calendar.)

And as a teacher, I'd like to be able to provide assignments to my students well in advance. As in most calendar and productivity tools today, a "recurring" option is a must!  Thanks for reading my thoughts on this.

This is a very interesting idea.  I appreciate you all sharing the scenarios around recurring assignments and the difference between copying and recurring.  I would be very interested to know more about the scenarios in which this feature would be used.  I have my assumptions, but would like to hear your ideas.