All research on feedback indicates that it's most effective when not accompanied by marks (grades) (Dylan Wiliam, most notably).

When making assignments, I would like to be able to return Marks (Grades) and Comments/Feedback separately after marking. Could the mute function be configured to allow to mute/unmute these individually rather than together?

Started to use canvas in class with both 11 and 10, took a bit to get use too but my students especially y10 were tech savvy and we sorted everything out, like the new platform, keen to learn more

To unpack the issue raised by the original poster further:

Before the release of the New Gradebook, during the much-simpler era of muting assignments, a teacher could mute an assignment and submit only inline annotations or general comments in SpeedGrader (leaving the numerical grade field blank). When the teacher unmuted the assignment, students would then be able to view their feedback, even if no grades had been entered for anyone.

With Grade Posting Policies, this is no longer the case. If an assignment is set to a "Manual" posting policy, and the teacher submits comments but no numerical grades, the "Post Grades" option in the gradebook and SpeedGrader does not become clickable. Until this button is clicked, students cannot view any feedback. Therefore, there is no way to submit feedback to students without grades anymore. This is problematic from both a functional and philosophical perspective.

The functional use-cases for posting feedback without grades are:

Philosophically, this unbreakable association between grades and feedback:

The only workarounds are:

It has felt awful to ask these workarounds of our faculty who have been so happy with muting and releasing feedback in the past. This is a step backward from the previous workflow of simply unmuting an assignment to release any grades or feedback that are available. I would like the ability to post feedback without any numerical grades to be restored, either as a function of the "Post Grades" button or as a separate, dedicated "Post Feedback" button.

adam_engel, thank you for sharing this. We face the same issues at our institution, with one difference: our support ticket about remains On Hold and was given an issue number.

If you can ask for your support case to be reopened (or followed up in some way), feel free to mention our case number 04599833 ("New Gradebook Post Policies: Cannot release Assignment Comments without first entering grade").

You're welcome, and will do! 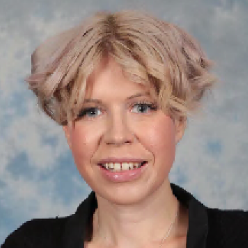 Have voted on this.  This is core to giving good feedback and we would love to do this.  We have logged this feature with our CSM as well

For assignments with a manual posting policy, comments can be posted without requiring a grade. This functionality is now available in the Canvas beta environment. For details, please read through the Canvas Release Notes (2020-01-18) 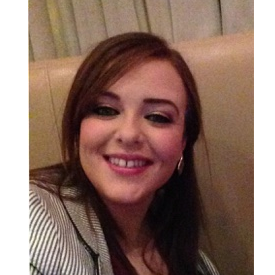 I just have a few questions in relation to this:

Is what has been released so far a first stage of development for this idea?

Will this encompass annotations?

I ask because our Academics would like the option of entering comments / grades at the same time and have the ability to release feedback separately from grades, which, would be released at a later stage.

@h_carmichael , the new capability currently in beta is specific to Speedgrader submission comments and will not include DocViewer annotations. If this additional functionality is something you'd like to see, please share it as a new idea (How do I create a new feature idea in the Canvas Community?‌)

Thanks for clarifying Stefanie, it was just that the mute / unmute being separated out that Tim raised in this idea here would have covered what we needed, that's why I was confused. I'll raise a new idea.

Thank you,  @h_carmichael . Helen has kindly created a new idea at https://community.canvaslms.com/ideas/15738-post-annotations-and-grades-separately

For assignments with a manual posting policy, comments can be posted without requiring a grade. For details, please read through the Canvas Release Notes (2020-01-18)

Thank You for sharing this idea, as well as jane.ritalampi

Thank You for your contributions. Your investment in this idea helped refine a feature that is now part of Canvas!

The way I read this, it means teachers can not put a grade AND a comment, and only release the comment? I am trying to find a way to limit how much extra work teachers will need to do. Posting only a comment, and then coming back later to put the grades in is  "double-dipping". Do you know if there is a way to input everything into the speedgrader (grade/score, comment, rubric) and then release only the comment?

@liamstakelum ‌, the functionality as designed allows the instructor to release comments for submissions that have not been assigned grades, or to release comments along with posted grades. The feature idea requesting additional granularity is currently active at https://community.canvaslms.com/ideas/15738-post-annotations-and-grades-separately" modifiedtitle="t....

In trawling through the threads about this issue, it seems like it has been a request for a while now. How likely is it to get any traction? How many  "votes" does it need before it is considered?

My worry with the work around is that it doesn't actually show an understanding of the teaching and marking process used by most teachers. Adding further steps into the cycle would more than likely prevent it being taken up by teachers,

Hi,  @liamstakelum ‌, ideas are prioritized according to the process outlined in https://community.canvaslms.com/docs/DOC-14905-75187841185 and  How does the feature idea process work in the Canvas Community?‌, and there is no absolute vote total that moves an idea into consideration.