217 Kudos
Status: Open for Conversation Submitted by gladysie on ‎08-28-2015 12:24 PM
(11)
Our instructors would like to be able to edit appointments in the scheduler instead of having to delete and recreate them.  If a student has already signed up for an appointment and it has been modified, it should notify the student and request an approval for the new time.

There are a number of situations in which this capability would be useful.

- An instructor that has accidentally created a number of appointments and needs to change them.

- A group reschedules with the instructor, it would be easier to just modify the appointment than create a new one and have them sign up again.

- A student cancels an appointment but doesn't remove themselves from the calendar.

- The instructor needs to assign students to an appointment block. (Maybe they didn't sign up yet, but the instructor wants to lock them in)

I just tried adding a <meta http-equiv="refresh" content="10"> to the header for the calendar page and it does auto-refresh after 10 seconds. This would be one approach for Canvas to have the page auto-refresh with some frequency (for example, by changing the calendar via app/views/calendars/show.html.erb). Alternatively, an institution could modify their own javascript that they add to Canvas to do a refresh periodically if the page was the calendar. Either would seem to offer the functionality that you want.

To be sure that my earlier suggestion actually works, I added the line:

The result is that the page refreshes as expected.

I should add that it ends up in the body of the calendar page as shown below:

One get the <meta> into the <head> by inserting the following:

The above works because there is a line:

The yield :head will insert the contents that were defined by the content_for :head above.

I'm reading that this was made a priority to fix FIVE years ago.  Yes, still, I cannot put a student in an appointment slot.  Canvas prioritizing instructor needs..... 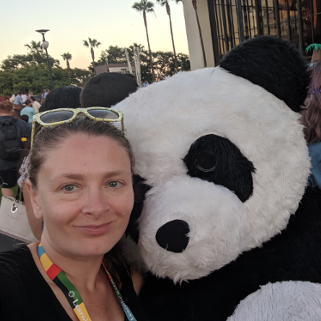 With remote instruction happening in our K12 district through January, we have use cases where support staff need to setup 1:1 appointments with students. Like classroom pullouts, the schedules for these meetings are done by staff, not opted into by the student. Adding a 1:1 or small-group session on the Canvas calendar automatically places the meeting on the To Do list for the student and adds it to the parent observers's calendar so they can provide additional supports, especially for our elementary students. Right now, our only recommendation is to have the service providers work with the student in a virtual meeting to add the recurring events to their personal Canvas calendar/to-do list, but that's not ideal for younger students and it doesn't populate the event for the parent. If the service provider needs to change a meeting time or correct a meeting link/code, they have no control over that information on the student's side. In spring they were sending the meeting information via an Inbox message, but again, that doesn't add it to the calendar/to-do list which we're really pushing as the organizational tool for students.

I would like the ability to assign/sign up my students for a calendar appointment time slot.

I honestly can't figure out why this isn't an option already. This would make my life as a professor to 150+ students each semester so much easier, considering how many can't get the scheduler to work themselves (user error or otherwise).

I very much like this idea because I have a large class with team so often I "Have students sign up in groups"  This just adds to the issue of slots taken or just wanting to meet with students more impromptu.

Also I have an issue that I think might be related - or at least this feature would solve - currently when I "Have students sign up in groups." they CANNOT see the appointments unless they were in a group BEFORE I made the appointment group/block of time slots. Thus, it would be great to just add a team if they cant see the appointment.  After they are all set in teams for the semester - it is fine but it is a bit of mess at the beginning when some have trouble to "JOIN" a group.

Please make this happen. Thanks!

As a music instructor, I've been asking my students to sign up on our Canvas calendar for their bi-weekly appointments with me and one of my students wanted to sign up for the same day and time for the rest of the semester.  Problem is that Canvas will only let her sign up for one date and wants to know if she would like to cancel that date when she tries to get dates out further.  Is there any way they can do this?  Seems like it should be possible to sign up for more than one appointment at a time, but I don't see anything in the Canvas Resources about this problem.  Students cannot make any future appointments, in fact, because they already had one, so they have to go back and cancel the one they had before in order to make a future one.
If this could be remedied it would help a lot.  Thanks so much!
Charmian Tashjian  (btashjian@clcillinois.edu)

Please implement a feature where teachers sign students up for a Canvas appointment and teachers can edit time and/or date within a created time slot.  It would be very beneficial for teachers to schedule appointments for students and edit the times/dates of appointments already created even after a student has signed up for that time slot.  I know I can edit certain information within the time slot but I cannot change the date or time without having to delete that specific event then starting over again and having students to sign up again.  If a time or date of an appointment has changed, there should be a feature within Canvas that allows the event creator to edit it.  Thanks!

I also add my support to the request for teachers to be able to assign students (and groups for group appointments) to calendar appointment.  Like others, I use the appointments to schedule in-class student presentations, and while most students sign themselves up there are always a few who don't, so I want to be able to assign them a timeslot, Having to manage two appointment lists - one in Canvas and one outside - is a real pain.