396 Kudos
Status: Open for Conversation Submitted by mwade on ‎08-25-2016 01:03 PM
(3)
We are a K-12 school. One of the biggest negative feedback items we receive on Canvas has to do with assignments being due at midnight (11:59). Parents are concerned that we effectively asking them to stay up until midnight to turn in their homework. This is especially important for our middle school and junior high students.

We would like to be able to set assignment due time to default to a time that can be set in our school's account settings.

Yes, it is true that teachers can change the time, but we are relying on them doing the extra steps all the time to match our school's assignment policy - and it requires a lot of clicks to make this simple change.

Thanks for the follow-up question.  This idea does not have any progressive stage at this time, and per the blog post (Adaptation: Feature Idea Process Changes) the quarterly prioritization updates will not begin until the end of October at the soonest.  Hope that helps. 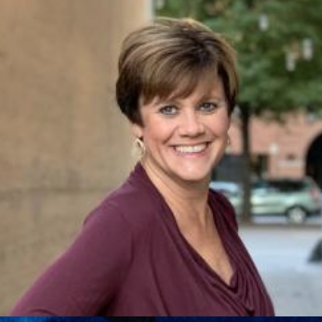 This could be a game changer for our school and it is KILLING US with parents.

I see the new tag connecting this idea to Priority: Assignments 2.0‌.  I was wrong about that.

Even though that doesn't guarantee anything, I still interpret it to mean that this idea is being considered as valuable input from the Community.

Rob, actually, it is not on the "radar" because the "radar" is no longer used.  Renee (above) mentioned the new system, but she also mentions that the new system won't be implemented until the end of October.  So right now, we have no idea where this feature request stands, except that it does have 250 votes, and it started on 8/25/2016.  Even if this idea is in the upper 10%, there is still nothing that says it will be implemented, but just that it will stay open for more voting.  And there is nothing to say that it won't be removed from the "hot" list because the "hot" list gets recalculated every period  (Meaning other ideas might replace it.  A feature being "hot" in one period doesn't guarantee that it will be looked at.)  Also, if it ever moves off the upper-10% group, this specific feature request is gone, along with its 250 votes.  The only way to get it back is for someone to post this idea again, and voting starts from zero again.

Well, Renee, did I get that correct?  Certainly, correct me if needed.  It might be that the "new tag" that Rob mentions shows up somewhere, but I don't see it.

richard-jerz@uiowa.edu, you're right (and I was dead wrong above). So sorry.

Oh goodness, I didn't realize this before - we would need to copy over our requests and reasoning to a new pitch entirely? Hmm, would there be a way of gathering awareness and impetus to see this and vote, so that we get enough participation? I guess there are no points for longevity of bringing this issue up?

Rob, I wasn't trying to make you seem "dead wrong."  Sorry about that. I was just trying to point out my best understanding of this process.

Jennifer, my post was a bit off the topic of this feature request.  We have had discussions about the Canvas process of how feature requests are managed, or in some views, mismanaged, elsewhere in these community forums.  Rob's post gave me the opportunity to point out some of the current problems, mainly that we have no clue about where this particular feature request stands, its longevity, or its status.  But Rob's post did make me wonder if I was missing something.

Somehow, it appears to me that one way to raise the awareness of feature requests and discussions is to get about a half dozen posts, then this topic seems to show up on the weekly emailed newsletter under the topic of "Trending" (or something like that.)  Anyone subscribed to this newsletter will see this topic, and then might visit it, vote on it, or comment on it.

I am one who has never understood the advantages of canning (or should I say "archiving" or "cold-freezing") feature requests and then making people recreate them again, setting the vote to zero, and starting the process all over again.  An idea should always remain an idea, at least until the idea is either "implemented" or "obsolete."

jpaull@nuevaschool.org‌, this idea is open for voting, and does not need to be recreated. Our team will start commenting on the top 10% (of which this is one) in October 2018. Please read Adaptation: Feature Idea Process Changes‌ for a thorough explanation.

We have been trying to get attention for this for years.  I would just like to point out the logical simplicity of the suggestion:  Canvas already sets the default time for assignments.  We are just asking that teachers have this power.  Canvas advertises itself as the LMS that provides the most flexibility for teachers so that we can design courses that fit our specific curricula and the needs of our unique student population.  Teachers use the assignment page every single day, multiple times.  If we have multiple sections that meet on different days, we have to adjust default due times multiple times for a single assignment.  I'm tediously adjusting these defaults many, many times a day.  I'd rather spend my time interacting with the LMS in a more productive way.

Please give us a common sense solution.