About Idea Conversations
In the Canvas Community Ideas space, you can share, converse, and rate idea conversations related to software improvements to Canvas products.

Every button on the toolbar should be visible in the new RCE by default. The new RCE toolbar presently collapses if there is too little horizontal space to show all buttons. One must then click the triple dot (kabob) button every time they want to access collapsed buttons. Extra clicks are a pain point. Buttons that are out of sight are out of mind.

My first choice for implementing this idea would be to wrap toolbar button groups onto as many additional rows as are needed to show them all. A collapse button could appear at the end to satisfy those who favor a minimal look.

My second choice would be replacing the existing triple dot icon with an expand/collapse button so that one could expand the toolbar across multiple rows. The expanded or collapsed state should persist wherever one opens the RCE.

Hi, stimme@emory.edu, thanks for sharing this idea; it's open for voting. Although it's not explicitly stated in your idea, the current functionality is that all of the tools on the RCE toolbar display (and the kabob disappears) when the user widens the browser. 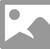 We have a new addition for the RCE in our deploy coming on August 12. Would you take a look and see if those changes will help with what you're ultimately looking for here?  https://community.canvaslms.com/docs/DOC-26928-canvas-deploy-notes-2020-08-12