Start and End Dates for Announcements

Start and End Dates for Announcements

To be honest, I am surprise that we have to suggest this. Students are not reading the posting date. Other competitor products have this option already.

As I begin getting my Canvas courses ready for summer, I am again reminded how beneficial adding starting and ending dates functionality for Announcements would be! I am again left with only two choices: 1) Delete all my announcements and recreate them when I need them (duplication of efforts as I use the same announcement script) or 2) Edit every announcement to change the Delay Posting date prior to the start of the course. Neither of these options is preferable and each takes an enormous amount of time I could be spending on the actual development of course content.

I am willing to partner with anyone wiling to start a concerted letter writing campaign to convince Instructure to remedy this issue after three years!

I would be more than willing to sign that letter. It is very frustrating and seems like such a simple feature to add. My fix has been to create a discussion thread that I never publish, and I keep all announcement in that thread. When I need one, I go in and copy paste, then post as an Announcement.

Yes please add end date to announcements.  I want them to go off the student's to do list so they aren't overwhelmed or bogged down.

Teachers need the ability to add a date range to Announcements within their Course so that it will automatically "hide" the announcement when the range ends instead of having to go back and delete from the long list of announcements created.

Yes. I'd like the ability to have a start and end date for announcements and any content for that matter. I would like to be able to easily see what information/dates have passed by a deadline date so I could easily delate it. I don't want to have to open up every announcement or posting. I am coming from Blackboard. I can put end dates on things. I can then easily see what is no longer viewable to the students and I can delete that information. I am also coming to this a bit differently because I am not using this as a course but as a resource for students within our school. The typical class structure doesn't apply.

I support this suggestion!

Start-End dates and Publish-Unpublish buttons were suggested in another comment thread that began in 2015 and STILL (Dec 2020) has not been implemented, despite input from an Instructure person that they were working on it soon (in 2015) and continued comments (nearly 200)  supporting the idea up to Dec 2020. Frustrating!

This option will allow to retain past quarter announcements which the information will be pertinent but will need edit and released  later in the quarter. Hide it from the viewer so it can be hid, edited and updated easily. Currently. I use delay posting which is tedious clicks and time consuming.  thank you. 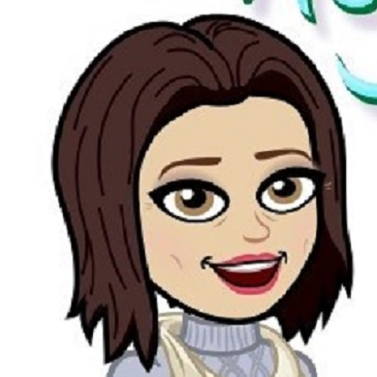 I am also very much in favor of this idea, for many of the reasons above! My primary concern is that there is no record or evidence of announcements made once they are deleted. As educators we are told to document any and all communication with students and parents, and as the current system does not provide for that documentation of previous announcements, we are left unprotected if a student or parent claims they were not notified of something that was put out in an announcement.

A second benefit to the end date on announcements would be that they can be set to unpublish on a schedule, removing an announcement that, if left undeleted, could cause confusion after the subject of the announcement has passed. As a teacher who currently has 9 different courses going, I often forget to remove the announcements from some of my courses on time.

I continue to post to this community discussion in hopes that Canvas will finally respond in some way. It continues to be very frustrating that for whatever reason Canvas chooses to ignore what seems to be a very simple request. Even an explanation of why this functionality is not possible would even be welcome.

Allow feature in Canvas to be able to auto delete announcements. For example, we would like to put an announcement in our courses and have it delete itself after a certain date or time period.

In Blackboard, I was able to check specific publication dates for announcements. For example. I could publish an announcement from January 1, 2020 through January 7, 2020 in Blackboard, and that announcement would only be released to students for the period indicated.

In Canvas, the only way I can control publication to students is to "delay" posting for a future date, and the announcement is available to students from the selected future date until the class ends.  Can you please look into copying the Blackboard feature for Canvas announcements where faculty has more control over the period announcements are released? It would be very helpful.

I would like announcement end dates, too.  I used it often in D2L Brightspace and miss it!