I’ve assigned grades based on student viewing posted media content within as Discussion, through Canvas Studio. These are videos that the students are uploading themselves, and then are required to view and evaluate each other's. All students need to watch all videos, and then each student is assigned a few detailed peer reviews. They are scored on both activities.

Unfortunately, I am told that the Canvas Studio Insights tool is not reliable for reporting student activity, as it has "issues when using mobil devices"!!  So, it is possible that a student could view a video, and Studio insights would indicate that they did not, resulting in a reduced grade!

This renders this tool useless at best, and potentially disastrous for teachers to use in this manner, which in my view is the only practical use for it. It should at least come with a warning.

Would be great if it worked!

Same issue. Why does this tool exist at all if it is not 100% accurate?

Is there any plan to actually make this feature work? Seems like false advertisement at the expense of the teachers and students!

Studio insights needs to be greatly improved. Currently the feature is unusable for me. There was a discussion in the forums I found in which the original poster made some really good points. https://community.canvaslms.com/t5/Studio-Users/Improvements-to-Studio-Insights-Needed/m-p/226781#M3...
Here's what @ghalsell  wrote:

Having used Arc (now Studio) pretty extensively last year, I was hoping that with the new name and icon, we might see improvements in the functionality of the Insights area. Alas, such is not the case. Here are my complaints (and also my suggestions for improvement):

1. Students appear in the Insights area apparently in the order that they first accessed the first available video in that course. There is no provision to reorder them, sort them by groups, etc., and judging from others' comments, if they drop the course, they still appear in Insights.

2. In my experience, the viewing data collected is frequently inaccurate. I've had students report that they watched a video in its entirety despite Insights reporting they watched either only a portion or none at all. In some cases, I'm sure I was being lied to, but in others, students whom I trust implicitly also claimed to have watched the videos, and looking at their Canvas usage during the time period in question seems to have backed them up.

3. There is no easy way to grade students on having watched a given video. I already have more quizzes than I like in my class, and I don't want to embed another one for each video I post. So, my solution has bee to grade students on how many minutes of a video they watched divided by the total time, but that approach is problematic given the inaccuracy of the recorded data, which seems to be affected by what browser was used, whether the video was viewed on a mobile device, etc. There is also no provision for the viewing data to flow to the Canvas Gradebook - I have to open the course gradebook in one window and Insights in the other, then manually enter a score for each student, after having to hunt through the disordered names to find the data I need.

4. If a student goes back and watches a video after I've scanned the data and entered a grade (which I allow), there is no means for me to be automatically notified that is has happened. The only way I know is if a student lets me know, or else I go back and periodically review all the data for each video, which again is a very laborious process, given the random order of the students' names and the inability to tell by looking at their icons that there is new viewing data available.

Studio would be a lot more useful if the problems I described are fixed. Right now, if I could avoid using Studio at all, I would, but I haven't found any other viable option to deliver my self-produced videos.

Studio Insights has potential, but really needs more work. Even just the ability to reorganize the list of views would be helpful. That way I can at least go in and manually check each student for views. But with the random order that the names appear, the feature might as well be useless. 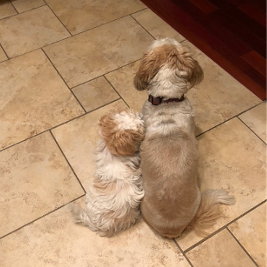 I chatted with Canvas support today regarding Insights.  I was told the information isn't accurate if the student watched the video using a mobile device.  I wanted to verify that so I went into the course as a student and watched the video using my iPad.  After a few minutes I checked the Insights information and it showed I did watch the video for a few minutes. Could this be dependent on what mobile device is being used or which one, meaning Apple, Samsung, etc. I am considering chatting with Canvas support again to let them know I tried it on a mobile device and it worked.