hey there folks! i'm Scott! just joined after lurking around for a bit of time searching for answers to questions. i'm a Canvas newbie, using the open source Community version from about March of 2017 which is running well more or less. i'm an instructor for game audio looking to create my own paid-for online curriculum for schools, teachers, and students, and since Canvas had been mentioned a number of times by other teachers, and i was less than impressed by Moodle, i thought i'd give it a try.

so, overall probably one of the most annoying things is the editor. not being about to wrap text around pictures especially seems like it would be basic 101, and sure i can muck around with html/css to get it to work, but would prefer not doing that if possible.

second, it seems like there's been a sea change in the included JQuery-based widgets like accordions which are being deprecated in favor of, well, what appears to be nothing, or rather, you get to use your own JQuery library that you install and then can use as you wish. but there's no integration with the TinyMCE-based (i'm guessing) Rich Content Editor.

so, since this community is somewhat concerned on good visual design for their courses, and i have no money to pay and no time or desire to hack CSS every time i want to put in a page with a widget or text flow around pictures, i'm wondering if using iframes is generally a better way to go? i've seen a few posts on this front and it seems to work pretty well. i was already using them to embed Youtube vids (my version is a little older than the updated Rich Content Editor, so i don't have a button for that one). and i've also checked out H5P and have plans to use it at some point once the first version of the course is completed.

curious about a few things on iframes:
1. can the iframe reference be secure? in other words, could you pass a key inside the iframe code to a server that would need it? i was thinking of creating the layout content in WordPress and iframing pages that way, but i'd rather someone not be able to open the iframe reference publicly.

2. can iframes be embedded in other iframes? is that even possible? i was thinking there might be an occasion when i would call an iframe on say, a Wordpress page, and that page would itself call an iframe. i'm suspecting this might be problematic.

3. if an iframe required JQuery to display a widget would it be able to get the rendering of that data from the iframe reference (the WordPress page in this example)? or is it dependent on the local machines configuration, like if you required Flash to play an SWF file embedded and it wasn't there?

4. has anyone created courses in which all text and media content was iframe based, and the 'page' was more or less a placeholder for the iframe? the structure, quizzes, etc would all be based and designed in Canvas, but the media and text would all be called remotely.

yep, we're pretty small scale, and the main reason we're using Canvas is just because of a possibly turnkey solution available for schools. if they wanted to use our curriculum in their system it would only be a matter of packing up the course as a package that they could then host on their systems.

about the only useful thing i've found is that its table support is decent. so if you wanted a picture on one side and text on the other, insert a 2 cell horizontal table and you're getting somewhere. plus you can make the column/row count different, so top row could have one cell, and lower rows two cells. i believe the text flow is atrocious/non-existent however, which means you're stuck with the text in the cell - it won't flow to the next section when resizing the page width or font size.

my thing is i would ideally really would prefer NOT to have to code everything in HTML/CSS. i can but i've been lately immersed in Unity3D/C# coding and would much prefer not having to do even more coding, especially for what seems to me like trivial layout issues like this. i'll slog through setting this course up in Canvas, but for the next i'm going to try iframe calls and see how they work. 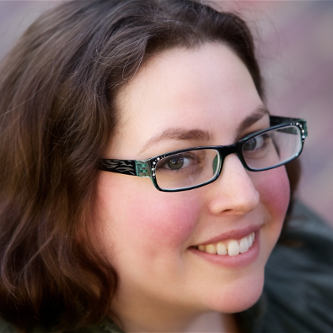 I'll be following this discussion as well. I started with Canvas in August and have resigned myself to manually coding any content that requires decent layout in HMTL/XML in Brackets as it's ultimately faster than flipping back and forth between the RT and HTML editors (plus, it produces an easily readable file for revisions/duplications/etc.). Would love to hear other strategies folks are using. My approach is probably only doable because I'm working at such a small scale, although it sounds like OP is as well.

I have the EXACT same questions you have and would love to get the answers, or at least pointed to the discussions that have already occurred regarding this.

We have all of our content already, primarily in WordPress. And in my limited experience, it seems that Canvas is a bit hostile to content that is not created in the shell itself. I would love to have it all internal (in Canvas) but the limitations are too great...