I am having trouble with my Canvas gradebook auto-populating students' retake scores on quizzes....

Hello and thank you for your time,

I am having trouble with my Canvas gradebook auto-populating students' retake scores on quizzes after I've manually entered a Zero into the gradebook for missing work.

I use the Classic-Quiz creation and have all of my quizzes set to be retaken for the highest score from 5 total attempts. After the due dates, I enter a 0 into the gradebook so students are motivated to complete. Why, then, are these zeros not updated when the student completes and scores better?

Thanks in advance for your time. 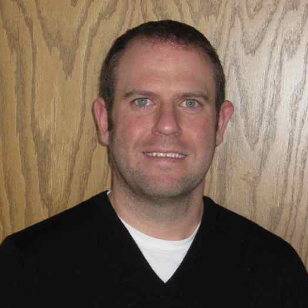 I'd love to hear from a Canvas moderator for a solid answer.

Yes, I'm entering them directly into the gradebook (if I don't put zeros in, students don't think they need to complete the work). Thanks for sharing your insights/experience...so, do you have to open up speedgrader for every section of that course you teach and randomly search for submissions that had been done after manually entering zeros? I would like to know why the "Taking the highest score possible" setting for this quiz doesn't apply to manual entries & if there is a way to change this.
I would also love to hear from a moderator on this....I was actually surprised I couldn't find anything on this topic when searching previous discussion threads.

As an alternative, have you considered using the "message students who" setting in Gradebook to remind students to do the quiz? I find this a bit clearer/personable (and possibly quicker!) than entering 0s.

Yes, thanks, I warn them at least 2-days in advance before entering zeros. Very often those not doing the work are those not checking their messages/coming to class (my district is allowing Remote learners full-asynchronous/non-required-attendance privilege....so, zeros in the gradebook is the only communication device that gets through.)

atercs
Community Member
I have been playing with it & trying to figure out this issue through trial-and-error. And, I think I've got it (based on some feedback above).
Apparently, when I put in zeros directly into the gradebook, Canvas views that as a manual override (at least this is true with the little experiments I've been doing this with my different class sections).
If we teachers want to insert "temporary" zeros that are still malleable to the Canvas quiz settings of allowing students multiple attempts for their highest scores, the zeros can't be put in directly into the gradebook, but rather must be put in through "speedgrader". MOST of the time it has updated my students scores from this speedgrader-entered-zero when they eventually took this quiz. A couple of times I had to (for some reason) manually update using the red "Update Scores" button on the bottom of the quiz in speedgrader.  (But I could at least SEE in the gradebook the "submission" icon for that student so I knew to go into speedgrader to update).
I hope this makes sense & this might be something good to tuck aside in case someone else has similar issues.
0 Kudos
Share
Reply Accept as Solution