When I started working in elearning I was given some interesting advice when trying to persuade staff to adopt new practices.

Basically, its all of the above put together - so not too tough an ask then.

The reason why I mention it is to highlight a number of irritations which is best delivered through the events of the past few days.

A tweet appeared from my colleague who was keen to develop his feedback to students. He had noticed the Media Comment feature on Assignments and had the bright idea of recording his feedback rather than typing. Not only did he think that this would have greater impact but it would also speed up the process (so 2 of the above already ticked off!). He brought up the assignment at home on his laptop and connected in the microphone (at this point he had decided that an audio recording would be more preferable than a video one). Once the connection had been made he began to record his feedback and there the problems began.

The recording box (light box?) appeared in the centre of the page and the assignment, which we needed to read through was 'greyed' out in the background.

Although you can move the box about, there was no way to minimise the box or to bring the assignment to the foreground and to be made visible. His only W.A. was either to open up the assignment in another browser or to export/open the assignment into a different location (oops, there goes one of the above items).

Needless to say he stopped. His initial plans and excitement ended.The alternative was too time consuming and in the end he found himself writing down the points he wanted to say.

I contacted support to see if something could be done as to my mind this was not a pedagogical idea but a technical issue that needed to be resolved. Unfortunately the fix/improvement had not got enough votes and had been left there.

Not completely downhearted I approached Michael Kop in our IT support team who has done some amazing things with Canvas in the past -  add link.

30mins later he came back with a solution that used 'a bit of javascript to hack the CSS'. It is simple but brilliant. On the bottom of the page he has added a min button.

Pressing this hides the light box recorder allowing you to see the students work.

Once clicked, the button changes to max.

Pressing max bring back the light box which you can press to end the recording.

Works for all types of assignments - submitted works and quizzes.

Problem solved... until it turns out that the Media Comment cannot be played more than once in the comment section without (here's the W.A) - refreshing the page. Canvas are working to solve the problem.

So were are we after this...

(ii) Are we incredibly fortunate to have such expertise on site, most definitely - YES

What gets me most though is that a member of our staff had seen an amazing opportunity with simple use of technology to transform an aspect of his teaching and learning that would have had huge impact for him, his colleagues and his students and the platform could not deliver. It did so in the cruelest way by being there but no longer being fit for the purpose intended.

Reading through this post again it sounds critical and maybe rightly so. Michael Fullan's has a woderful quote 'pedagogy is the driver, technology is the accelerator'. Canvas is a marvellous platform, don't get me wrong, but it needs to be more agile and address a number of these issues. Teachers have a very interesting relationship with technology. Whilst a few explore at the outer edge of EdTech and are happy to try out new features and take risks, the majority just want it to work and to do those things outlined above to make things better.

So perhaps Canvas, have a think about all those 'ideas' submitted that are not 'new ones' but ones where there is an expectation that the platform should deliver. I have a list of my own; the example above (and why there is not a Pause button on the recorder!), self assessment rubrics and embedding O365 in the RCE. I am sure there are others that people can think of.

As for the cryptic title of the piece. The bane of my elearning life - Here Is A Work Around.....

What a very well written Blog post! Thanks for sharing your thoughts.

Absolutely- you get one chance of introducing to staff and to see the potential in a system not being used is unfortunate.

As someone who doesn't have the technical knowledge and therefore H.I.A.W.A's, but as a leader is trying to promote the benefits to staff of Canvas, this even more important. To see the potential of a system but then be faced with simple 'issues' that stop you from promoting and sharing is tough to understand and therefore encourage other staff. The feedback options on Canvas could be fantastic, but they have to be more efficient than current practice if not few staff will embrace them.

The 'bit' (I told you lacked the technical knowledge!) we have added to now make the student work remain in the forefront is brilliant and has already made feedback easier. I am already thinking of next steps that enable you to highlight work as you are talking about it, or call up another screen that displays exemplar/previous work to use in the feedback discussion. The platform I am sure has the capacity to provide these, but will it?

Great post. I do love Canvas, but they definitely need to work on some of these issue. I feel like if your IT guy could develop a plan to resize those media boxes, then Canvas staff should be able to quickly develop a solution.

I also really hate the votes system. We we the same issues not being resolved because they do not get enough votes, but if you really look at the issues, the same topic is posted multiple times.

Thanks for take in the time to write this post. I like to know I am not alone and you are spot on, if we give most teachers tech that is half developed, they will not try it again. 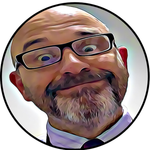